Just a few more days to wait for early adopters of the unlocked Essential Phone, while Sprint customers should keep an eye on the carrier this Friday.
Published 16 August 2017, 06:22 EDT

It’s probably safe to assume that the initial consumer excitement over the “edge-to-edge” Essential Phone seemingly inspiring the iPhone 8 design has gradually depreciated since late May.

Then again, high-profile investors continue to believe very strongly in Andy Rubin’s startup company, and their trust is now likely to be rewarded in around a week. Maybe even less.

After promising exactly one week ago that you’ll find out “where you can get” the PH-1 sometime this week, Rubin’s ever-shrinking team of marketing, communications and design experts has begun to send those long-awaited emails to early bookers at last.

Folks who’ve rushed to reserve their first copies shortly after the titanium-made 5.7-incher’s announcement are now asked for payment details and promised shipments “within 7 days”, which is phenomenal news, although it remains unclear how many units have been built so far and are ready for delivery. 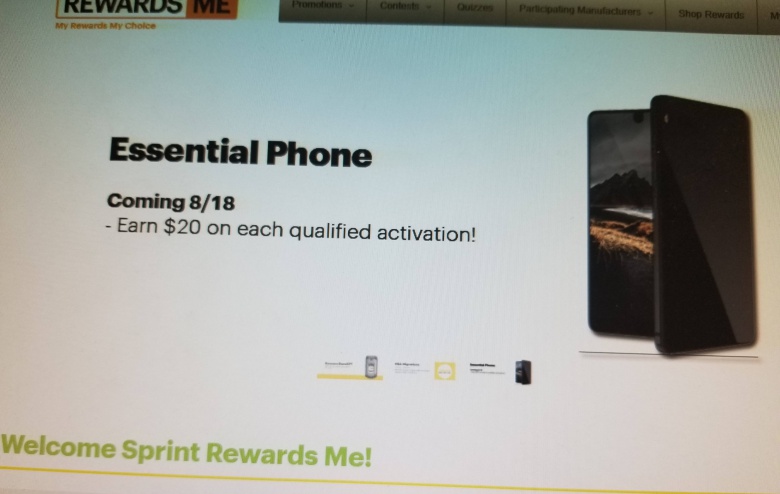 Any shipments are better than no shipments, of course, and based on a purportedly leaked internal Sprint system screenshot, The Now Network’s own sales of the Essential Phone could kick off on August 18.

That’s this Friday, which feels highly unlikely given that pre-orders of unlocked models should have priority over carrier-specific variants. Maybe Sprint is only gearing up for a separate pre-order start of its own, but either way, things are looking up.