Andy Rubin’s Essential Phone brings us a step closer to the bezelless dream while experimenting with modular accessories, 360 camera included.

Despite plenty of anticipation from hardcore, old-time, purist Android fans and a decent amount of “organic” pre-release buzz, Android co-founder and ex-Google SVP Andy Rubin managed to keep Essential leaks to a minimum leading up to the big day.

That day has now come, and it’s refreshing to be genuinely surprised by an original phone in design, concept and execution. The exact numbers aren’t in yet, but that sleek facade of the first Essential Phone appears to be moving us another step closer to the dream of truly borderless mobile devices.

Its chin is significantly thinner than that of the Xiaomi Mi MIX “concept”, while at the top you get a 4K video recording-capable 8MP camera and literally nothing else. But this thing is a standout through and through, including when viewed from behind and rated for relative durability. 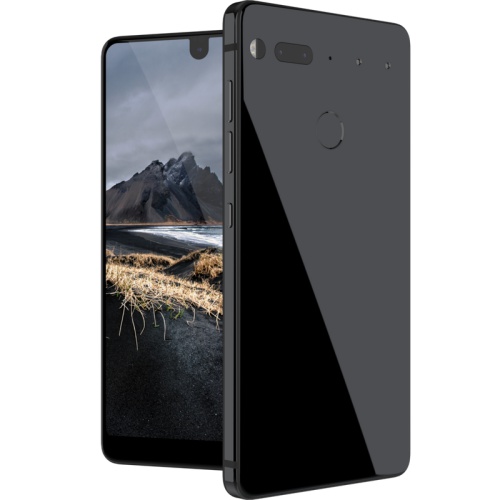 Rubin’s company claims the super-premium titanium and ceramic build can survive a typical drop test “without blemish, unlike the aluminum competitor devices” (meow!), and wait, where are the logos?

There aren’t any, on the phone’s front or back, with a crazy clean, unembellished look that sort of brings the Nextbit Robin to mind. Of course, this bad boy is far from affordable, at $699, Snapdragon 835, 4GB RAM and 128GB storage space inside, not to mention an obligatory dual rear-facing camera setup in tow with a monochrome secondary lens. 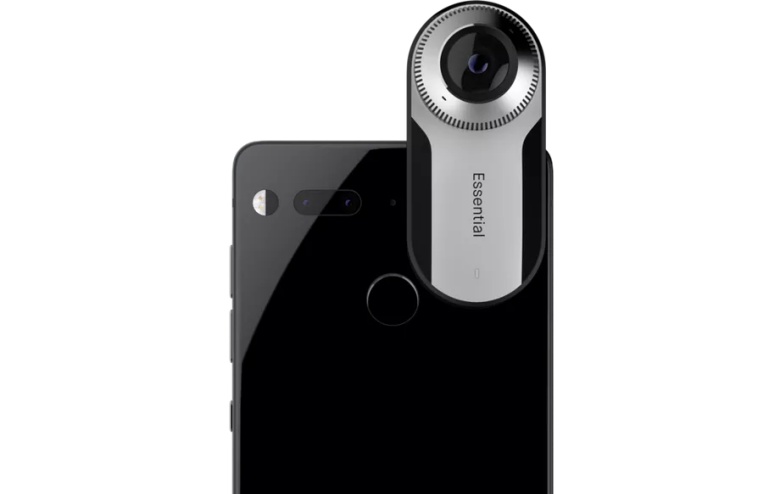 Another big highlight and key selling point of the (presumably stock) Android-running Essential Phone is a neat system of magnetically attaching accessories like a 360-degree camera or largely mysterious Essential Phone Dock.

There are only two pogo pins on this handheld’s back, but it’s hard not to notice a conceptual similarity to Lenovo’s Moto Mods ecosystem. Then again, that easily-connecting 360 cam is rather unique, and it merely costs $50 when purchased with the phone ($200 separately), dual 12MP fisheye sensors on deck enabling 4K vid capture support at 30fps.