Thought you already heard it all regarding HTC’s make-or-break next flagship phone, dubbed simply 10 to cut family ties with the One M9, A9, M8 and M7? Think again, as fairly credible sources out of China now claim to have the scoop on pricing and configurations.

You’ll want to sit down for this, as we come bearing pretty bad news. First of all, it seems there will be an underpowered HTC 10 model sold at least in Asia, with an octa-core Snapdragon 652, aka 620 processor in tow and 3GB RAM.

That’s not necessarily a bad thing, since some people might show decent interest in a mid-ranger in high-end clothing, but much like the Snapdragon 617-packing One A9, this sounds woefully overpriced. Namely, CNY 3,799, or $585. Ouch! 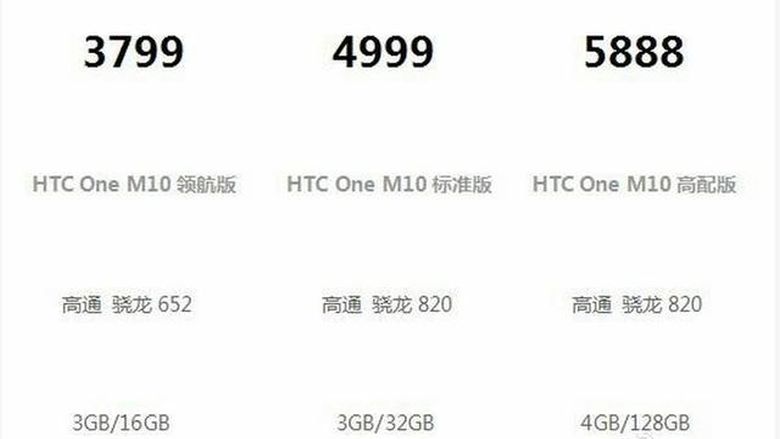 You can probably imagine how costly better-equipped variants will get, especially as this HTC 10 “Lite” of sorts reportedly only accommodates 16GB data internally. That’s right, rumor is you’ll need to pay a whopping 4,999 Yuan ($770) in China for Snapdragon 820 operations, doubled by 3 gigs of memory, with 32GB storage space. Or the rough equivalent of $905 (CNY 5,888) to go all the way up to 128GB ROM, 4GB RAM, and retain the SD820 SoC.