Energizer has started teasing the smartphone trio it will officially introduce at the upcoming MWC 2019, by sharing some details.
Published 31 January 2019, 06:30 EST

Avenir Telecom, the exclusive Energizer license holder, has started teasing the smartphones that it will introduce next month at MWC 2019. “Enhanced design, an enriched photo experience, and long-lasting performance” are they keywords used in the press release that reveals some details about the Ultimate U620S, Ultimate U570S, and Ultimate U650S. The numbers represent the size of the screen, so we have 6.2-, 5.7-, and 6.5-inches, all with HD+ resolution and 18:9 and 18.5:9 aspect ratios.

The Ultimate U620S (pictured above) will have a total number of four cameras. A triple-camera setup on the back will consist of a trio of 16MP + 2MP + 0.2MP shooters, while the front-facer will be one of 16MP. Only two (16 MP + 2 MP) cameras will be featured on the back of the other two models, the Ultimate U570S, and Ultimate U650S, while the webcam on the front has been kept the same.

While no specific details are shared about the battery, the press release mentions the Energizer brand emphasizing on its battery experience. Juice packs for the phones will be within the range of 3,000mAh to 4,000mAh.

The official wording also mentions “the highest-performing MediaTek processors”, without specifically naming them, 4GB of RAM, storage ranging from 32GB to 128GB, and Android 9 Pie out of the box.

Color options will include iridescent violet, aquamarine and turquoise. No further details on specs, price, or availability have been made public in this preview, so we’ll have to check them out in person at MWC 2019. 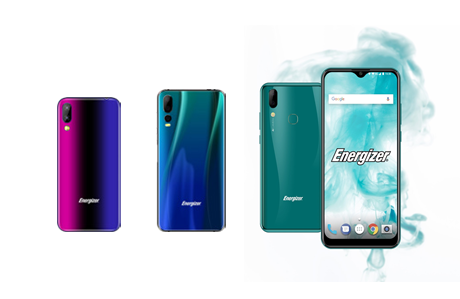 Motorola Razr’s successor got confirmed in a podcast interview in May. Since then,…

We get new leaks of the upcoming OnePlus Nord, this time in some exclusive cases thanks to a well-known leaker