Empty Nest: What I Miss (And Don’t) About The HTC One X

I put the AT&T HTC One X review unit in the mail earlier this week, sending it back to the fine folks who’d provided it for our review. I came home from the UPS store, fired up my daily-driver Galaxy Nexus, which I’d been neglecting for the review period, and felt something I didn’t expect: relief.
Published 17 May 2012, 16:54 EDT

I’ve recently learned that there are two things about being a mobile-phone reviewer.

The first thing: you get to handle awesome pieces of gadgetry days or weeks ahead of their official release date, and you’re not just allowed to use the heck out of them; you need to, in order to do your job. That’s the awesome thing.

The other, less-awesome thing: you eventually have to give them all back.

“Empty Nest” is a recurring column discussing what I miss -and what I don’t- about the devices I’ve had to return.

I put the AT&T HTC One X review unit in the mail earlier this week, sending it back to the fine folks who’d provided it for our review. I came home from the UPS store, fired up my daily-driver Galaxy Nexus, which I’d been neglecting for the review period, and felt something I didn’t expect: relief.

I was genuinely confused by my reaction. As I stated in my review, I really, really liked the One X, even going so far as to make my closing line “this one’s going to be hard to give back.” I adored the hardware, didn’t mind the software, and even found Beats useful once or twice during our time together. Why was I happy to be cradling my personal phone again?

Part of me wondered briefly whether it was due to the One X’s status as my first review unit. But that wasn’t it. I hadn’t been especially nervous about losing or damaging the One X; I’m not an idiot and I don’t live in a terribly dangerous area, so I wasn’t ever worried about misplacing it in a drunken stupor or losing it to a mugger on the sidewalk.

It didn’t take me long to put my finger on it. I was relieved because found the Galaxy Nexus a more comfortable device to use. 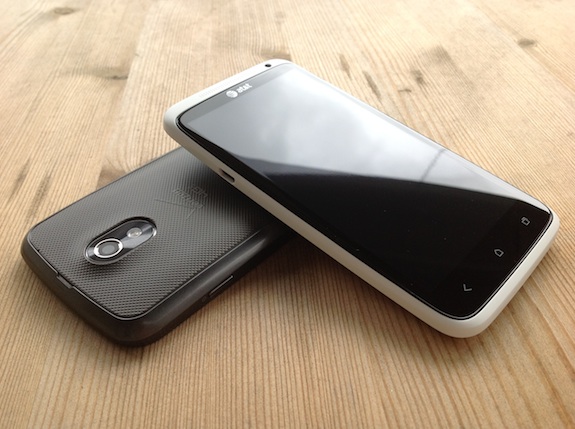 Comfort or beauty? You may choose only one.

Now, we’ve already done the One X vs. Galaxy Nexus video, and the purpose of this column isn’t to re-review phones. But I came to a realization, as I tapped and swiped the Nexus back to life, that was only possible once the glitz and flair of the One X was absent. For me, the Galaxy Nexus is a much more functional device.

Part of that comes from the hardware; as amazing and as attractive as the One X’s design is, it also makes for a comparatively cumbersome experience. The feel in hand is very slate-like, and the chalk-like polycarbonate casing doesn’t provide much in the way of grip. By contrast, the Galaxy Nexus’ rounded, stone-like corners and textured battery door fit snugly into the palm, and the slightly glossy plastic casing provides a reassuring sense of purchase. So while the Samsung device feels quite a bit cheaper, its more utilitarian construction makes it easier to hold. At least as far as my average-sized hands are concerned. 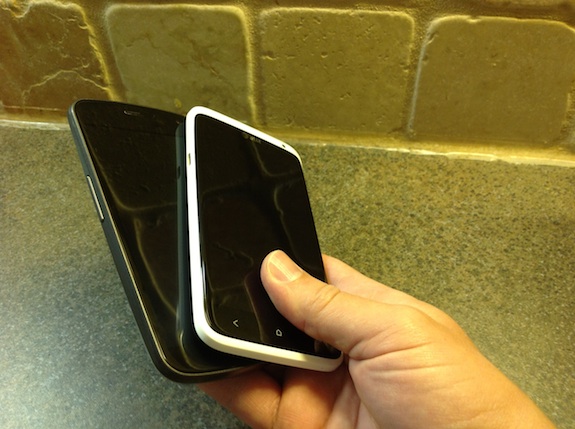 But it’s not just the chassis difference that gave me that sense of relief; the software was a breath of fresh air, as well. In fact, I used just that cliché on Twitter when returning to a Sense-less existence.

I still mean what I said in my review: Sense 4 is definitely less intrusive and heavy-handed, and it’s my favorite of the Android skins. But even on the capable hardware of the AT&T One X, it carries with it a lag that is thankfully absent on the stock ICS build the Galaxy Nexus sports.

Having quantified my relief, I could sleep again. But it wasn’t long before the humdrum experience of being back with my Galaxy Nexus started making me yearn for the highlights of the One X that I missed. Things like …

The Glances On The Train

You know what I’m talking about. The double-takes and lingering glances you get when you’re carrying around a hot piece of hardware. My One X was white, and thus guaranteed to evoke more of this, but its design alone was a thing of beauty. It was like something out of 2001: A Space Odyssey. It was a looker. I miss its innovative, unique design most of all.

Even though it didn’t have the staying power of something like the Motorola Droid RAZR MAXX, I was pleasantly surprised with how well the One X held up in the battery-life department. It outperformed the Lumia 900 I tested, and it positively destroyed the Galaxy Nexus.

Was it the best shooter I’d ever used? No. But the One X camera focused (get it?) on a great user interface, rich with options, with fast-launch capability. It did all of those things well, and even produced some photos I’d be proud to show off. Those positives combined made it the best camera in my mobile arsenal, and my mobile photography has fallen into a slump since its departure.

Do I miss the best display I’ve ever seen on a mobile phone? Yes. Yes, I do. And that’s all I have to say about that.

That’s it for this first edition of Empty Nest. If you need me, I’ll be here, settling back into my day-to-day existence with the less-attractive, less-exciting, but more comfortable Galaxy Nexus. Functionally-speaking, I’m happier, but a big part of me really, really misses that space-age slab. It made me feel like a product of the future, and for a sci-fi guy like myself, there’s no higher compliment. Farewell, HTC One X.

Do you have a device you had to give up before its time? Did you recently upgrade, only to find yourself missing your old phone? Drop us a line in the comments; we’d love to hear about it.

The sidebar will make it easier to control apps and move around the UI, while the universal search bar will bring more control at the fingertip of users.

Apple is reportedly working on new iPad models for this year as well as next year.

All tabs that you’ve opened in the Edge browser will now appear in the Alt+Tab tiled view, but users will have the option to revert to the classic layout.
YouTube 1.8M
Facebook 570K
Twitter 197K
Instagram 133K
RSS