Empty Nest: what I miss (and don’t) about the Apple Watch

I’ve learned that there are two things about being a mobile technology reviewer.

The other (less-awesome) thing: you eventually have to give it all back.

Empty Nest is a recurring column discussing what I miss -and what I don’t- about the devices I’ve had to return.

I wore the Apple Watch Sport for the better part of last month as preparation for our full Apple Watch review, and then (as often happens) I had to let go of it. I had a few other reviews bearing down on me, and our resident iOS expert needed the review device ASAP so he could start our post-review coverage. So off the Apple Watch went to Jaime Rivera, and off I went to a newly Watch-less existence.

It’s been about a month since I boxed up and sent off the world’s highest-profile smartwatch, and in the time since I’ve alternated between the Moto 360 and Pebble Time to keep my watchband tan line going. That’s given me ample opportunity to field wearable questions from friends and strangers alike, and almost without exception, all of those conversations go like this:

Point is, my month of time away from the Only Smartwatch People Seem To Know About has given me some added perspective on Tim Cook’s great experiment. Here, then, is what I miss (and what I don’t) about the Apple Watch.

It’s good to see you 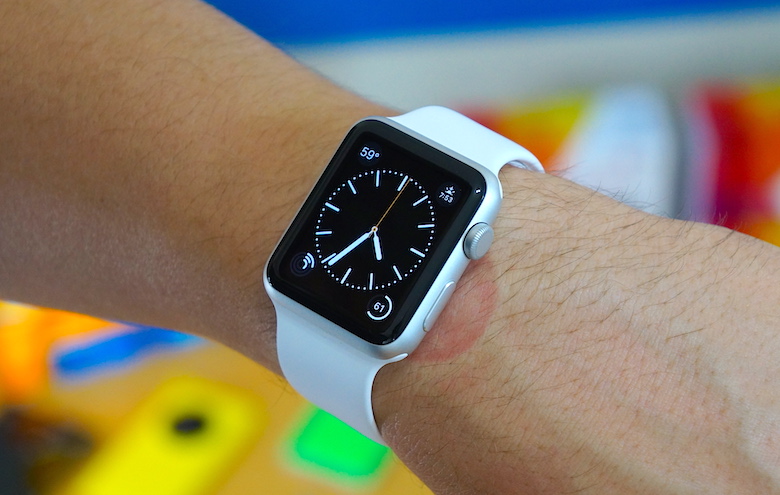 While its look might not be for everyone, the Apple Watch beats almost every other wearable out there in a very important category: fit and finish. I don’t miss it so much when I’m wearing my Moto 360, whose hardware I like very much, but a week with the Pebble Time reminded me just how important refined hardware is if you’re trying to convey a sense of quality. Apple’s attention to detail is very evident even in the Watch Sport –the least expensive of the three models available– and it covers everything from the machined detailing on the digital crown to the effortless swappability of the comfortable stock watch band. And the Watch’s display is nothing short of gorgeous.

I also miss the size of the Apple Watch. While Pebble Time has it beat in thickness, Apple’s product is still smaller on its face (and Pebble’s bezels are, to put it mildly, much more prominent). The Apple Watch is also significantly smaller than any modern Android Wear offering, especially once you take the 38mm version into account. After my time with the Apple Watch, my Moto 360 now feels pretty clunky on my wrist – and I haven’t even tried on LG’s monstrous Watch Urbane yet. Exceptions like the Alcatel OneTouch Watch aside, Apple is one of the only major manufacturers that seems willing or able to build watches that comfortably fit smaller wrists.

Apple also has some solid wins in software that others have yet to match. The Watch still understands when you’re looking at it better than any other wearable, refining the “raise the wrist” auto-illumination gesture introduced by Samsung on its first Galaxy Gear. Apple’s “taptic engine” is more than just a buzzword: it’s a much more subtle and gentle notification haptic than anyone else is doing right now. The new Force Touch gesture takes less than a minute to get used to, and it’s so useful that you immediately start wondering why it’s not included on every smartphone and wearable. And the notion of the “digital crown” as a scrolling implement is still genius; a commenter on one of my Pebble Time videos remarked that its new “Timeline OS” would benefit greatly from a digital crown, and I was hard-pressed to disagree.

It’s good to see you go 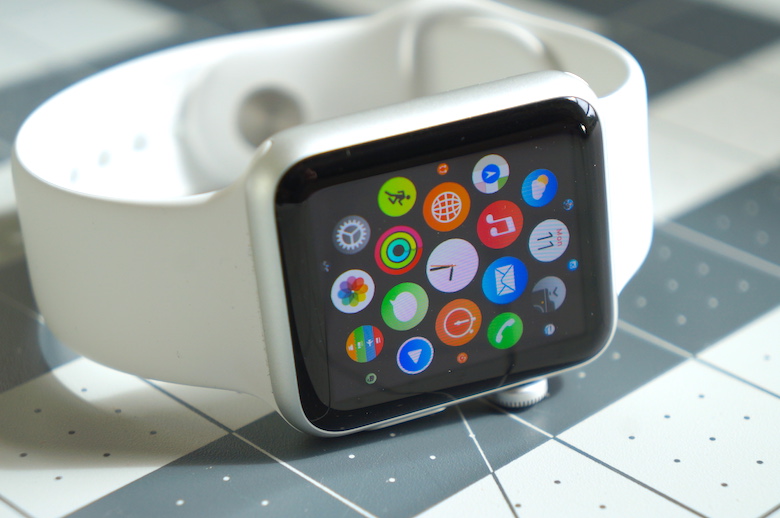 For all Apple Watch’s successes, it remains a version 1.0 product – and that shines through in a few areas.

All those new interface methods Apple introduced with Watch OS don’t always play nice together. During my time with the Watch, I sometimes didn’t know what I could Force Touch and what I couldn’t; I often wanted to scroll with the digital crown but instead found that it did nothing on that particular screen; and I never, ever guessed right when it came to trying to figure out the side button. Swiping across all the available Glances quickly became tiresome, and the inability to create custom watchfaces from scratch felt very limiting given the options available to Pebble and Android Wear owners. Finally, the lack of a quick shortcut to turn the display off (and keep it off) meant I was forced to power the Watch down in movie theaters to avoid blinding my date with the backlight every time I reached for the popcorn – and that also meant I had to wait for its interminable boot sequence every time I turned it back on afterward.

Also, as significant as the Watch is to Apple’s strategy in 2015 and beyond, you’d think the company would use it as an opportunity to excel in the total user experience – one of Apple’s specialties. But unboxing the Sport was more akin to unpacking a set of earbuds than the world’s hottest new gadget. Buying new wrist straps from Apple will give you sticker shock like you wouldn’t believe. And Apple’s refusal to include –or even sell separately– a nice charging stand for the Watch immediately put it behind competitors like Motorola, who understood from day one that a Watch during the day can easily become a bedstand alarm clock at night. (Apple has included the latter functionality in the WatchOS 2 Beta, but that’s an entirely software-based solution.)

That wouldn’t be as big a deal if you didn’t often have to charge the Apple Watch, but you do. While the Watch actually gets pretty good battery life compared to its Android competition, I’ve just come off a week with Pebble Time … so anything less than 7 days of endurance feels like I’m getting shortchanged. 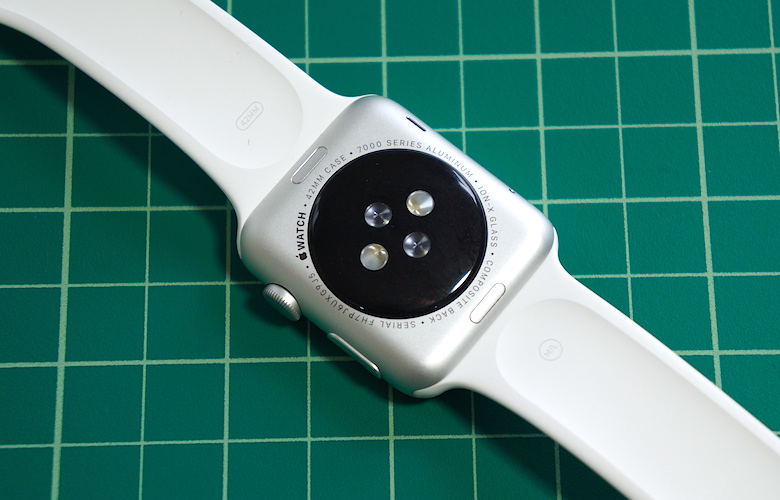 I don’t actually hold that last point against the Apple Watch; that would be unfair given the state of the landscape. Ditto its lack of a proper charging cradle, which is a problem shared by most other watches in this field. Apple does deserve a certain amount of flack, though, for failing to address these shortcomings while still charging more than almost all of the competition.

On the whole, I really miss the Apple Watch. In a still-immature field where even the best watches routinely get lots of stuff wrong, the Apple Watch gets quite a bit right. It’s a beautifully-built ampule of technology backed by a motivated developer base and a company itching to prove it can redefine wearables just as it did for smartphones and tablets. Really, the biggest problem I have with the Apple Watch is that it doesn’t work with my Android phone … and that right there probably says more than anything else about its standing in this still-nascent category.

For more about the Apple Watch, be sure to check out our full Apple Watch review and our feature tour of the Watch OS 2 Beta preview! Then shift gears and see what other players in wearables are doing: take a gander at our Pebble Time and LG Watch Urbane reviews, then see what new hotness Google is bringing to the party with Android Wear 5.1.1 on the Moto 360!

The patent listing doesn’t include details of the earbuds specifications.