Across these United States we use an Emergency Services System that we refer to simply as “9-1-1”. Those are the digits that you press on any phone when you need to save a life, stop a crime, or report a fire. For all other purposes, callers should contact non-emergency services – at least that’s the message from the Utah Department of Public Safety. 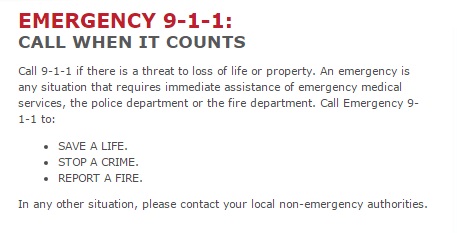 Unfortunately, that leaves a lot out.

For example, the other day while driving to our property to check on the construction progress of our new house I noticed a semi in front of me cutting cars off and weaving in his lane. As I fell in behind him I watched as his trailer crossed over the right line and onto the shoulder then crossed over the left line. He repeated that behavior for several minutes before I finally decided that I needed to call it in.

Would my call save a life or stop a crime? Not necessarily. Sure, his driving was erratic and that needed to be reported to the police, but was it worthy of a call to 9-1-1? That’s debatable, but it got me thinking.

I wasn’t alone in the car, I had a perfectly capable pre-teen riding shotgun with me. I could easily have asked him to record 30 seconds of video, then forward that to the highway patrol. He could have sent a picture or text message. Any of those would have taken less time than getting on the phone and occupying a 9-1-1 operator.

We already have apps like Waze that allow users to submit reports of road conditions (accidents, traffic jams, debris on the road, construction, etc.) and share those with other users of the app. Why isn’t there an app like that for “emergency services”? That sort of app could ask you to fill out a quick form: nature of the contact, your name and contact information (which it could pre-populate), severity, your GPS-derived location, etc. The form could even give you the option to attach pictures, videos, or even a voice memo. 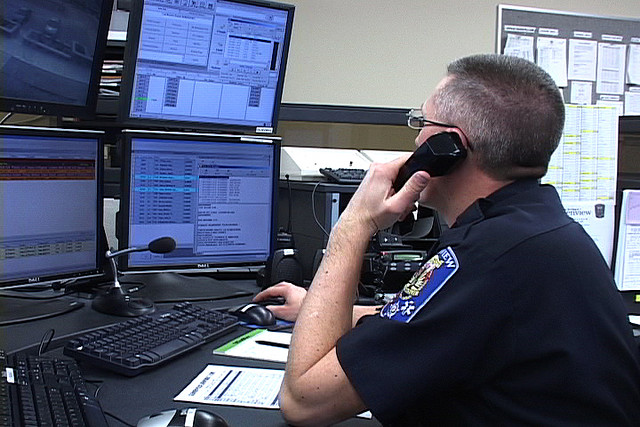 Once sent, all that information could be automatically entered into the dispatch system, and a response sent back to your phone telling you the report had been received and assigned a case number (which you could check on later). If more information was needed, a dispatch operator could call you back or request additional information via a push-notification to your phone – as the circumstances dictated.

There are some cases when a phone call isn’t an option (when the bad guys can potentially hear you or you’re otherwise unable to talk). A quick text message could solve that problem – but “Utah 9-1-1 services currently do not support cell phone texting”. I’m sure Utah’s not alone.

This wouldn’t necessarily replace voice calls to 9-1-1 emergency services, but it would let us take advantage of some of the technological tools that our smartphones enable, and could also free up dispatch operators to handle reports in order of severity rather than the order in which they were received.

Whether or not this is accomplished through an app, an interface built into the operating system itself, or simply enabling 9-1-1 to send and receive text messages, one thing is clear: today’s emergency services need a smartphone-friendly overhaul – and maybe some better looking drivers, too.