The first ten-core smartphone could be the Elephone 9000, also packing 4GB of RAM

MediaTek unveiled its deca-core (ten-core) Helio X20 SoC back in May, and the company is enthusiastic about the chip’s low power consumption (30 to 40 percent lower, thanks both to its architecture and MediaTek’s own CorePilot algorithm). We initially heard that the SoC might be mass produced by the end of year, but, thanks to today’s leak, it might be sooner.

The Mali-T800 GPU will be helping out the CPU with rendering data on a 5.5-inch Full HD screen. Other specs include 4GB of RAM, 32GB of internal storage, 20.7MP main camera, eight-megapixel front-facer, 3,100mAh battery, and Android 5.1 Lollipop out of the box.

Are these specs high-end enough for you to consider this, or a similarly beefed up device? 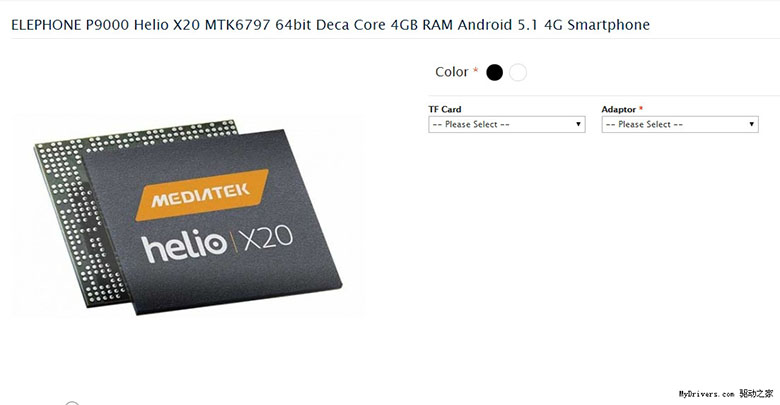 HONOR Play 4 and its Pro sibling will both offer 5G support on a budget.