The newly unveiled Xiaomi Mi 8 is not the world’s best cameraphone, but it’s pretty close, according to the latest DxOMark mobile review. Meanwhile, the Mi 8 Explorer Edition may not be as “transparent” as you think.
Published 31 May 2018, 10:26 EDTUpdated 02 April 2021, 15:50 EDT

Another day, another heavyweight contender for the title of world’s best cameraphone, another glowing DxOMark mobile review. Xiaomi highlighted the impressive photography performance score of the all-new Mi 8 while announcing the remarkably affordable handset earlier today, and now we have the full details from the image quality-testing French company.

Perhaps the most important thing to note is the Xiaomi Mi 8 actually misses the overall podium, with a weighted average of 99 points, the same as Samsung’s Galaxy S9+, but three points behind the “regular” Huawei P20, four less than the HTC U12+, and a whopping ten behind Huawei’s reigning P20 Pro champ. 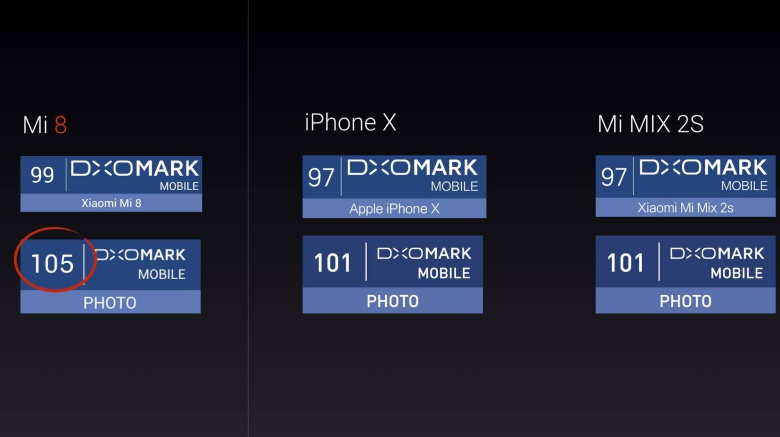 Impressively, the Mi 8 (narrowly) beats the Galaxy S9 Plus’s still photography score, with strong suits including rich and vivid colors, fast and accurate autofocus, smooth and attractive bokeh simulation, as well as low noise, “except in the lowest of light levels.”

When it comes to video recording, this latest iPhone X copycat unfortunately fails to keep up with quite a few direct competitors, the X included, due to loss of detail in “various lighting conditions”, visible differences in sharpness between frames, and a couple of other factors.

Nonetheless, whether you’re into hardcore mobile photography or videography, the Xiaomi Mi 8 definitely provides great bang for your yuan, “challenging the best” of the best while leaving the Mi MIX 2S behind. 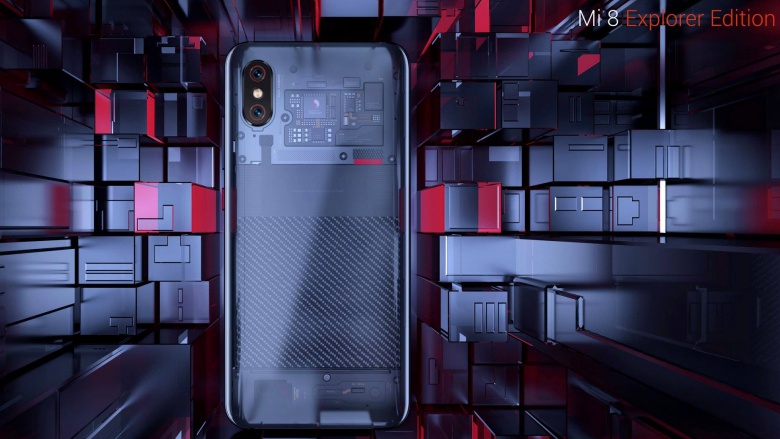 In other news, the even hotter Xiaomi Mi 8 Explorer Edition also unveiled earlier today may not be quite as hot as advertised. The limited edition phone does support both 3D face unlock and in-display fingerprint recognition, but its transparent back is apparently somewhat of an illusion.

Basically, you’re not seeing the actual components under the hood of the Mi 8 Explorer Edition there, with a sticker of sorts or 3D plastic cover applied on top of the real motherboard to embellish the phone’s less spectacular-looking innards. Technically, the thing is transparent, but it’s not showing what’s truly on the inside.

The display film stack on Samsung’s foldable is nearly 40% thicker than the Z Fold 2 despite the removal of the circular polarizer.

On today’s Pocketnow Daily, we talk about the latest WWDC leaks, the new under-display camera in the Galaxy Z Fold 3, and more.