Motorola has put out what could be its best Moto X-series device ever. And it’s not even a flagship — in fact, the Snapdragon 630 seen here has better paper specs than the Snapdragon 808 on the Moto X Style/Pure Edition.

The Moto X4 has come out at IFA 2017 to practically no one’s surprise, though we’ll give it credit for looking better than it did in previously leaked, cruddy quality photos. With glass curving up the sides and around corners, we suspect it wouldn’t be a shabby thing to hold. Perhaps it may slip out of our hands, but still.

You’ll notice that a 1.5mm protrusion out from the back of the device contains two cameras: one with advanced Dual Autofocus Pixel technology, the other with a 120-degree ultra-wide field of view. You can learn more about that in the spec set above. 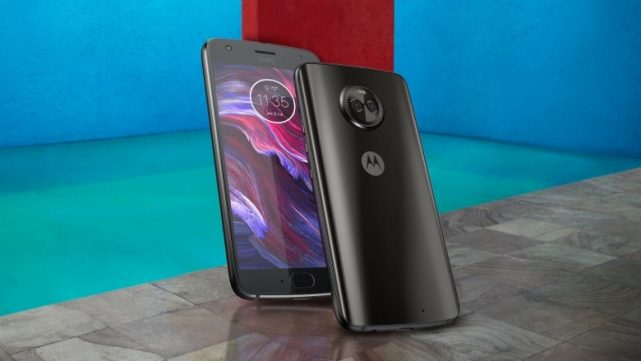 In addition to the specifications mentioned above, you have IP68 water resistance for poolside fun, Bluetooth 5.0 (now with up to four active links with paired devices such as speakers) and sufficient cellular compatibility with US networks — helpful if it’s going to be a Project Fi device as it is rumored to be. Other I/O aspects include USB-C, a 3.5mm headphone jack (unlike the Moto Z series, it’s a stubborn feature elsewhere) and a front-based speaker. Amazon Alexa is integrated into the device and can be reached at any time, whether the phone’s awake or asleep.

The Moto Experiences suite includes the always-on Moto Display, Moto Voice for vocal assistance, Moto Actions to give quick access to the camera or flashlight with gestures and a new piece of hardware called Moto Key — we suspect it’s a one-press stop for most any feature on the Moto X4. The camera app can now scan for codes, business cards and even places of interest with Landmark Detection.

Europe will see the Moto X4 first throughout the next month from €399. The United States and other markets worldwide might find the equivalent of $476 somewhat tough to swallow, but we’ll have to look out for more details on availability later this fall.