Dual-booting: the pros and cons

Over the last little while we’ve heard that various devices (typically tablets) may be released that have the ability to dual-boot into your choice of operating systems.

Some may know what dual-booting is, and others may not. The majority are probably scratching their heads and asking, what is dual-booting, and what are the pros and cons.

Let’s start with something basics. What is “booting” when it comes to smartphones, tablets, and even computers? The basic explanation is “turning on” or “starting up”.  In more detail, “booting” is loading a set of instructions from non-volatile memory after being switched on, or reset, which ultimately allows the system to load the operating system and its requisite environment.

The history of the term and the nuts are bolts of the process are a little bit more interesting.

A “boot loader” is a program that loads the main operating system (Android, Windows Phone, iOS, etc.) after it’s completed its power-on self-tests (POST). Often times the boot loader allows you to select which “mode” you want to boot into, such as normal mode, or recovery.

“Booting” is short for “bootstrapping”. Historically, when putting boots on one’s feet, they would pull the straps on the tops to help get the boots on faster. The phrase “pull yourself up by your bootstraps” is derived from this practice. 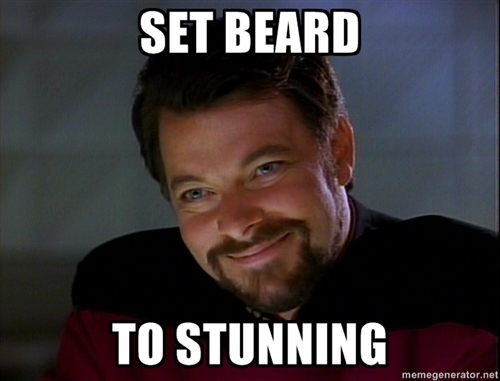 Today’s smartphones and tablets are really quite amazing when you stop and think about it. They have a CPU, GPU, RAM, storage, high-speed modems, wireless capabilities, high-resolution screens, and a power source, all built into a single box — and they fit in your pocket or small bag!

In theory, dual-booting eliminates these redundant pieces of hardware, requiring a developer or power-user to reduce the number of devices they own and maintain. That equates to money savings of at least a few hundred dollars, and very possibly several hundred.

Let’s face it, there are some apps that are better on one OS than on another. Sometimes apps aren’t even available for one of the major operating systems. To address this you could dual-boot from one OS to another, so you could run the app in the environment that it’s best suited, all without having to pack a redundant piece of equipment with you to do so.

For OEMs there’s another potentially attractive reason to include two operating systems on their devices: licensing costs. I know, at first this sounds like it would be a “con”, since you’d have to license two separate operating systems. Where this gets “weird” is in Microsoft’s strange licensing agreements with OEMs who want to include Android on their devices. Wait a minute! Microsoft doesn’t make Android! Why would anyone pay Microsoft for Android? That’s just silly!

Yes, yes it is. Unfortunately, Microsoft’s crack legal team has done a very good job convincing companies that Android infringes on its patents, and by selling devices with Android loaded on them, the OEM is “stealing” from Microsoft. To avoid costly litigation, Microsoft’s lawyers have convinced these OEMs to simply pay them an licensing fee for every Android sold.

Ironically, according to some sources, sometimes the “licensing” fee is greater than the cost which Microsoft charges for licenses of Windows Phone. The argument follows that a company need only include a lower-priced Windows Phone license with their Android-powered device to save some money over licensing “Android” from Microsoft.

Whether or not this is actually being done, or is just being used to underscore the absurdity of it all is a matter of debate.

There are some reasons why you would’t want to dual-boot your device. The first of which is space. Running another operating system means you’ve got to have it (and all its drivers and files) installed on your device. This seriously cuts into the amount of storage space that’s available to your system.

Apps generally aren’t cross-compatible between the two operating systems, so you’ll probably have to have separate versions installed for each OS. Not only does this mean that you’ll need to purchase two versions of each app, you’ll also need storage space for each version, and you’ll also have to expend time and bandwidth to update them. Developers will also have to expend time patching and updating two separate codebases for their applications, which typically slows down the release cycle  significantly.

Often times storage systems aren’t compatible between the two operating systems, or aren’t mapped to the same locations. This means that files you download, create, or edit in one OS won’t be available in the other OS without manually transferring them between the two, which people usually do by emailing a copy of the file to themselves. Talk about inefficient! What’s more, the file formats used by one version of the app may not be compatible with the other version.

The last “con” I want to touch on is time. It takes time to shut down one OS and reboot into another. Sometimes it’s only a matter of a minute or so, but that’s still a significant amount of time to be waiting. Some dual-booting systems may run both operating systems simultaneously, letting you quickly swap between them, but these configurations aren’t common and are problematic when it comes to sharing resources. Which OS is going to be using and controlling your LTE modem? GPS? Sound? Etc.

Ultimately, dual-booting sounds cool, but in practice, it’s probably more expensive and problematic than it’s worth… and that’s not even including the fact that both Microsoft and Google are putting the breaks on anyone trying to sell a device that can dual-boot into their operating systems.