Can we please stop drooling over the Nokia 3310?

If you were watching MWC 2017 coverage, you’ve probably already heard about the phone of the year. This is the one that’s going to take home all the awards at next year’s Oscars. That’s right, next year, Warren Beatty is going to be standing up at that podium, announcing the LG G6. Then the producers will run out in a panic and give the correct card to the LG Execs and let them announce that the actual winner is the Nokia 3310. 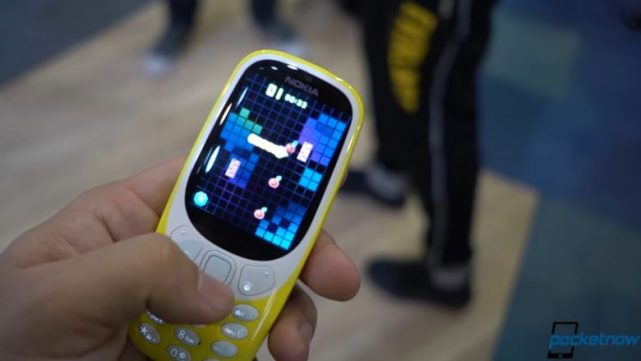 The return of Snake

Because if you were watching the news coming out of Barcelona, everyone was all in a tizzy over Nokia’s reboot of the classic 3310. It even has Snake. ZOMGSnake! Boy howdy does it have that Snake game, huh? Turns out you can make phone calls and texts with it too. Snazzy. It turns out all this attention was being given to a “dumbphone”. I think my wife even had a 3310 at one point, about a decade ago or so.

Now, don’t get me wrong. There are some things to like about the new Nokia 3310. It has an iconic look that just screams “Nokia”, which is probably a good thing since Nokia makes it. The new phone is a reboot of the old classic phone which is bigger, thinner, and lighter than its predecessor. It has an impressive 1-month battery life. That’s not a typo – one month. It has a color screen, which is not touch sensitive. So, in many ways, it’s a worthy successor to the original Nokia 3310. But, let’s face it, it’s still a dumb phone.

There’s no Android on here. There’s no app store, nor an ecosystem of supporting software. It’s just a feature phone, much like most other feature phones residing in the dusty forgotten corner of your local carrier store. That is, of course, assuming your carrier store even carries feature phones any more. It’s basically your typical phone that you would buy for your grandfather.

Speaking of which, I’d like to go on record here by saying, I get that there is still a place for feature phones in this world. There are people who just want a simple device to make phone calls, and…maybe…text. There are places that still rely on the 2G network, and places that don’t have reliable power to charge a phone every day. There is still a viable market for phones like this. I’m not saying there isn’t. But the purpose of this article is to point out that the oozing and gushing over this phone from most media outlets was at best disproportionate. 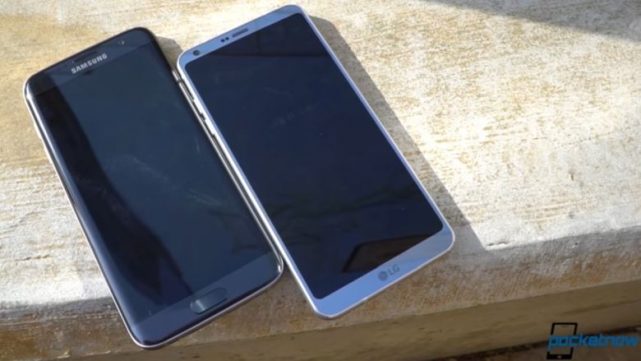 Headlines announcing the return of Snake ruled the day. There was so much love flowing for this little phone that one wondered if there was no other “mobile” present at Mobile World Congress. The LG G6 was there too folks, and it looks really great. There was even a new BlackBerry, if physical keys are your thing. There was nothing that warranted the amount of praise, nor the amount of coverage that this Sucrets box of a phone managed to pull in.

Of course, I have to say, hats off to Nokia for hitting this absolute home run. I don’t mean the phone was a home run, I mean the coverage that it managed to suck in was golden. It was a cheesy nostalgia play, and it worked like a dream. So, good on the Nokia folks who are also rolling out some (relatively low-end) smartphones this year. It’s good that it got the attention it was craving.

But I need to ask my fellow members of the media, and our readers, let’s just go ahead and move on, huh? If you’re in the market for a feature phone, you’re probably on the wrong site, I’m sorry to say. But we as the media have given the Nokia 3310 all the coverage it deserves and then another healthy extra spoonful or three – this editorial included. I’m not ashamed to admit, that I may be feeding the proverbial troll here. But the time has come for us to say enough is enough, and let’s ratchet down the Snake rhetoric here. Snake was a fun game in its day, but I’ll take Clash Royale or even a good Sparkle session over snake any day of the week and twice on Sunday. It’s a feature phone, folks. End of story.