How much does Verizon value your cracked screen for a Droid Turbo 2?

Motorola and Verizon came together once again to cement one of the last US carrier-OEM ties for another year in the form of two Droid phones: the MAXX 2 and Turbo 2. The Droid franchise has enjoyed a power user’s cache for the nation’s most populated cell network with phones boasting two full days of use without the need for a charge-up. Both of this year’s Droids come with that selling point. Oddly enough, in contrast to previous years, both phones come from just Motorola.

The two have come closer together in propelling the series’ chances to draw in more customers by introducing some intriguing in-store amenities like Moto Maker. But the most important takeaway in policy today came from the trade-in aspect: you can put your cracked phone in for a trade at Verizon. 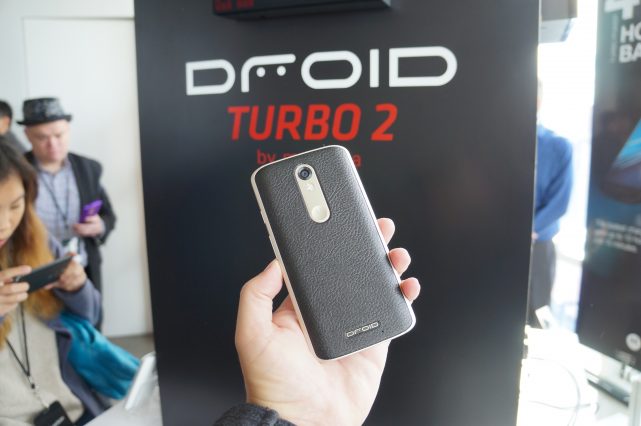 Most carrier or manufacturer trade-in programs will happily take your phone if it’s in good condition. You’ll get a good wad of change towards your next device, too. Some do take in ones with cracked screens, but at a significantly lower price.

Verizon Wireless is committing to that latter, more uncommon policy for “the first time ever” in promoting the Droid Turbo 2. Seems fitting with this “Shatter Shield” business on the Turbo 2 that the network is taking a bet on grabbing the klutzy portion of the market. The absent-minded people that spill cracked glass on the floor time and time again, having to traverse the mall floor looking for (and failing to find) a cheap fix to a crapped up screen.

In essence, Verizon is banking on Motorola’s Shatter Shield on the Turbo 2 to draw in a high-risk pool of customers that will do anything to stop the repairs, stop the hairlines and stop some of the consequences of having buttered fingers. How much physical security Motorola can guarantee with a five-layer approach to shock absorption is always going to be questionable when put to real world challenges. But the company claims four years’ worth, so it’s good enough for a warranty lasting just as long. That’s huge.

All that put together, a very great package for the gravity-impaired, right? Maybe not enough to be absolutely sure. That’s where the extended trade-in offer comes in.

Back to the caveat 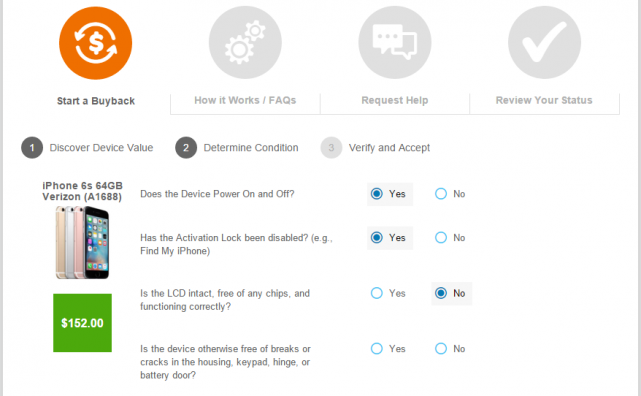 So, Verizon is taking in cracked screens for up to $300 back, right? Don’t kid yourself. That figure is as good as zero if Verizon thinks your phone is too damaged for them.

We don’t have the metrics on how the carrier is calculating the value of phones in good condition, nevermind ones with bad displays. But the big question comes down to the good-to-bad quote gap: how much is it? Are we talking 10 percent less? 25? Half? Three-quarters? AT&T and Gazelle think it’s about 60 percent or so for a 64GB iPhone 6. What would make this trade-in gesture seem too good to be true? How far is Verizon willing to go to pull an undeserved, but what I suspect is a healthy niche?

If Verizon is making sense, hopefully it’s out to beat the market. Then again, most people have enough trouble getting “up to $300” trading in a damaged current model year phone. 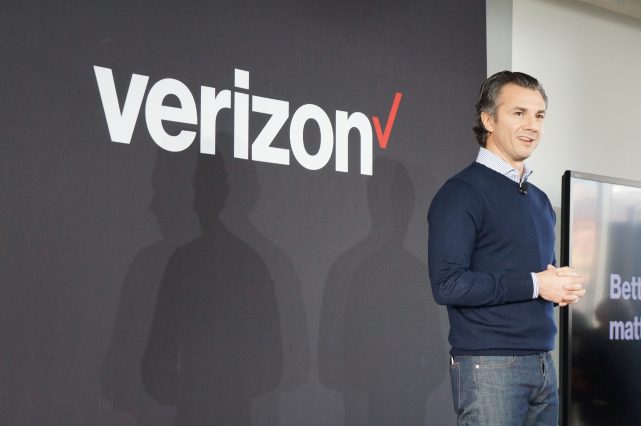 How badly does big guy Verizon want to be the good guy? Perhaps good enough to fend off the juvenile provocations of little T-Mobile. But “the best” and “the largest” 4G LTE network and great customer service may not be enough for some people to unseat themselves from one network and move over to this one. It will have to be more promises, more avenues toward protecting the customer on behalf of your carrier (and on behalf of himself or herself). This is not customer service, it’s strengthening the customer relationship.

The big picture on this trade-in program is that it’s just one more carrot to dangle in front of a Droid device. In this case, a great device with a strong physical and behind-the-scenes backbone (all thanks to Chicago’s own) definitely helps the policy — and really, it says more about Motorola than anything else. The results on Verizon’s side, however, will have to speak for themselves. But at least this goes to show that being number one doesn’t have to mean being complacent about growing your base.