The Droid RAZR HD is one of a handful of new RAZRs being offered by Motorola on the the Verizon network. It’s closest siblings are the the RAZR MAXX HD, which is the same phone with a larger battery, and the RAZR HD Developer Edition, which is the same as the regular RAZR HD, but comes with an unlocked bootloader. We had the chance to take a look at the RAZR HD. How does it stack up to the original RAZR? Will you need to upgrade the the MAXX version? Will you be happy if you opt for the Droid RAZR HD as your daily driver? We’ll answer those and more in our full review!

The RAZR HD is powered by a dual-core MSM8960 Snapdragon S4 Plus processor at 1.5Ghz and an Adreno 225 GPU. It’s got 1GB RAM under the hood to help keep everything running along smoothly, 16GB of internal storage, and an sdcard slot for additional space — if you can get the little door open. We couldn’t.

The left-side is fairly busy with the SIM and sdcard slots, and microUSB and HDMI ports.

As far as connectivity, like previous RAZR’s you not only have a microUSB port for charging and data transfers, but an HDMI port as well. Gone, however, it the WebTop “virtual laptop” experience that used to come as a standard feature.

It wasn’t that long ago that we were wowed by the thinness and power of the original Droid RAZR. It’s major selling point was its ridiculously thin shell, but it was plagued with terribly little battery life. The Droid RAZR HD isn’t quite as thin, but it’s got an advantage the original RAZR didn’t: incredible battery life. More on that in a bit.

Though not as thin as the original, the RAZR HD is still very thin, fairly light, and its construction feels impressive. On the front of the phone is a beautiful slab of Gorilla glass with moderate Motorola and Verizon branding. Gone are the capacitive buttons of previous generations, they’ve been replaced with the on-screen buttons that we’ve become accustomed to in Android Ice Cream Sandwich and Jelly Bean. Some might complain that getting rid of the capacitive buttons in favor of on-screen counterparts eats up screen space, but with the RAZR’s 4.7-inch, 1280 x 720 AMOLED display, we doubt you’re going to notice. Motorola took the opportunity to rework the layout of the front-facing camera and sensors as well, positioning them higher up on the device. This freed up a lot of room for the new 720P HD screen. They also included the largest multi-colored notification LED that we’ve ever seen and nestled it just under the Motorola logo. You won’t even know it’s there until it lights up the room to get your attention.

The HD screen looks quite good. It’s readable in most lighting conditions, is crisp and clear, has very vibrant colors, and the edges of the Gorilla glass have a gentle and elegant bevel.

The back of the phone is covered in a soft-touch Kevlar that is durable, doesn’t show finger-prints, and is very “grippy”. The camera, LED flash, and speaker-grill occupy a very slight “hump” on the top of the back-plate, but not anywhere near as noticable as that of the original RAZR — we doubt you’ll even notice it.

The headphone jack is on the top. A very nicely textured power button and volume rocker are on the right. The microUSB and HDMI ports are on the left, just below the SIM and sdcard slots. To get into either, you’ll need to use the included “pokey thing”, or a very slender paperclip.

Motorola still isn’t running stock Android, but they seem to be getting the point and scaling back all their custom bells and whistles. Still around from older Motoblur phones are Smart Actions which help automate tasks like turning off sounds while you’re asleep, adapting to low battery situations, and more.

The launcher is still very much Motorola. The Circles Widget is front-and-center, but the other widgets seem to be getting dumbed down. The Favorite contacts widget, for example, no longer animates like it did in previous versions. We miss that.

One of the more notable inclusions in Motorola’s launcher is the quite settings panel to the far left that gives you access to all your common toggles and your full settings, and it much easier to use than any similar panel that tries to live in the notification shade.

The biggest complaint we have with the Droid RAZR HD is the camera. It can shoot 8MP and has a single LED flash and can record video at 1080P HD. Interestingly, unlike a lot of other phones we’ve reviewed, the RAZR HD is pre-set at 1080P — you don’t have to go into the settings and bump it up.

The still camera does what you’d expect: images looked decent, but colors weren’t great, and the shutter speed seems a little slower than some of the other phones that we’ve tested recently. Indoor shots were dark and noisy. Outdoor shots were generally too bright or too dark, but the HDR mode did help pull some detail out of the shadows.

Unfortunately, Verizon is still opting to load up their phones with non-removable bloatware that you may never use. Remember that 16GB of internal storage? You’ll only be able to use 12 of it. Disappointingly there is some lag in the UI. Whether this is due to the decision to use an S4 Plus rather than an S4 Pro processor, using an Adreno 225 GPU instead of the 320 (or even the 305, which is the maximum on the S4 Plus), the fact that the RAZR HD is running Ice Cream Sandwich and not Jelly Bean, or some combination of all of the above, we may not know. The lag wasn’t around all the time, but when it was it slowed down the whole experience, sometimes for three or four seconds at a time. Hopefully an upgrade to Jelly Bean will take care of the “smoothness” issues. Benchmarks, however, were all around impressive!

LTE speeds are going to vary by your location. We usually had between 3 and 4 bars and usually got around 13Mbps down and 10Mbps up. Pings were always under 100ms. The phone sports “HD calling”, but we weren’t able to tell the difference between “HD” calls and “normal” calls. That’s not a bad thing, calls were always crisp and clear, and we never once dropped a call or ventured into an area without voice coverage.

The battery inside the RAZR HD is significantly bigger than the one in the original RAZR. If you’re curious about the RAZR MAXX HD, its only difference is a bigger battery (and back-plate to cover it). Honestly, we don’t think it warrants the extra money to get the MAXX version. The 2,530mAh battery, unfortunately, isn’t user-removable, but that’s not terribly surprising. Motorola claims the Droid RAZR HD will let you watch 7 hours of YouTube video, 6 hours of web surfing using LTE, and plenty of hours of talk-time. In our tests the battery lasted well over 20 hours with regular use, including plenty of YouTube and web surfing.

The Motorola Droid RAZR HD is available now for $199 with a qualifying plan on Verizon, which is a mid-range price for a relatively high-end phone. You can get the phone in either black or white, and if you want an unlocked “Developer Edition” be ready to fork out $599. There is no Developer Edition of the RAZR MAXX HD, which we found somewhat odd.

If you’re a Verizon customer and you’re looking for a new phone, you don’t need to look any further: the Droid RAZR HD (or RAZR HD MAXX) should be the next phone you buy. It’s built well, it’s got a beautiful screen, and the battery (even in the non-“MAXX” version) will last literally all day long — and then some. It’s very well built and it’s Kevlar backing is always a crowd-pleaser. We give the Motorola Droid RAZR an 8.3 out of 10. 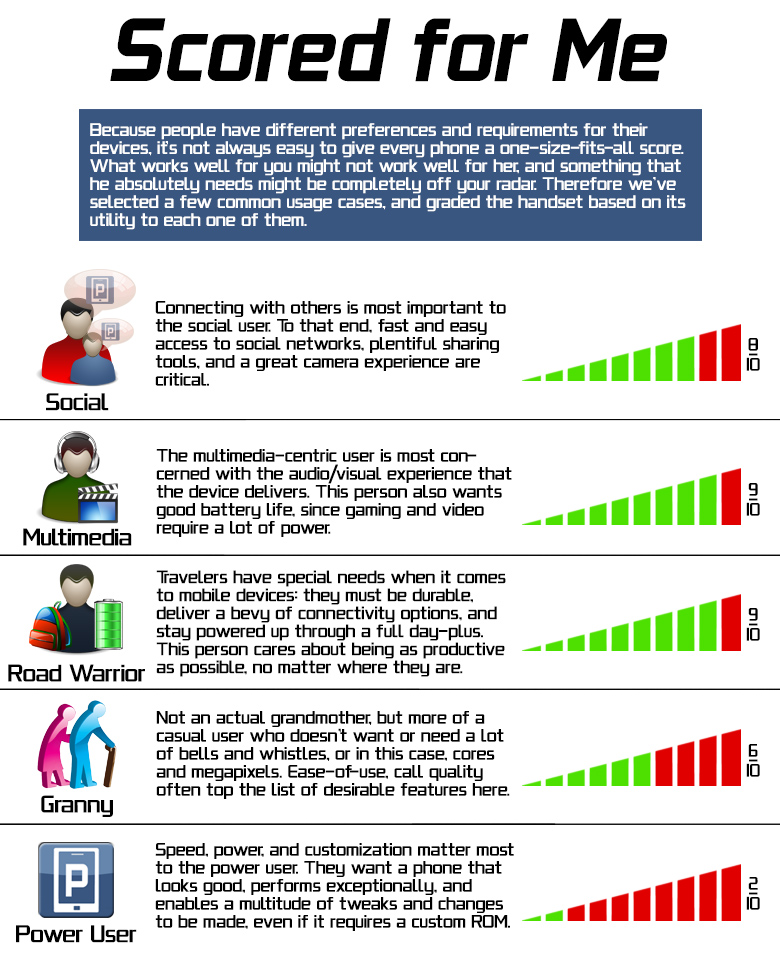 Note: Our Power User score reflects the fact that Motorola does not intend for this device to be unlocked, pushed a “security update” to plug the current root method, and the fact that this is not the “Developer Edition” of the phone.

Bad news for Pixel 2 and Pixel 2 XL users, as their devices will lose support by the end of this year

The launch schedule will remain unaffected as Apple will prioritize the supply from its second supplier which is not facing any lens quality issues.