Motorola just put Samsung, HTC and Nokia to shame with the Droid Mini

Can this be true? As Brandon and I were discussing Motorola’s new Droid line-up, I can’t lie, my initial reaction was to not care. I’ve been so disappointed in the past by last-year’s Droids that I really didn’t care enough to even gaze at the spec sheet of these phones. I was expecting the same story, where the MAXX was a battery phone, the Ultra was the “so called” flagship and then the mini was just another watered-down variant that’s not even worth your consideration. I was wrong.

At Pocketnow, most of us have always wanted one type of phone that didn’t really exist until now. There’s been this trend for the last couple of years where if you wanted a high-end device, it had to be big. I’m not sure if the true story is that OEMs have struggled to miniaturize high-end specs lately, to the point where all they could think of was to keep phones big and put them in style in order to hide the true manufacturing deficiencies they were facing, but the fact of the matter is that before yesterday, if you wanted a high-end phone, you had to be willing to accept the bulk of it.

Surely I’m not saying that big phones don’t have certain advantages. Hey, I own a Galaxy Note II and I can’t see myself going on a trip, or spending my Sunday afternoon at a coffee shop without it. Sadly, not everybody wants a big phone. I can even give you an exact number of how many people don’t. Just count how many iPhones you see on the street right now, and you’ll know that even though the average user can only differentiate a Galaxy over an iPhone because of their size, some of them chose iPhone. You and I know one is much more feature-packed than the other, but some people just don’t want to deal with the added heft, even if they cost the same amount of money.

The problem with choosing an iPhone for many of us is that it doesn’t run Android. It was really disappointing for many of us to know that if we wanted to get a flagship experience on a small phone, it required us to completely change our platform of choice. We’ve written countless editorials here at Pocketnow and we’ve openly complained in our hang-outs of why we can’t understand this limitation. How is it that Apple can cram power into thin-and-light and others couldn’t? Well, that just changed.

Again, Motorola hasn’t been my favorite OEM for the last five years or so, but the launch of the Droid Mini has made me seriously change my mind about the company. When I started digging into the spec sheet and noticing that Motorola had just made this phone as powerful as its bigger siblings, I couldn’t believe it.

At times when all the “mini” phones have been a disappointment, one company has finally put competition to shame, and here’s why: 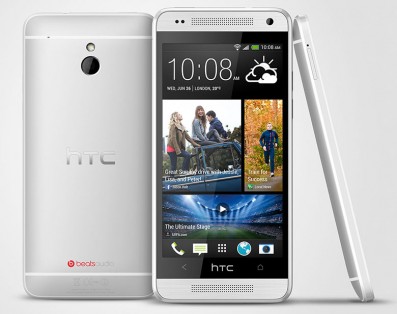 Let’s face it, the HTC One mini is just a pretty phone, and the same goes for the Samsung Galaxy S 4 mini. We can’t help but praise HTC for the beauty involved in its design, but the spec sheet of that phone is just terrible. I still laugh when I hear some HTC representatives speak of the One mini as a device without compromise, and then tell you that it doesn’t have NFC, among other things. We all had high hopes for the HTC One mini, and then when we’re faced with so many omissions on the device, it’s just not worth it to save a couple of bucks on a lesser Android experience.

Nokia has recently adopted a trend that has really upset many of us here at Pocketnow. It’s no secret that most of us love wireless charging, and the fact that the Lumia 925 and the Lumia 1020 require an adaptor to get it working is simply unfortunate. At first we thought that we should cut Nokia some slack because it made sense for there to be some compromise in order to avoid the heft that many complained about the Lumia 920, but what’s the excuse now? The Droid Mini has wireless charging. Do I need to say more?

It’s hard to predict if the Droid Mini will sell well. Sadly it’s stuck to just one carrier, and that’s not necessarily a good thing. The fact that Motorola hasn’t cared for their reputation in the last couple of years is also a sign that it might not be as possible as it should be.

Regardless of what happens, if you’re out for a Mini phone without compromise, and Verizon is your carrier of choice, I would seriously consider this phone if I were you.

The phone will be launched on April 13.