LG has been avoiding the foldable topic for the past year, but it might jump straight to a double-folding smartphone, as this patent filing reveals.
Published 12 August 2019, 20:00 EDT

The last time, and probably the first, we’ve seen a double-folding smartphone was when Xiaomi started teasing its own take on the foldable, with leaks starting in January, followed up by official teasers, and more of those in March.

It looks like the Chinese company isn’t the only one exploring the topic. LG has been avoiding the foldable topic for the past year, as the company preferred to go with a secondary display accessory for the V50 ThinQ, and its upcoming IFA 2019 successor, but it might jump straight to a double-folding smartphone, as this recently uncovered patent filing reveals.

Filed in China on March 6 this year, the patent describes, and shows, through its sketches, a smartphone that would have a double fold, which, when unfolded, would be twice as wide as the unfolded version of it.

A dual camera on the back, no front-facer, and a canvas everyone would envy make this a patent we wish we’d see tomorrow on the market. Check out more of the graphics at the source link below! 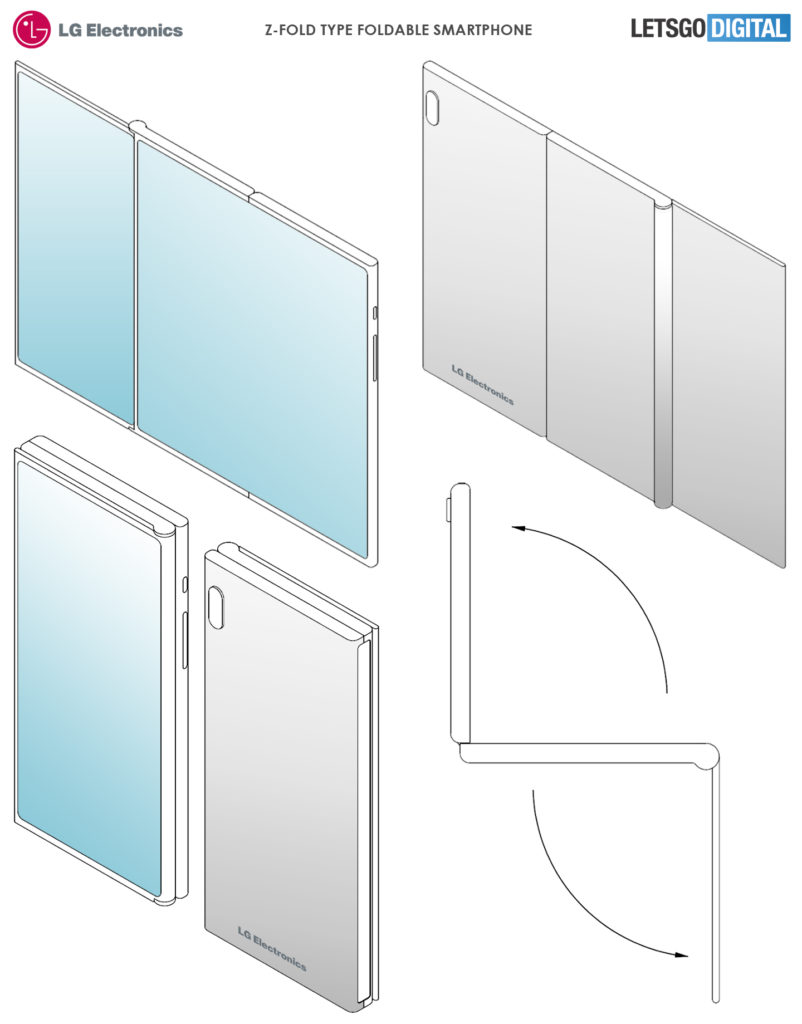 Google’s adding an entertainment hub to Android tablets that aggregates video content, game, and books, and is calling it Entertainment Space.

Ever since the Huawei P20 Pro came out with its 40 megapixel main camera, Huawei has been killing it with some of the best cameras on phones since the Nokia Lumia 1020 from 2013! How’s that Mate 40 Pro camera doing these days?