Did the Android 6.0.1 update kill your battery life?

User’s who have gotten the Android 6.0.1 update are reporting much shorter battery life than before the update. Are you one of them?
Published 31 December 2015, 17:07 EST

Just imagine how rested you would feel if you had to wake up a hundred times an hour — all night long!

One of the most exciting new features of Android 6.0 Marshmallow goes by the name of “Doze Mode”. In general, Android is really good at multi-tasking. It can run a whole bunch of stuff all at the same time, and as long as your hardware has enough RAM and processing power, you’ll probably hardly notice that it’s doing a dozen or more things at once. The one area where you will notice this is in the frequency at which you’ll need to recharge your battery. The faster your processor cores run (and the longer they do so), the quicker your battery will run out – even when the screen is off.

Cats and Recipes and Tweets, Oh My!

Virtually every app that you have on your phone or tablet can request data from the Internet. Email can flow in frequently, Facebook has to check if someone’s posted an offensive meme, Twitter’s got to let you know all kinds of things in 140 characters or less, Instagram has pictures of cats that you need to see, Pinterest has a hundred new projects that won’t turn out anywhere close to the way the picture looks, six or seven guys are getting updates from Google+, weather apps are finding out the same information that you could get by looking out the window, and so on. Each of these requests has to wake up the phone, turn on the modem, access the Internet, get a response, act on that response, then go back to sleep. All that adds up!

Just imagine how rested you would feel if you had to wake up a hundred times an hour all night long! That’s pretty much what your phone or tablet is doing – even when you’re not using it and even when the screen is off. 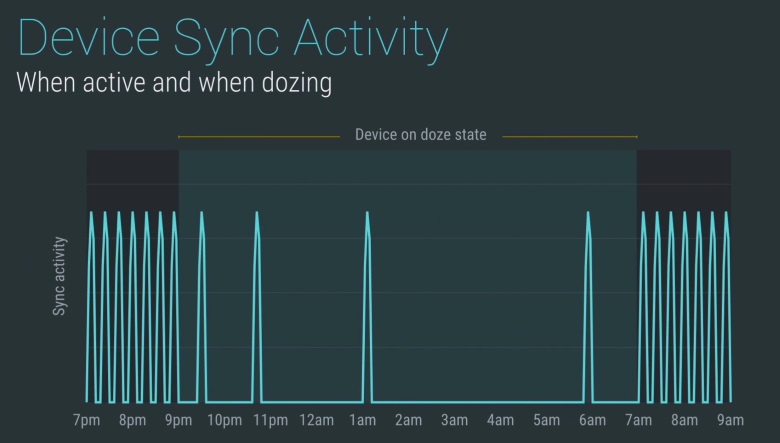 Android 6.0 came with a new feature called “Doze Mode”. Put simply, Doze Mode takes all those requests for information and queues them together. Then, every so often, the device wakes up and handles all the queued requests, and goes back to sleep. Sure, those cats in your Instagram feed aren’t going to be as up-to-date all the time, but they should be there when you need them.

The benefit? Awesome long battery life while “dozing”. All was well in the land of Androids… and then came the Android 6.0.1 update.

Users who have gotten the Android 6.0.1 update are reporting much shorter battery life than before the update. Others are reporting that Doze Mode doesn’t work any more. On both the Nexus 6P and Nexus 5X we’ve checked, something does seem awry.

Have you gotten the 6.0.1 update, and if so, how’s your battery life compared to before the update?

Panasonic Toughbook 33 refresh comes equipped with a 10th Gen Intel Core i7-10810U vPro CPU paired with up to 32 gigs of RAM and 1TB of SDD.