One Year Later, Do You Use NFC?

We started telling you about Near Field Communications (NFC) about a year ago, and saw smartphones with the “revolutionary wireless technology” built-in shortly thereafter. We showed off some fun tips and tricks with NFC in a few videos, and even opined about what aspects of our lives could made better today though the widespread use of NFC.

Then it all disappeared.

NFC has all but been relegated to a line-item on a specifications list. Tech sites aren’t talking about it and newspapers have stopped running stories about. Where did NFC go? Did it fail? After only one year, do you still use NFC? To answer that I evaluated my own use of NFC since I told you about it those many, many months ago.

Do I still use NFC? As a matter of fact, I do — and my use of NFC is increasing!

I like the way Google Wallet aggregates payments that I make with both my Visa debit card and Discover card into one central location, complete with geo-location of where and when I made a particular purchase. The problem to-date has always been the relatively few locations that I could use Google Wallet. Sure, a few convenience store chains and fast food franchises have adopted the technology, but what about everywhere else? Implementation has been slow — until recently. 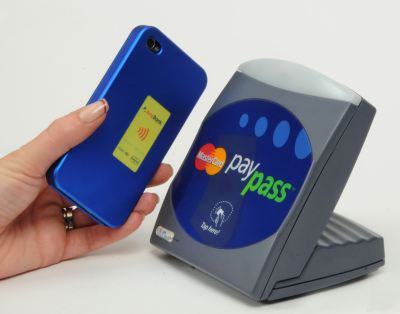 Isis, the carrier-backed competitor to Google Wallet has been running a few test markets across the county. Luckily Salt Lake City, my nearest metro, is one of those places! What’s more, Isis terminals are starting to show up in all kinds of places, from the food court at the local mall to the farm supply store up the road.

In an effort to market Isis and speed adoption retailers were given Isis-compatible terminals as free upgrades to their “old fashioned” card readers. These new terminals, although marketed specifically for Isis, are compatible with MasterCard PayPass, which also makes them compatible with Google Wallet.

Everywhere I see an Isis or PayPass terminal I use Google Wallet. Ironically, my smartphone is more conveniently accessible than my actual wallet. In my area we’re fast approaching a point of critical mass of retails who support NFC-based payments versus those who do not.

Many times when I pay using my smartphone it’s the first time the merchant has seen the “swipeless” technology used — let alone with a smartphone. More often than not they’re skeptical or even hesitant to accept the payment — until their cash register lights up with an “approved” message and prints out a paper receipt. At that point you’d have thought aliens had just landed — they’re flabbergasted. After that the conversation turns to “what phone is that?” and they usually pull out their own smartphone, followed up a question of whether or they can do that with their phone.

I’m frequently asked “will it work on my iPhone?” and I have to politely chuckle and say “nope, but it will probably work on your Android”. 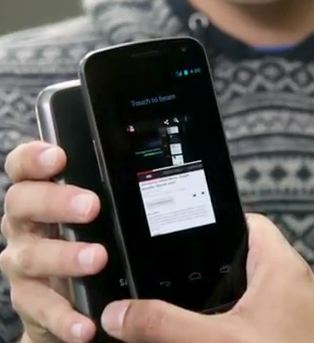 Android has a feature built in called Android Beam that lets you quickly and easily share all kinds of stuff with your friends just by tapping your phones together.

After using this a few times with my wife it was easier just to snuggle up next to her and watch something on her phone, or vice versa.

I stopped using Android Beam until just recently when a friend of mine upgraded his old Android-powered smartphone with a Galaxy S III. I’m not as comfortable “snuggling up” next to him to share an app or a video, but tapping our phones together? You betcha! After turning on Android Beam and turning off Samsung’s S-Beam we were sharing all kinds of stuff quickly and easily. He still thinks Android Beam is one of the coolest features of his new phone.

What’s holding back adoption of this feature are the number of devices with NFC built-in, and those running a version of the OS compatible with Android Beam. As each of those numbers increase you’ll see people tapping their phones together to beam data from one device to the other more frequently. 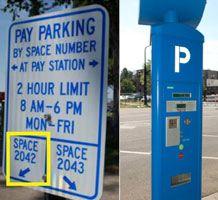 I almost never carry cash with me, let alone change, so when I find myself in “the city” where parking meters are the norm I have to kick myself for not thinking ahead.

Just recently I was in “the city” and found myself staring at a parking meter “post”, regretting my lack of foresight. The post included a stall number and instructions to pay for parking, which I could to at a kiosk across the street, by scanning a QR code, or via NFC. Of course I opted for the latter. It didn’t work. I tried the QR code, but it failed again. Finally I went over to the kiosk, but even that wouldn’t let me pay. Apparently parking is free on Saturdays, but there’s no messaging to communicate that to “out of towners”.

Although my experience with paying for a parking meter via NFC failed miserably it was only because the payment system that the NFC tag led me to didn’t contain a “Hey, it’s Saturday! You park for free!” message on the parking stall’s web page. 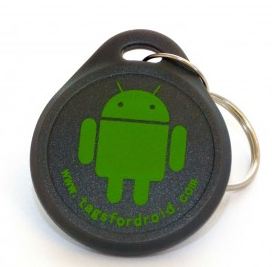 I don’t do a lot of business card swapping since you’ll typically find me sitting behind a desk. It’s even more rare to find me in public with a business card in-hand. However, the times that I have needed to exchange contact information have usually been with a person who had an NFC-equipped smartphone.

Foreseeing this eventuality I put my business card onto an NFC Key Fob from TagsForDroid.com and have impressed the socks off a grand total of one person who was able to successfully read my business card off the fob. The next person wasn’t so lucky and got a “read error” which was the result of a failed NFC chip. (Maybe they’ll read this article and replace the failed fob. UPDATE: Sure enough, TagsForDroid.com contacted me and are sending out a new fob. They also said failure rates for NFC chips are ridiculously low, and if I hadn’t tossed the “broken” one, we could probably have fixed it with some basic troubleshooting. Good to know!) I had to fall back on swapping my contact information via an on-screen QR code, but the recipient found this approach equally as impressive.

Some of the other NFC “tricks” that I’ve shared in the not-so-distant past have included task launching, profile switching, and more. I though these tasks would be the best and most efficient use of NFC on my smartphone — but I rarely use them any more.

Here I am one year after NFC entered my life. It sprinted out of the gate with promises of ease and utility and revolutionizing the way I was going to use my smartphone — then fizzled. Now that more devices are supporting NFC and more retailers are offering payment terminals that accept the wireless technology, NFC is making a strong comeback. I find myself using NFC at least once or twice a day, and I can only see that number increasing.

What about you? Do you use NFC more today than you did several months ago? Why, or why not? I’m eager to hear your experiences in the comments!

Hat tip to Cezar Constantin Cociorba from YouTube who recommended this topic.