Surface Pro clones, copycats and “killers” are everywhere these days, but you need to dig deep to find one that’s special in any meaningful sense.

Showcased way back in January at CES 2017 as a rough-around-the-edges prototype, alongside a more polished, far humbler 5285 model, Dell’s Latitude 7285 is now ready for primetime, fetching $1,199 and up stateside.

That’s a whopping 400 bucks more than the starting price of Microsoft’s latest Surface Pro, so you can imagine much better entry-level specs are in tow here. Namely, a fast and furious Intel Core i5 “Kaby Lake” processor, super-sharp 2880 x 1920 anti-glare display from, well, Sharp and 8GB RAM paired with 128GB solid state storage.

If money isn’t an issue, of course, close to $2,000 will get you a top-of-the-line Dell Latitude 7285 configuration with everything from next-generation Core i7 power to 16 gigs of memory and a 256GB SSD on deck. 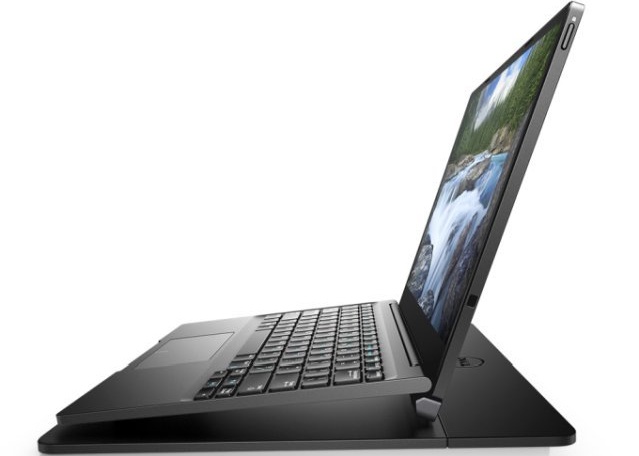 Still, you’ll have to pay extra for one of this 2-in-1 Windows 10 machine’s main differentiators from the Surface Pro family, i.e. a detachable wireless keyboard. Along with a cable-free charging mat, the productivity-enhancing accessory costs $550 (yes, really), allowing you to juice up the tablet and keyboard separately sans the usual effort, hassle and constant wall-hugging.

If that’s a little too rich for your blood, a conventional “productivity keyboard” without wireless charging capabilities will set you back $250. Either way, Dell is advertising the decidedly elegant and robust Latitude 7285 as the world’s “thinnest and lightest Windows based commercial 2-in-1” product, which is another important advantage over the new Surface Pro. Maybe not extremely important, given the small gap between the two’s 7.25 and 8.5 mm profiles, as well as their 680 and 768 grams starting weights respectively.

Today’s deals come from Verizon, Amazon, and Samsung, where we find the Google Pixel 5, the Samsung Galaxy S21, and more devices on sale