Dell never puts all its eggs in one basket, yet again launching both affordable new Chromebooks and durable Windows laptops for the classroom.
Published 25 January 2017, 04:04 EST

It’s raining new Chromebooks all of a sudden, as Google goes the extra mile to fill the void left by dying traditional Android tablets, challenging affordable Windows convertibles and mini-laptops, as well as iPads, at least in the education market.

Dell today joins Asus, Acer and Samsung in laying the foundation for the next generation of Chrome OS notebooks, with full Play Store access and Android app support out the box, and a variety of form factors, greatly enhancing portability and versatility.

As the name very clearly indicates, the Chromebook 11 Convertible is the most interesting of the bunch, with 360-degree flexibility for clamshell, tablet and tent usage modes, sixth-gen Intel Celeron processors, and a scratch-resistant touchscreen in addition to a spill-proof keyboard and touchpad.

The other two new Chromebook models aim to primarily stand out with “all-day” battery life, looking fairly generic on the outside while also promising durability and ruggedness. 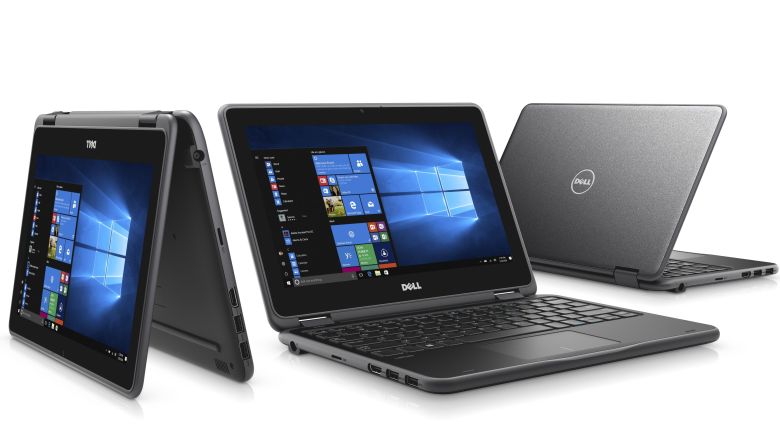 Unfortunately for Chrome OS fans, Dell’s overall most exciting education-oriented laptop unveiled today is the $579 and up Windows 10-powered Latitude 11 Convertible (3189). This not only upgrades the mediocre processing muscle of its Chromebook sibling to seventh-gen Intel Celeron and Pentium silicon, offering an optional Dell Productivity Active Pen and “world-facing” camera for the 11-incher’s tablet mode as well.

The Windows-running Dell Latitude 11 and 13 likewise bump up the specs slightly, setting you back $349 and $519 respectively starting early February.

Following the May 2020 update, Windows 10 users will be able to adjust the size of cursor and add a color indicator to the text cursor.