Microsoft Cortana can do a lot of things, but one thing it can’t do is operate on competing platforms – not yet anyway. But what if it could?
Published 17 March 2015, 14:40 EDT

Long before smartphones became “smart”, business users would carry around a phone, perhaps a pager, and a PDA – a Personal Digital Assistant. This PADD-esque device was typically powered by an OS from Palm (Palm OS), Microsoft (Windows CE), or Apple (Newton). They enabled us to carry our contacts, calendars, task-lists, eBooks, email, and select types of documents with us where ever we went. We’d later sync our PDAs with our desktop computers so the data would remain up-to-date at our desk and on the road.

As time progressed pagers and cell phones merged with our PDAs and we now call them “smartphones”.  Somewhere along the line we lost what these devices were trying to be: personal assistants.

The second rise of PDAs

Eventually Apple created Siri, a semi-intelligent assistant that could help you find what you were looking for, set an alarm, make an appointment, and much more.

Microsoft, the late-comer to the game, has Cortana. For those of you unfamiliar with Microsoft’s massively popular game series, Halo, Cortana is the “AI” (artificial intelligence) that helps the hero of the series out of some pretty sticky situations. (To this day, the Flood still gives me nightmares.)

Cortana, as a personal digital assistant on Windows-powered phones, has been growing in both popularity and capability. Now, with Windows 10 just around the corner, Cortana will be coming to our desktops, tablets, and laptops – ready to help out just by speaking her name.

That’s some pretty impressive power – all tucked behind a singular service and common user interface. But, if rumors are to be believed, Microsoft isn’t stopping there: Cortana could be coming to Android.

Despite being at the back of the pack in the mobile space, Microsoft still has a huge presence in the office. Even the computer I’m using to write this article is powered by Microsoft’s Windows operating system. With Cortana coming to Windows it makes complete sense that I’d be able to use the same interface and expect the same results when I go AFK with my smartphone or tablet – regardless of the operating system powering it.

Despite the scantily-clad character from the Halo series, Cortana on smartphones and computers is simply a blue circle (a halo, perhaps?), so parents and employers need not worry about LSFW content on phones (not in this regard anyway).

Releasing Cortana for Android (and integrating her with the Android OS) will help Microsoft gain a foothold on its competition’s devices – something Google has been trying with the ever expanding capabilities of its Chrome web browser on Microsoft’s OS. From a business standpoint, this is pure gold! From an end-user standpoint, this move will help make our PDAs become more personal, and will push the capabilities of Google Now and Siri forward as the competition becomes more capable. 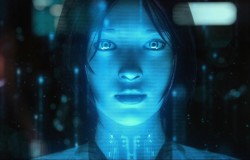 Why stop with just Android? At my day job, the enterprise has standardized on Apple’s iPhones for their cellular needs. Our desktops and servers are all powered by Windows. Our laptops, despite being built by Apple, all run Windows.

They’re not the only enterprise to employ a similar strategy. Why wouldn’t Microsoft eventually release Cortana for iOS devices, too?

Whether or not the rumors are true is anyone’s guess, but if you ask me, Microsoft would be foolish not to develop Cortana to work on devices powered by their competitor’s operating systems.

Broadcom, a major hardware supplier for Apple, has told investors that its revenue surge which comes from iPhones will now happen in Q4 instead of Q3.

You can now use Google Assistant voice commands to start a recording or a search an older one in the Recorder app, and save the transcript to Google Docs.
YouTube 1.8M
Facebook 569K
Twitter 196K
Instagram 133K
RSS