After JerryRigEverything scratched the Galaxy Note 7 up a treat, Corning had some explaining to do about its Gorilla Glass 5.

The company behind what’s supposedly the most shatter-proof glass for smartphones in the market is addressing concerns made on a JerryRigEverything YouTube video.

In the video, the display glass gets scratched with an assortment of picks, the hardness of each relating to a step on the Mohs hardness scale. In this case, the Note 7 appeared to show signs of scratching at around a level 3, just one step above plastic’s usual threshold, level 2.

Android Authority interviewed two top Corning employees to see what was going on.

“[…] the test that was conducted in the video is obviously not a bonafide industry test. It’s using Mohs hardness picks, but it’s in an uncontrolled manner,” said vp of technology Jaymin Amin. “We also don’t know a whole lot about what loads the person has used. Whether those loads are changing as he goes through the testing.”

Thing is, prior JerryRigEverything scratch tests have been carried out pretty much the same way and those Corning Gorilla Glass products have also come in at about a 5 or 6.

Gorilla Glass technical director Jon Pasansky shot down any idea that the product’s fifth iteration is not a Mohs hardness level 5 or 6. All glass are at least a 5.

“[It] has been validated several times during the development process here at Corning,” Pasansky said. 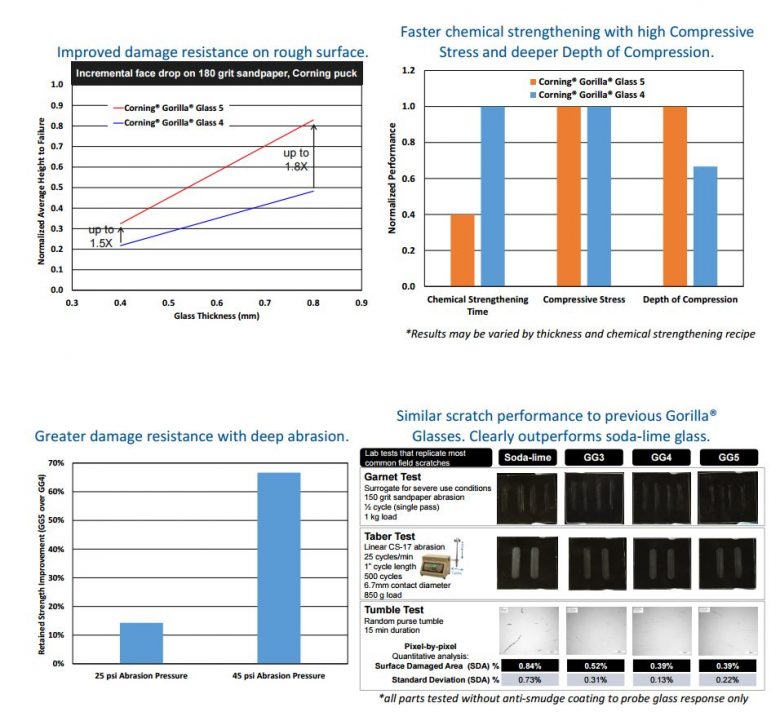 A possible reason for the appearance of scratches, then? Perhaps it’s the material of the pick rubbing off onto the glass — “material transfer,” as it’s referred to by Corning. That’s why the test load is so important. Corning also pointed out that “it can be very, very difficult” to just wipe away metallic transfer with a cloth.

So, why’s Gorilla Glass 5 so important? It’s not just about taking in shock and being more flexible, it’s about how the glass continues to hold up after multiple impacts.

Still, if difficult-to-remove material transfer is blocking your view of the Galaxy Note 7’s gorgeous display, the thing might as well actually be scratched or cracked or blown to smithereens, right?