You Just Got A Sweet New Windows Phone: Here’s How To Dock It

Your shiny new Windows Phone needs a futuristic new dock to complete the experience, right? Read on to see our picks for the most compelling of the bunch.
Published 26 December 2012, 08:01 EST

Another holiday season’s come and (almost) gone, and if you’re among the lucky ones, the receding tides of commercialism have left you with a bounty of gadgetry under your Christmas tree, Hanukkah bush, or other homespun symbol of holiday joy.

The holiday season is a crucial one for all platforms, but this year we’ve had our eye trained especially closely on Windows Phone. At this time in 2011, the Microsoft device stable didn’t offer much in the way of eye-catching goodies, with the then-unannounced Lumia 900 still months away from release. Would-be buyers of Windows Phone devices were faced with a boatload of aging hardware running a soon-to-be-replaced software platform.

Everything’s different this year. The Lumia family is out in full force with its flagship 920 and 820, HTC is stealing headlines with its Windows Phone 8X and 8S, and Samsung finally got around to releasing the highly anticipated ATIV S. All of these devices run Windows Phone 8, the companion platform to the much-buzzed-about Windows 8. It’s no exaggeration to say that the 2012 holiday season is the most visible in Windows Phone’s history.

So it’s a safe bet that many of you have received a Windows-powered device this holiday (or you’re planning to buy one with that cash from grandma that was supposed to go to your college fund). Now that you’ve got a shiny new Lumia 920/820, Windows Phone 8X/S, or ATIV S, you need to think about how best to accessorize it – because there’s nothing more gauche than bringing home a premium device and unceremoniously charging it with a boring old USB cable as it sits on your unadorned desk.

The docking station is one of the oldest and most vaunted accessories of the smartphone world. While its role in data synchronization has faded with the rise of cloud-based sync, its importance in securing and charging your device has only grown with the advent of new technologies and the growth of the smartphone market as a whole. As the Windows Phone ecosystem matures, the flow of specialized docks is increasing – and as a newly-indoctrinated member of the Windows Phone Daily Driver Club myself, I’ve been keeping a close eye on the accessory situation. Here’s a few of my favorites, culled from a mixture of personal experience and online wish-listing. (All prices are approximate.) 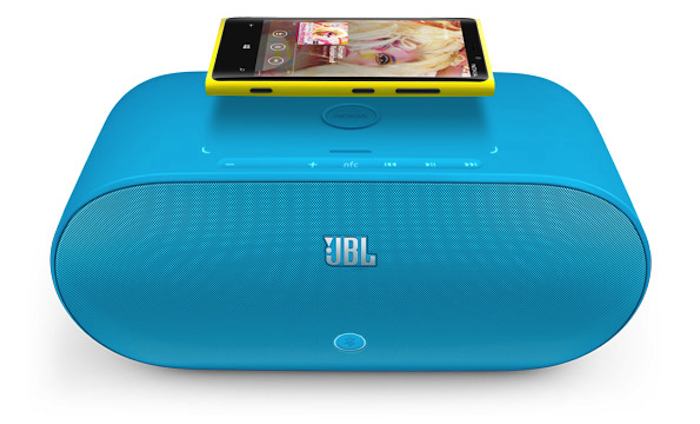 As detailed in our unboxing and quick look video from a few weeks back, the JBL Power Up is a monster of an accessory. Portability and a svelte profile aren’t selling points of this wall-powered speaker dock, which blasts your smartphone’s tunes at volume and bass levels approaching the ridiculous. Instead of a physical connector for audio, the Power Up streams your music via Bluetooth, and rather than a plug-in jack for power, it incorporates a Qi-based wireless charging pad up top. That means you can just drop your Lumia 920, Nexus 4, or Droid DNA on the oversized charging area -cleverly marked with light-up landing-zone indicators- to replenish its battery while you rock out. The Power Up also includes NFC, which compatible smartphones can use for instant pairing. At around $300, it’s not cheap, but for audio-centric docks, this is a tough package to beat considering its features. 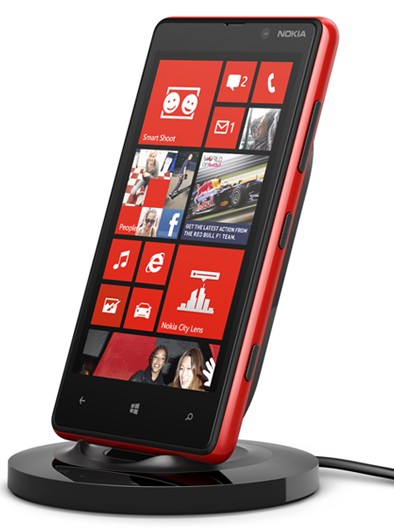 $69.99 is a lot to shell out for a piece of plastic, especially one as lightweight and seemingly no-frills as Nokia’s wireless charging stand. And the fact that its sister product, the wireless charging plate, came free with Lumia 920 devices for a time might also give prospective buyers pause. But if you’ve already had some hands-on time with the charging stand, you’ll understand why it’s my preferred choice over the plate. It’s not because of the built-in NFC functionality, which is less useful than you might think. It’s because unlike the horizontal plate, the stand actually accommodates your device in a usable position. You don’t need to crane your neck to see notifications, live tiles, or whatever else is lighting up your home screen, because your phone is propped up at much the same angle as a computer monitor. Plus, in the vertical orientation, gravity keeps your Lumia from wandering off or clattering to the desk when jostled, a big plus with such a low-friction device. 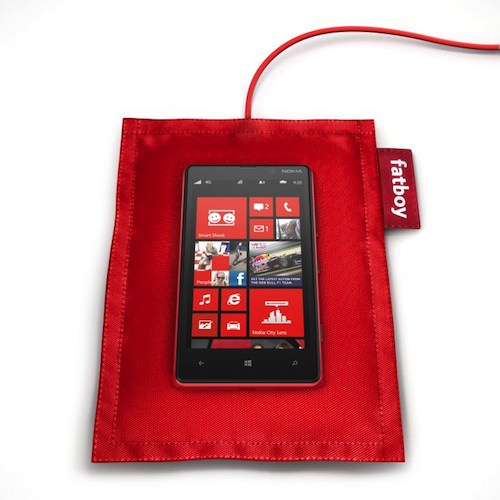 It’s not a “dock,” really. It’s a pillow. A $60 pillow called Fatboy. That charges your phone, wirelessly.

This is a cool choice if you’re into … fabrics. Or something.

I don’t know what more I can say. 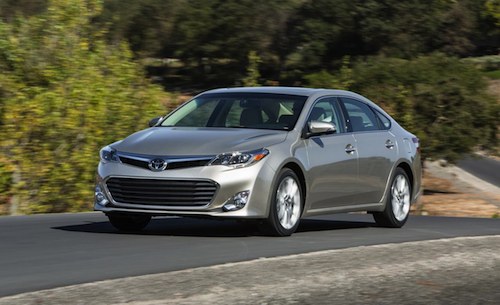 Well, it’s not a dock in itself, but the 2013 Toyota Avalon Limited has one built in. According to Android and Me, the car will be the first in the world to offer in-console wireless charging for Qi-enabled mobile phones. That includes aforementioned Android-based heavy hitters like the Nexus 4 and Droid DNA, of course, but it also includes your Lumia 920, Lumia 820 with special back cover, and your shiny new Windows Phone 8X (some of them, anyway). Unfortunately, it doesn’t include the Samsung ATIV S, the otherwise-awesome Windows Phone that doesn’t offer wireless charging support of any kind. Taking that handicap into account, we’ll close out the accessory listing with something a bit more conventional. 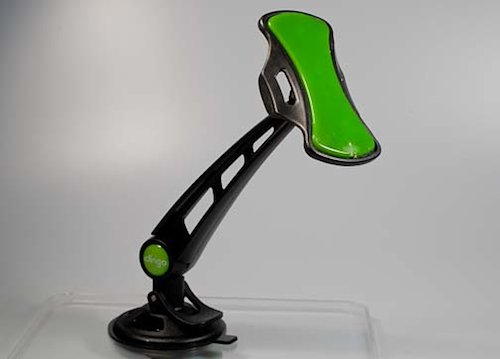 Sometimes you don’t need all that fancy wireless-charging and Bluetooth-syncing hogwash. Sometimes you just want your phone to stay where you put it, especially if you didn’t spring for the fancy Toyota up above, and you’re using Nokia Drive to guide you through some pretty aggressive turns in your lilac Kia Spectra. According to a review over at WPCentral, that’s what the Clingo car mount is all about. The green pad on its face is made of a sticky material that keeps your device firmly anchored -supposedly without leaving a residue- and the company claims over 3,000 uses before sticky-pad exhaustion (which should be a band name).

As always, I wish there were more to report from the Windows Phone accessory front. As it stands, unless you or your holiday benefactor had the accessory-focused foresight to go for a Nokia at the checkout counter, there’s precious little to report in the Windows-Phone dock arena. I’ve got serious hopes, though -and in light of the new Windows 8/Windows Phone 8 push, I don’t think they’re unfounded- of more Microsoft-friendly accessories coming soon. In the meantime, here’s hoping you found at least one of these suggestions worth a try. If so, or if you already had some experience with one or more of the above before clicking on this article, share your insights in the comments below.

Qualcomm has gone ahead and confirmed the SoC details for the device.