Round is the new square: why circular smartwatches captivate us so

Most smartphones and even the current generation of smartwatches are rectangular. Why then do circular smartwatches captivate us? Why do we yearn for round?
Published 06 August 2014, 10:09 EDT

Back in “the day”, telephones were made up of a round speaker connected to a round microphone via a handle. To call someone, you picked up the “handset” from the “receiver” and “dialed” the number. The reason we still use that term today is because the apparatus for inputting our contact’s phone number was a round dial. You’d stick your finger in the hole that represented the number you wanted, rotate the dial until it stopped, pull out your finger, and wait while it returned back to the starting position.

This wasn’t such a chore when only four digits were required to call someone. Then the phone company added a fifth. Eventually seven digits were required to “reach out and touch someone”. Today, that number has increased to ten, not including any international or long-distance codes that must prefix the number. The more numbers that had to be dialed in this manner, the more likely you were to get a digit wrong, which meant you had to “hang up and dial again”. 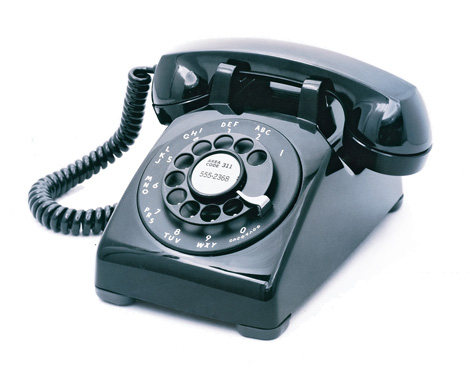 Some of the people reading this article will undoubtedly remember this with a sort of quiet reverence (and a sigh of relief that we no longer make phone calls that way). Another segment of the audience has no idea what I’m talking about, and will probably never know the satisfaction of slamming the handset onto the receiver when angrily “hanging up” on someone. What does this all have to do with smartwatches?

Eventually digital handsets came out. They were rectangular with square push-buttons. We still referred to the process as “dialing” a number, even though the dial was fading into nostalgia. Part of the reason for the switch was to make the new technology stand out from the old as dramatically as possible.

Somewhere along the line we lost the ergonomics, the art, the fluid lines that were captured in the device that made the world a smaller place. We replaced them with bricks. 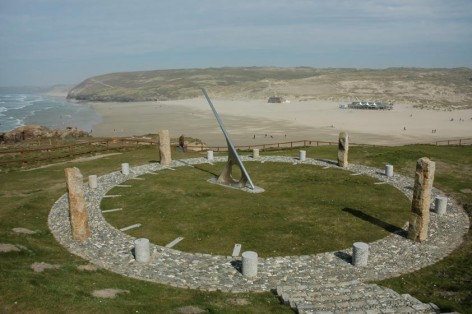 Part of this was out of necessity. The screens we use today don’t lend themselves to shapes other than rectangular. Even some products which appear to have a round screens simply have a square screen covered up by a round bezel.

Today, however, we sit on the eve of a mass-produced device with a round-screen. Well, mostly round anyway. But what is it with round that captivates us so?

Analog timepieces lend themselves best to round faces. From clock towers to wall clocks, floor clocks to mantle clocks, pocket watches to wrist watches, all of them have series of central posts onto which are fastened hands to tell us the hour, minute, and second. Of course you can put these posts and hands into a square or even a rectangular face, but they fit best inside a circle. Whether you want to chalk that up to form following function, or just the fact that we like round things is a matter of personal opinion.

As watches improved in functionality, they turned to rectangular displays powered by liquid crystals. We began to lose the purity, the simplicity, the organic nature that is “time”, just as we lost the same when our phones forgot that we are people with soft edges and gentle curves.

Smartwatches arrived, and as expected, utilized rectangular screens. Some, however, are fighting the trend. Battling to keep the organic shape that has defined “time” since the first sun dial was created. These “retro-pioneers” risked missing the start of the race, waiting until they had the time, technology, and talent to restore the Heavenly relationship that we have with time by bringing us a round smartwatch.

It’s in our blood, our very DNA, and calls to us on a primal level that words fail to describe. Round is “the new square”, and in time, circular smartwatches will be the norm, not the exception.