A month after we saw a developer hack Android onto an iPhone, it seems that a Chinese manufacturer has worked its way into a commercialized product.
Published 22 July 2016, 12:59 EDT

The dream may have been achieved, but can it come to the masses? Well, leave it to China to bring down the house.

Last month, Tendigi developer Nick Lee had built a prototype of a hardware addition to an iPhone that can make it run Android. It seems like Haimawan, a company working with OS virtualization, has run with that momentum by releasing the MESUIT this week, a case that lets Android and iOS run simultaneously on the iPhone. 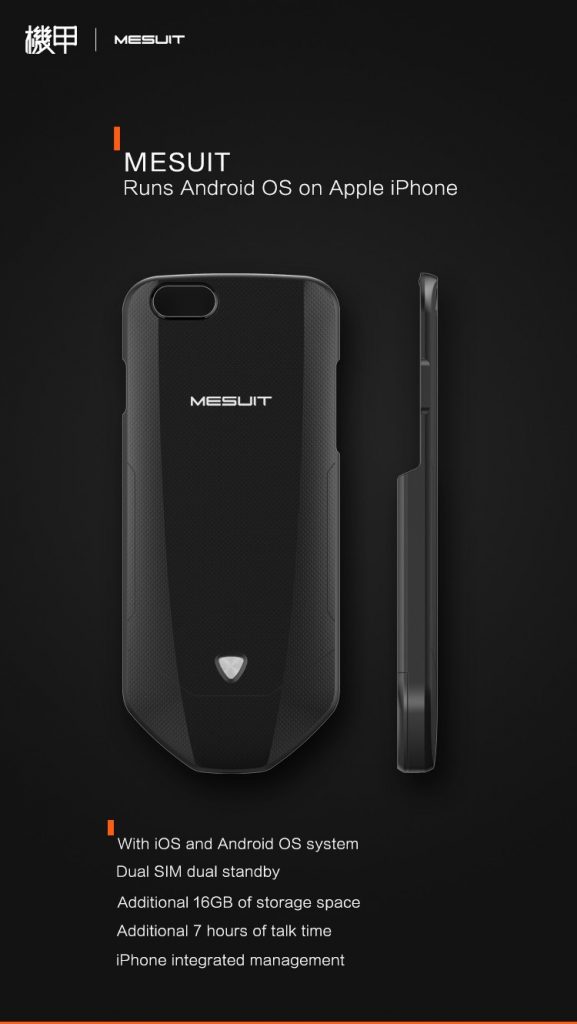 The case connects to the phone through the Lightning port and is interfaced through an app. It boasts a 1,700mAh external battery for the iPhone 6 and 6s and a 2,500mAh power pack for the Plus models. Both cases also hold an additional 16GB of partitioned storage, but transfers between the two can be easily made. The Android side is skinned with MESUIT OS with APus Launcher on top of it all.

Source: PRNewswire
Via: The Verge

It could go official later this year.

The upcoming Motorola phone is tipped to feature a 6.8-inch display.