Rumor is that the Nokia has an inexpensive Android-powered smartphone to announce at MWC 2014. But what corners have to be cut to make a cheap Nokia X?
Published 20 February 2014, 07:13 EST

Rumors are flying about the Nokia X/Normandy, which appears like it’s going to be a lower-end Android-based handset, likely to be announced at this year’s MWC. All that sounds great — but it’s an insanely stupid idea! A US$110 Nokia X would just be the company shooting itself in the foot!

Nokia is, and always has been, a great manufacturer. It makes phones that really hold no equal. Nokia has an entrenched user-base across Europe, and makes some of the best looking smartphones that you can find. The company can make a smartphone that’s well-worth a $500 price tag. But the Nokia X is somewhat of a mystery.

First off, Nokia teamed up with Microsoft on Windows Phone, and has been fairly successful — as successful as one can expect selling a device that runs the OS that’s dead last in the smartphone race. Unfortunately, that’s been a limiting factor, crippling an already struggling company. How could Nokia possibly recover? The answer might sound a bit unorthodox — Nokia could make an amazing smartphone powered by the top mobile OS in the industry: Android. Nokia’s relationship with Microsoft sort of put the kaibosh on that ever becoming a reality. Or did it?

Some sources claim that Microsoft makes more money in license fees for devices that ship with Android than it makes on each phone running its own operating system. Let that sink in for a moment. If a company can make more money from a competitor’s product that it does from its own, why not simply sell the competitor’s product instead? That may be exactly what’s happening with the Nokia X. But that brings us back to the price.

If you’re going to go out on a limb and make a device that runs something entirely different than every other device that you’ve previously made, you’d want to make sure that the first one is an instant success, right? You’d pull out all the stops and make it amazing! Wouldn’t you?

What’s “amazing” about a 4-inch TFT display with a resolution of 480×854, a 1GHz dual-core Snapdragon 200 processor, 512MB RAM, 4GB storage, and a 5-megapixel rear camera? Nothing much, right? Other than the rumor that it will include a microSD slot (which it will need if it only has 4GB onboard storage) and will run Android 4.4 KitKat, there’s nothing very impressive. The result? A rumored $110 smartphone! 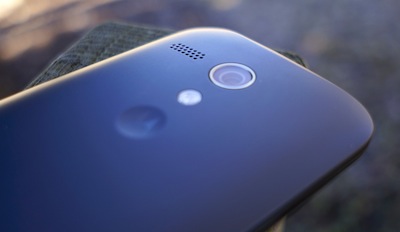 Don’t get me wrong, inexpensive phones are a very good thing, but there is such a thing as “too cheap”. Will that be what the Nokia X ends up being? Or will Nokia somehow pleasantly surprise us with their first real foray into the wild world of Android? Although it remains to be seen, our curiosity has been piqued… but we sure don’t want Nokia to shoot itself in the foot!

What do you think?

Are the rumors of Nokia building an Android-powered smartphone true? Will the Nokia X really sell for $110? Would you buy a cheap Nokia X, a phone with half the specs of the closest “cheap” phone? We want to know! Head down to the comments and let us know your thoughts.

It seems that the Samsung Galaxy Note 20 and the Galaxy Fold 2 may launch in August, under a different format because of the ongoing pandemic