The crowdfunding scene for more versatile portable battery packs has been exploding in the past few months, especially as big players like Anker catch up and overdeliver.

One such player that has popped up is ChargeTech. It came out in 2014 on Indiegogo with a 27Ah battery pack, but it wasn’t just any pack — it was one of the first to include an AC outlet to power appliances.

This time around, ChargeTech is back with PLUG, a 48Ah (~200Wh) package about the size of an external hard drive, but with room for two outlets (with maximum output of 250W) and two USB ports. There are Tesla-made cells inside, a digital percentage meter outside and even a USB Type-C port, too. Better yet, PLUG can plug into the wall to not only charge itself, but pass through charge to your devices as well.

Well, on its first day out of the gates, Indiegogo backers piled in five times the capital ChargeTech was asking for and is now sitting pretty with $381,000 of funding and 18 days left in its campaign. Perks also include a solar panel to the charge PLUG with. 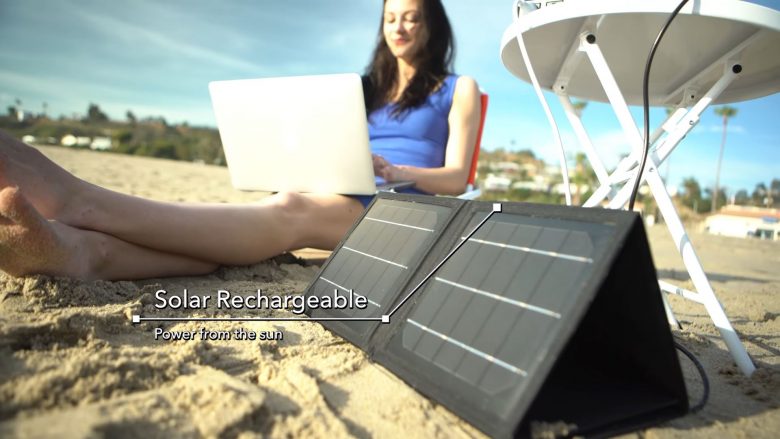 Backers have already unlocked the first stretch goal — a free keychain charging cable — but there are a few more to go with a weatherproof neoprene carrying case at $750,000, a DC car charger at $1 million and a capacity bump to 54Ah at $1.5 million.

A single discounted PLUG unit stands at $209. As of this post, there are 445 left to claim.

Check out the latest iPad mini 6 that was recently announced with a new design, performance updates, and gen-2 Apple Pencil support