We’re Sad To Admit That CES Will Die Soon, Here’s Why

I remember a day when CES was the final frontier. It was the event everybody looked forward to, and I’m not just talking about the people that attend the show. Companies would seriously fight for a good spot to not only exhibit their products, but also used the show to tell the world about their plans and concepts for the year or years to come. It was even a sort of elite membership where if you didn’t use CES to promote your new gadgets, you simply didn’t exist in the world of tech.

There was a lot of wisdom behind the development of the show. I’m sure that whenever CEA came-up with the idea of a CES, they thought of everything. I mean, just think about it: The event happens on the second week of the year, which automatically hints to a “forget about last year, this is what’s coming this year” mentality. It was the perfect setting and the perfect time for every one to get a glimpse of where their pockets were going to go during the next 12 months.

Sadly, times have changed. We arrived at the show expecting so much, and as was the story of the last CES, we were faced with the need to dig for relevant content to cover since we ran out of hot things to share with all of you on day two.

So the question is why? Technology is definitely not slowing down, so how could it be that the biggest tech show on earth was not big enough to feature the things that would matter to you and us the most? We have a couple of ideas as to why:

Yeah, the year that even the Mayans had a problem with. Also the year when some of the biggest ironies have happened in the world of tech. One clear example was CES 2012. Even though the year has brought unprecedented innovations to the world, very few companies chose to actually use last year’s CES to show it to the world. Shouldn’t that have been the other way around? Shouldn’t it be that last year’s show was so full of new products that we ran out of time to cover them?

2012 was an odd year. There came a time in October when companies went so crazy stacking their own press events next to each other, that we actually had to chose which ones to cover. Apple has never used CES, but it was funny how all the rest of the companies scheduled their events just hours after Apple would announce theirs. Between Motorola and Nokia, which were part of CES 2012’s finest, their frenzy of events next to each other last fall was so crazy that CES 2013 didn’t see anything from them. 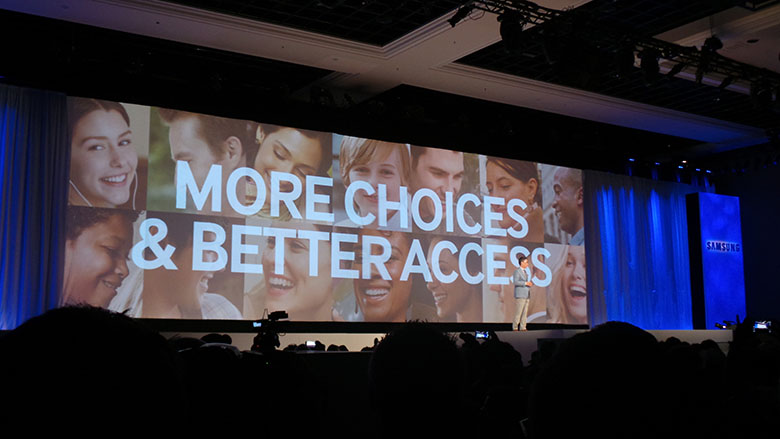 The fact of the matter is that companies don’t like to be diluted in the buzz any more. People probably mocked Apple years ago for staying away from trade shows and by doing their own thing, but it’s clear that the mentality has worked for them better than it has for the companies that actually used CES in the past.

Now that said, I find it odd that these companies are going from one mistake to another. Seriously, just think of it. They’ve gone from diluting their brands and products at CES, to having an Apple launch completely kill the buzz of their products. I seriously don’t know which is worse.

You’ll never see a Ferrari being sold at a Hyundai dealership. Both are great cars, don’t get me wrong, but if Ferrari is trying to sell you status, they’ll maintain themselves away from the rest of the pack. One thing we noticed that grew a lot at CES 2013 was what was dubbed by all as the “CESpool”, and I’m sure you can all conclude what is meant by that. The South Hall was full of technology enthusiasts that aren’t really start-ups yet. Small projects that started just like many of the current tech giants in a garage, but that aren’t picky enough to invest a little in a good sign or banner to make them stand out. Instead, there are tons of places that use signs printed in paper to demo their ideas. There’s surely nothing wrong in trying, but it makes you wonder just how seriously they are trying if they don’t take care of the little things.

For a company like Samsung, which is the Ferrari of the tech world, that is a problem. HTC has come to the point of not even having a booth, and other companies like Asus would rather stay away from the Convention Center if they’re mixed and diluted with low-tiered companies that are also there. Unless CEA figures out a way to segregate things going forward, I don’t see Samsung using CES in 2014.

As crazy as it is for us to cover CES, we enjoy it. It’s really sad to see it decline and we wish that CEA would notice impressions more than the number of people that attended the event. As Microsoft could show you (which was also barely seen at CES) numbers aren’t everything, and numbers don’t guarantee continuity. It’s hard to predict if CEA will change things next year or give us another glimpse of a much bigger “CESpool”.

Now flipping the coin to what’s positive about all this, is that the world of tech has barely began in 2013. It’s sad to see that it didn’t begin at CES, but that only means that it’s barely scratching the surface of what we’ll see in the next twelve months. With eight-core processors coming to mobile and daring companies like Samsung bringing twitter to your average refrigerator, it’s only a matter of time before another event wows our brains out.

What were your thoughts on CES? Were you left drooling over so much tech, or do you agree with us in that there was so much room for more? Leave us a comment.