Looking for a preview for next week’s tech storm? Our CES 2015 rumor roundup is an exploration of all the mobile tech we’re expecting, plus more.
Published 02 January 2015, 18:12 EST

The International CES begins in just a few days, with major press conferences lined up for January 5. That means the world is gearing up for one of the biggest tech conventions of the year: a great tech-filled beginning to 2015. Because CES encompasses not just mobile tech but the tech world as a whole, it’s easy to get lost in the torrent of information that comes from the show. To try to help consolidate all you might have been hearing, we’ve rounded up the biggest and most relevant mobile rumors all in one place, ordered by manufacturer. Without further ado, here’s our CES 2015 rumor roundup: 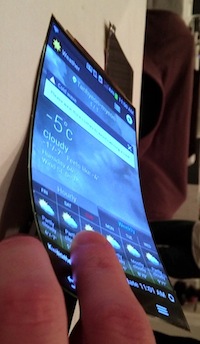 LG has a good shot at being one of the heaviest hitters at CES. On the wearables front, there’s a G Watch R2 supposedly on the way that has to a chance to debut at CES, but it might be more likely that we see this one launch at Mobile World Congress, instead. Apart from that, there aren’t any other LG wearables on our radar.

On the smartphone side, we’re still too far away to expect anything like a G4, but there have been a couple rumors that said that the company’s second-gen G Flex smartphone could use CES as a launchpad. That said, on the recent Pocketnow Weekly 129, guest Enobong Etteh of Booredatwork alluded to insider knowledge suggesting this wouldn’t be the case (much to Editorial Director Michael Fisher’s dismay). It remains a possibility, however.

Tablets? Don’t count on any at all – we have no CES-mentioning leaks from LG in the slate space. So the gist of it all is that we’ll see some small mobile announcements (midrange smartphones, perhaps?), but nothing too massive. Look to MWC for that.

CES 2015 could be a relatively low-key one for Samsung – at least when it comes to mobile devices. We’ve heard a couple rumors about tablets, with evidence pointing to work on a few such models, but a number of these sound like pretty middling-specced budget devices.

As for phones, there are few in-development models we’ve picked up hints about, handsets like that mysterious 5.5-incher, but don’t hold your breath for anything flagship-level. Despite what some sources would have us believe, the Galaxy S6 will almost certainly be absent, but we could still get a good amount of new hardware from other lines: maybe those Galaxy E and J-series devices.

The timing would make a lot of sense for Samsung to introduce some new wearables, but we don’t have a strong sense of just what those might bring to the table. Then again, it’s conceivable that the manufacturer has decided to but a damper on the breakneck pace at which it’s been coming out with new smartwatches, and could be taking a breather for CES – we could always see new ones launch a little later in the year

Of all the big manufacturers, Sony may have the best chance of delivering a nice lineup of attractive, high-end hardware at CES. Will we get an Xperia Z4? That’s a big fat “maybe,” and while the Z2 had an early-2014 launch, it’s no guarantee that the Z4 will be ready to make its grand premiere on Monday. At least one leak has suggested that Sony might be thinking of a release date for sometime in May, which might point to a launch a little further out – again, MWC feels like a distinct possibility. There’s also talk of new mid-range phones from Sony, and those might prove to be a little more likely to make an appearance.

We’re also thinking about Sony and tablets, especially with rumors pointing to a quite large model geared towards professional users. Is this the slate we saw in Sony’s CES teaser video? We’ll find out in just a couple days.

Finally, there’s that intriguing e-ink smartwatch. While stealthily revealed via crowdfunding, Sony may be planning a more formal introduction for the unusual wearable, and CES would be a prime venue.

Okay, okay. We all want to see HTC’s 2015 flagship (the Hima?) at CES 2015, and to that end there has been the stray launch rumor, plus lots of more general hardware rumors, but we don’t give this much credibility at all. Why? Well, for one, HTC sent out teasers for its January 6 event asking us to “Always Desire More” (emphasis our own). 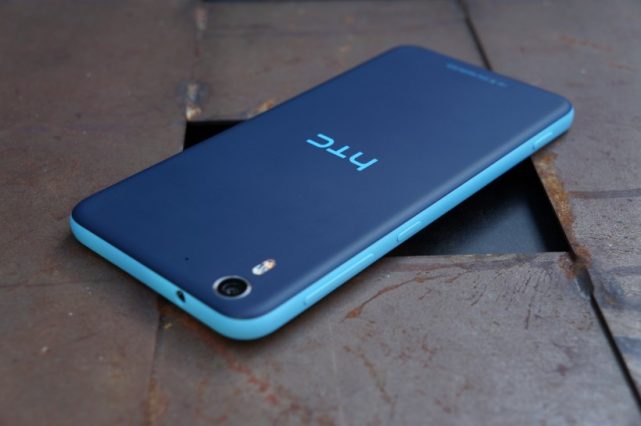 Leaked info from upleaks also has us thinking Desire – HTC’s mid-range smartphone lineup – will basically be HTC’s focus at the event. Expect one or two mid-rangers, and nothing big. Sure, HTC did tease “huge surprises that will blow you away” for 2015, but we’ve got a lot of year left to go in which such launches could arrive.

Really, considering all we’ve been hearing about entry-level devices, as well as leaks about specific mid-range phones, we expect this segment to be HTC’s main focus for at least a couple more months – we’ll talk more Hima/One M9 more as we start creeping up on MWC.

There will be plenty of other big names at CES this year, with hardware we’re looking forward to with varying degrees of excitement. ZTE will join the others on Monday with a press event of its own, and beyond showing off its spiffy new logo, there are also some phones we’ve been anticipating.

We usually think about straight-up SoC news when we’re talking Qualcomm, but this year the chip-maker’s been teasing phones featuring its silicon; is that an ASUS model, or maybe one from another OEM?

Speaking of ASUS, the company should have a new phone (or phones?) with some nifty camera capabilities. The latest teaser gets quite direct about such hardware, suggesting we’ll see the launch of a phone featuring a camera with optical zoom.

We’ll soon be seeing the arrival of Kodak-branded smartphones (finally, right!?), coming from the same people who brought us that ruggedized CAT B15. Should we be worried that the announcement of this launch said practically nothing about the cameras on this hardware? Probably.

Alcatel already announced some of its new devices, including phones that will share the same hardware across operating systems – just a shame you won’t be able to swap platforms at your whim. We’re also looking forward to what’s supposed to be a very affordable smartwatch.

Archos has similarly been early to the CES-launch-action, and today revealed details about a new smartphone and tablet. We’ve only heard a little about those guys, though, so we’re hoping to pick up additional details at the show itself.

A year ago you may have never heard of Xiaomi, but the manufacturer had a huge 2014, and we’ve got big expectations for what it will pull of this year. It could get an early start on things by launching new handsets at CES, and we’ve heard a little about what those might entail.

We’ll see you there!

Excited yet? Us too! We’ve got our team of Jaime Rivera and Michael Fisher on the ground in Las Vegas, ready to start reporting on all the announcements, launches, rumors, and fantastic tech goodness CES is destined to bring. To keep on top of everything they report, you’ll want to keep checking in with Pocketnow all next week. Follow us on Twitter, Facebook, Google+, or just keep slamming F5 while parked on our website to stay up to date with all the CES 2015 action.

It’s going to be a whirlwind of an expo, but we intend to do our best to bring you all the important news, ready to digest in bite-sized chunks. Mmm… next-gen mobile hardware… *drools*

Stephen Schenck contributed to this report.

All your passwords, favorites, shortcuts, and even open tabs in the older Edge browser will be moved seamlessly to the new Chromium-based avatar of Edge.