Unlike my two comrades who joined me, this year marked my third trip to Las Vegas for the annual International Consumer Electronics Show.

In that time, I’ve had a decent chance to gauge my expectations beforehand, to learn what to expect when the plane touches down at McCarran International Airport, and to predict which companies will (or will not) have a presence at the convention.

For the past several years, International CES has been growing. And this show was one of the biggest yet, covering over 2 million square feet, hosting over 3,200 exhibitors, and welcoming more than 150,000 attendees, similarly to last year’s CES.

All the while, mobile-specific vendors and manufacturers have moved their efforts away from the trade show scene. HTC, for instance, was absent – in any official capacity – from CES this year. We stumbled upon the HTC booth at Pepcom, which was literally an unadorned, fold-out table with approximately eight smartphones on it, and a small, makeshift paper HTC sign. To no surprise, the company announced nothing at the show this year. 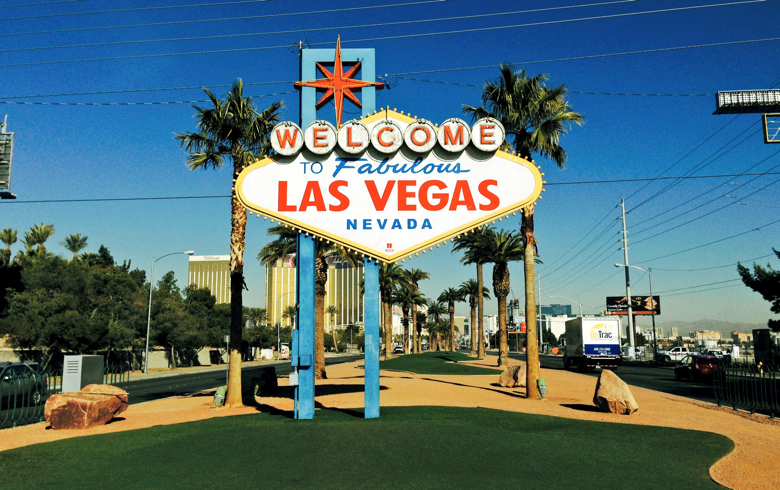 Such is the case for a lot of large mobile companies – Google (Motorola), LG, HTC, and even Nokia. They save their major announcements for mobile-specific shows like Mobile World Congress in Barcelona, Spain, or one-off, self-hosted press events around the world.

Pulling new announcements away from the chaotic environment created by an all-encompassing consumer electronics show provides a better platform for launch and exposure. This is what CES has become for mobile: a very small launch platform for companies looking to break into the US market.

When you look at CES 2014 in the right light, the show wasn’t a total wash. In fact, it was anything but disappointing, at least in terms of hardware.

ZTE, almost single-handed, made the show for me. The Nubia 5S and Nubia 5S Mini are the most promising high-end smartphones to come out of the firm … ever. ZTE is a company built on low-end smartphones which hinge on prepaid markets. But the company has shown interest to break into the US market and has a newfound penchant for design and quality hardware.

Alone, ZTE is still short of the quality we’ve come to expect from a firm like Nokia or HTC, but can certainly give Samsung a run for its money. 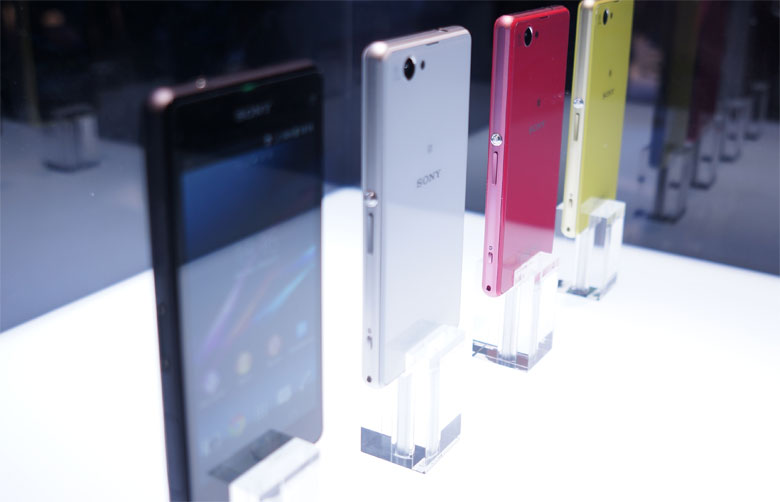 Sony also pulled a rabbit out of its proverbial hat during the CES pre-show. We’ve begged for a miniature version of a flagship that doesn’t take a major hit in quality or specs. The Xperia Z1 Compact is exactly that. Sony managed to shrink the package without cutting too many corners on specifications. It has a lower-res display and a smaller battery. But the rest of the internals are identical.

And Samsung made a show with its new tablet lineup – TabPROs and NotePROs. We got hands-on time with the Galaxy NotePRO 12.2, Galaxy TabPRO 12.2, Galaxy TabPRO 10.1, and Galaxy TabPRO 8.4. Admittedly, we’re confused by the new parallels between the TabPRO and NotePRO appearances. Both lines of tablets now include faux leather back panels with faux stitching, which we previously thought have been reserved for the premium Note series. But we’re happy to see the introduction of notably more high-end Samsung tablets with a brand new tablet UI, nonetheless.

Of course, Acer, ASUS, and a handful of other manufacturers also made the show with products of their own, some of which we didn’t have the time to cover, weren’t able to find, or made the executive decision not to cover. We’ll leave it up to you to decide which products fall into which category.

But the part of the show Michael and I were both seriously jazzed for – wearables – is where the show took a turn for the positive. In all the wrist-mounted trackers and smartwatches we saw, there was only one that truly stole our hearts, but that’s all it took. 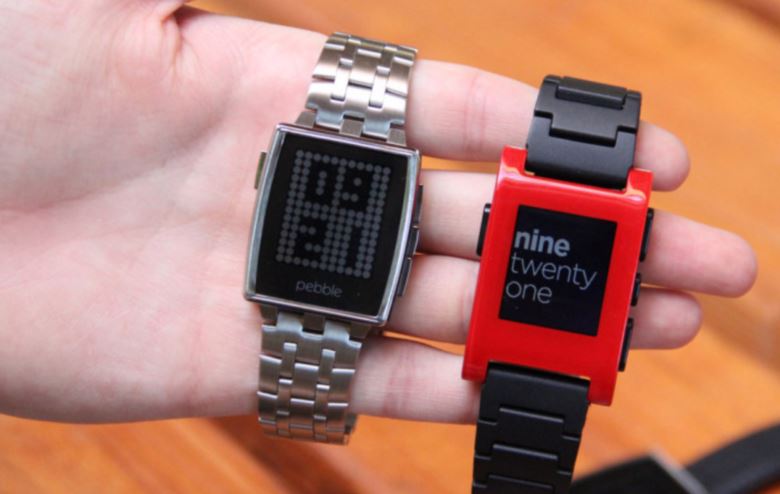 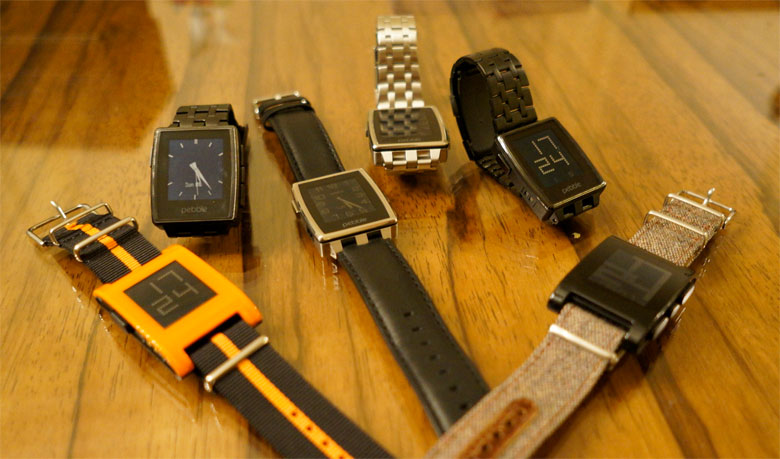 Pebble Steel stole the show, not because it’s such a massive update and not because it brings unforeseen functionality in the smartwatch territory, but because it eradicated the toy-like stigma, which never set well with the $150 price tag. Although Pebble Steel comes at a steep $250, it looks and feels worth it, for the first time.

Other wearables … well, we’d rather not talk about those. We made a specific journey onto the show floor to find new and up-and-coming wearables to check out. We found plenty. And we also decided not to stop walking and to keep looking for more, better things to cover.

LG did bring forth its Lifeband Touch, which I personally covered. But it felt mostly like a haphazard attempt to enter the fitness tracker market. The touchscreen was unresponsive, and aside from the Bluetooth headphones with a heart rate tracker inside, there wasn’t anything particularly impressive about it either.

The quality of wearables at CES shouldn’t dishearten fans of the technology, however. It’s still a very new market, and the sheer number of exhibitors with wearable devices on show should be enough to excite us for the year ahead and CES 2015. I’m positive the showing will be much more interesting next year, once the first-generation troubles and non-working mock devices are gone from our memories.

To be completely honest, though, my biggest disappointment of CES this year was not the devices, the lack thereof, or the poor showing from wearable manufacturers. It wasn’t the lack of press events, or the missing presence of HTC, BlackBerry, Microsoft, or Nokia. It was a single scheduling snafu that gave us only one day on the show floor. Tony arrived several days before CES began, I arrived on Sunday, two days before, and Michael, as most of you know, arrived late Monday. CES officially started on Tuesday morning, and we flew out at midday on Wednesday. That means we only got one day on the show floor, and really only got to see a fraction of what was going on at CES. There are three giant halls, some with two levels, and we skimmed through each as quickly as humanly possible.

As a result, we fell far short of our coverage goals. That said, staying later may not have paid off in the long run. By the time we all made the trek home, we were all fighting the godawful CES Flu, evidenced by the Weekly episode above.

In all, the show was a success. We may not have seen everything, and we may have been shorthanded and sick, but we got a handful of intriguing products out of it, three of which I want to try personally. For that I will not complain. It’s more than enough to carry us for another month until MWC. 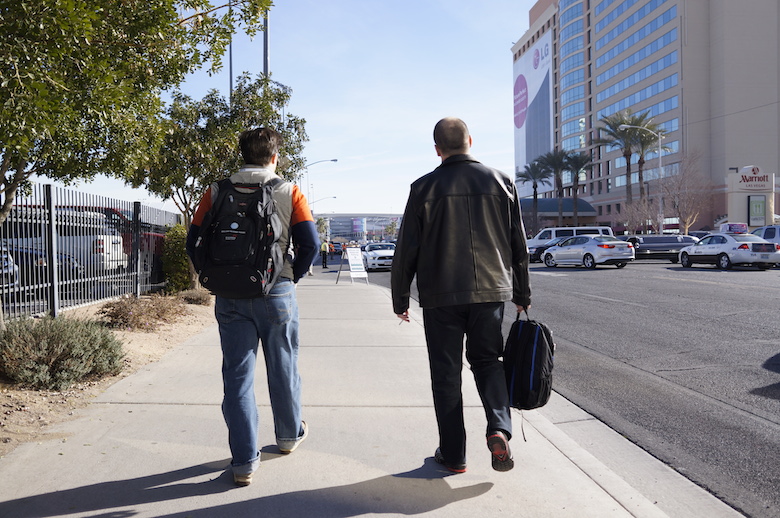 Plus, we had a heck of a lot of fun. I met Tony for the first time, got to wreak havoc on Las Vegas with my spiky-haired comrade, and … uhh, I got to see a Lamborghini Veneno Roadster from a few feet away. I call that a success.

In retrospect, what are your thoughts on CES 2014? Are you content? Was it disappointing? Or are you indifferent?

OnePlus is working on ensuring that the privacy concerns are addressed before re-enabling the sensor.

On today’s Pocketnow Daily, we talk about possible camera configuration in the iPhone 13, the color options for the Samsung Galaxy Note 20 series and more