Are you a contractor who measures phone life-expectancy in weeks? If you need a bulletproof handset (maybe literally) with extreme battery life, I think the CAT S41 is definitely worth considering. You might just want to wait for a sale.
Published 06 February 2018, 06:45 ESTUpdated 02 April 2021, 14:41 EDT

The CAT S41 is a rugged mid-range smartphone made by UK-based Bullit Group. It’s water, dust, shock, and weather resistant, rated IP68 (6.5ft/2m underwater for 60 mins) and Mil-Spec 810G (drops onto concrete from up to 6ft/1.8m) — that’s seriously tough. This handset is primarily made of plastic and rubber, so it’s pretty thick (12.9mm) and somewhat heavy (218g — about the same as an iPhone 8 Plus). For additional protection, the 5-inch 1080p IPS display is covered with a sheet of Gorilla Glass 5, and the ports (micro-USB, headphone jack, nano SIM, and microSD) are sealed from the elements with flaps. The Android navigation buttons are physical keys, and there’s a programmable button on the left edge.

Spec-wise, the S41 features Mediatek’s octa-core Helio P20 chip mated with 3GB of RAM and 32GB of built-in storage. It runs Android 7.0 (Nougat) with very few customizations, which is nice. Performance is decent, but battery life is impressive, thanks to a massive (non-removable) 5000mAh cell. This phone is able to charge other devices via a standard micro-USB OTG dongle (included) and there’s even a bundled app that lets you set a charging limit — clever. Radios include LTE (some models support dual SIMs), WiFi b/g/n (dual band), Bluetooth 4.1, A-GPS/Glonass, and NFC. Unfortunately, there’s no fingerprint reader, which is this handset’s biggest downfall.

The S41’s main shooter uses a 13MP sensor and f/2.2 lens with phase-detection AF and a single LED flash, while the selfie camera is 8MP. As expected, the resulting photos and videos are alright, but nothing to write home about. There’s no auto-HDR mode and video recording tops out at 1080p. On the audio front, the speaker is surprisingly loud and clear, and sound quality over headphones is better than average. 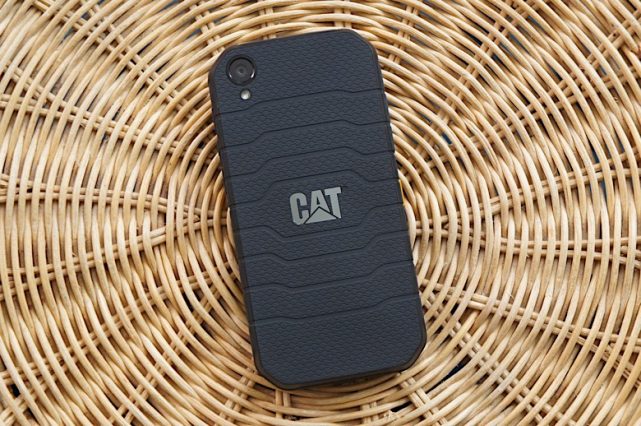 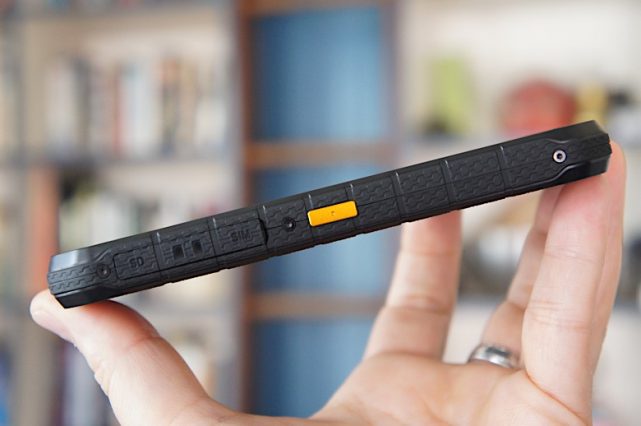 The S41 is a competent mid-range smartphone, hampered primarily by its lack of fingerprint reader. But other than being seriously rugged, it’s a completely forgettable handset, and $450 is expensive for such generic specs, even with the tough-as-nails exterior.

Are you a contractor who measures phone life-expectancy in weeks? If you need a bulletproof handset (maybe literally) with extreme battery life, I think the S41 is definitely worth considering. You might just want to wait for a sale.

Otherwise, I think you’d be better off buying a better mid-range phone like the excellent $200 Honor 7X (which is rated IP67) and put it in a rugged drop-resistant case.

HUAWEI has partnered with Moovit to help people move around at the nova series physical launch event in Vienna.