Carriers have too much power, and they’re compromising your phone as a result

Read up on some of the (many, many, many) ways carriers ruin smartphones, and why we’re so helpless to do anything about it.

Is there anyone out there who LIKES his or her mobile carrier? I mean not “Verizon has the best coverage compared to the other guys,” or “at least my T-Mobile plan isn’t putting me in the poorhouse;” I’m talking about people who are genuinely excited with their choice of carrier, can’t wait to get out on the road and put that service to the test each month, and find their bills clear and reasonably priced.

OK, maybe you do have a killer plan, managing to snag some obscene discount through work, or you’re grandfathered on some unlimited data plan that’s been locked-off from the rest of us for years, but those are the outliers: by and large, we see our relationship with a carrier as a necessary evil. The emphasis there is on the evil.

There are a lot of reasons for why that is – personally I blame the private nature of the industry, putting profits and growth above all else. There’s nothing inherently wrong with capitalism – it’s working fine for mobile electronics in general – but when you’re talking about building and maintaining a massive public network that’s relied upon by millions – well, the highway system is under the auspices of the government for a good reason.

In any case, it’s not the “why” I’m worried so much about today, but the end results. However they got it, the carriers in the US (and I’m sorry, international readers, but I’ve got to write what I know, and this piece is solely focused on the situation in the States) wield tremendous power, and have been using it to shape the smartphones we use… for the worse. Let’s take a look at just how they’ve been seeing fit to ruin our handsets. 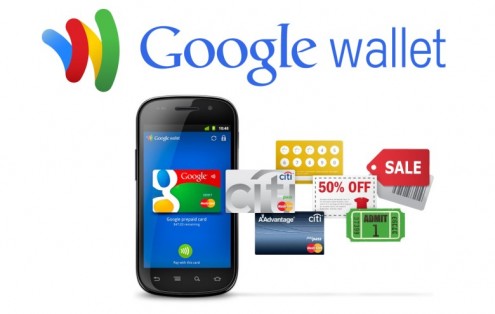 When we’re talking about carriers meddling with our smartphones, my thoughts go straight to Google Wallet. Sure, there are plenty of other examples, but this one stands out so clearly in my mind as contemptuous, bald-faced interference with something that could not be any less of a carrier’s business. Just as it’s no business of AT&T’s if I’m streaming “We Can’t Stop” or “Wrecking Ball” on YouTube (it’s gotta be Miley or nothing for me), it’s no business of Verizon’s how I’m making mobile payments with my phone.

Yet that hasn’t stopped the carriers from putting the kibosh on Wallet, drastically crippling its roll-out. I’ve seen Verizon especially try to spin its role in this travesty six ways from Sunday, but it’s patently indefensible. The only reason manufacturers cave to the whims of the carriers is because their cooperation is needed if the manufacturers hope to sell their phones in any significant quantity.

Perhaps my follow-up to the initial question up top should be “who actually LIKES carrier-added software?” Every company involved in the mobile game thinks that it has to leave its mark on a device. Sometimes, that’s just really offensive branding on the phone itself (hi, Verizon!), but all too often, that means a bunch of software you never asked for.

It’s generally pretty lousy, like half-assed little app stores or media catalogs, and no matter what they throw at you, there’s almost certainly a better solution available from some third party. Just putting this stuff there would be annoying enough, but as if to twist the knife a little more, reminding you of the grotesque amount of power it has, oftentimes a carrier will go out of its way to prevent you from clearing your phone of this junk.

On the subject of keeping you from doing what you’d like to with the phone you own, let’s talk bootloaders. Sure, the software your phone came with is probably fine, but what about all those hot custom ROMs your friends keep telling you about? If your carrier says the nay-no and orders the manufacturer to lock your phone’s bootloader, you’re out of luck until the dev community finds a way to hack around that restriction. 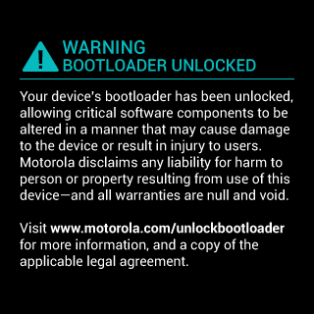 Why lock the bootloader? I really don’t buy any “could cause harm to our networks” arguments, and I think it really boils down to carriers not wanting to have users complaining to them when they screw up their phones. Does it make sense? Sure. Does that make it right? Hell no; no more than a dealership selling you a car with the hood welded shut.

What’s worse than reading about some new update that’s hitting international unlocked handsets, when you’re stuck in the US with last month’s firmware? Time after time, carriers delay the release of new code as they pore over and certify it.

And to what end? There’s no shortage of stories about updates that are subsequently halted after unexpected problems are found. Really, it’s about control for the sake of control.

Let me be real clear here: carriers have absolutely zero business approving any code that’s not part of the phone’s radio. EVEN then, I’m hesitant to cut them a blank check, as the responsibility to protect networks from rogue signals should fall upon the engineers designing that network, not on the devices that may access it – that is, the problem isn’t that bad code could make a phone wreak havoc on the network, but that the network itself isn’t able to route around such unwanted connections

Comcast doesn’t certify updates to your PC’s Ethernet drivers any more than AT&T should be getting a say in the smartphone update process.

Finally, I want to touch on a problem that exists to one extent or another in other locations around the world but is especially pronounced in the US: the problems caused by carriers using incompatible hardware standards for their networks. Buy your Galaxy S 4 from Sprint? Hope you like that carrier, because you ain’t taking it to AT&T any time soon.

The negative effects here are two-fold. On one hand, they help keep us locked-in to a carrier while we’re still using the phone, making switching to another network an even more expensive proposition than it might otherwise be. They also seriously hurt the resale value of our phones, and let’s face it, when we’re talking about $700 gadgets, it might be nice to see some of that coming back to us in a year or two. Locking a phone to one particular carrier means that it’s only going to be attractive to shoppers already interested in that network. In effect, you have to not just sell your phone, but sell the network, too.

I’m sure I could keep going at some length since I really, really, really lack respect for carriers and see them almost universally as major impediments to smartphone progress. Maybe I’ll return to the subject later, but let’s wrap things up for now. If you have any personal tales of ways that carriers have made your smartphone experience worse than it otherwise could be, chime-in in the comments and let us know. There’s a lot of hate to go around.