Google is not even trying to keep upcoming Pixel 4 features a secret. Crash detection and automatic recording transcriptions coming to the Pixel 4.
Published 02 October 2019, 16:00 EDT

Google is not even trying to keep upcoming Pixel 4 features a secret. According to a report from our friends at XDA Developers, the “Emergency Information” app on the Pixel 3 got an update, which turned the app into “Personal Safety” by changing its name. This is not just a cometic update, as the app will add car crash detection and emergency message sharing to Pixel smartphones.

Furthermore, the Google Recorder app from the Pixel 4 XL that recently got leaked (and is available to download via APKMirror) just received an update which allows the app to automatically transcribe audio recordings, which then can be searched for easy reference by users.

The app automatically transcribes audio recordings into text — though, according to XDA, it is not 100 percent accurate — and then lets you search for text strings within the transcription so you can easily find the information you are looking for. The APK also contains a demo mode with a video which will likely run on the device when it is on display to promote its features.

It is unknown whether this will be something specific to the Pixel 4, Pixel phones in general, or whether Google plans on making this available for the masses.

You can find more details at the source link below. 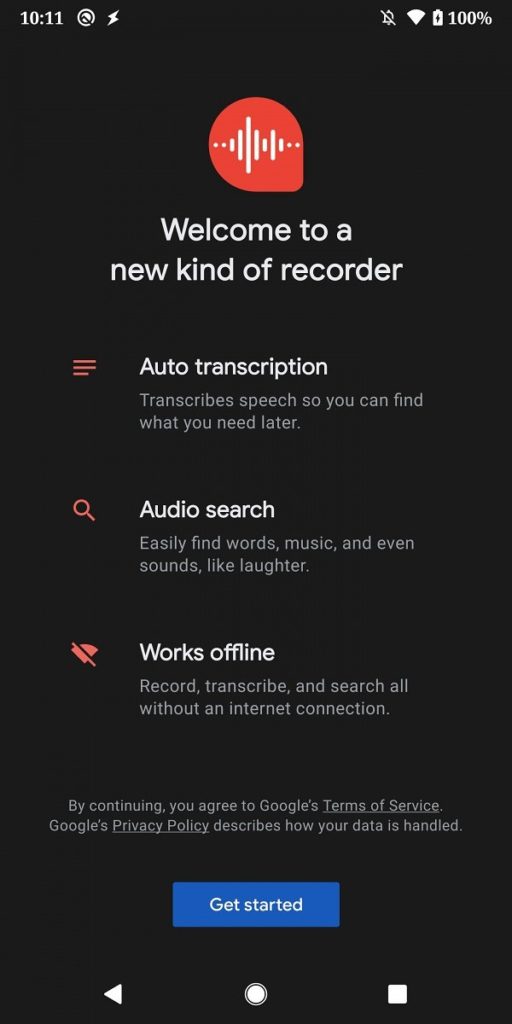 A new report claims that Samsung may be bringing more flagship features to its Galaxy-A lineup, which could help the company gain an even larger market share.