This version of the Galaxy S7 had benchmark results showing off the clock speed of the Exynos 8 Octa chipset.

If you like looking at core scores alongside some major specs, get ready to learn a lot more about the Samsung Galaxy S7. We did have some hints to what was going on with the Galaxy S7 and S7 edge in terms of size and components, but when it came to learning about the Exynos processor’s clock speed, we came up with tough cookies. 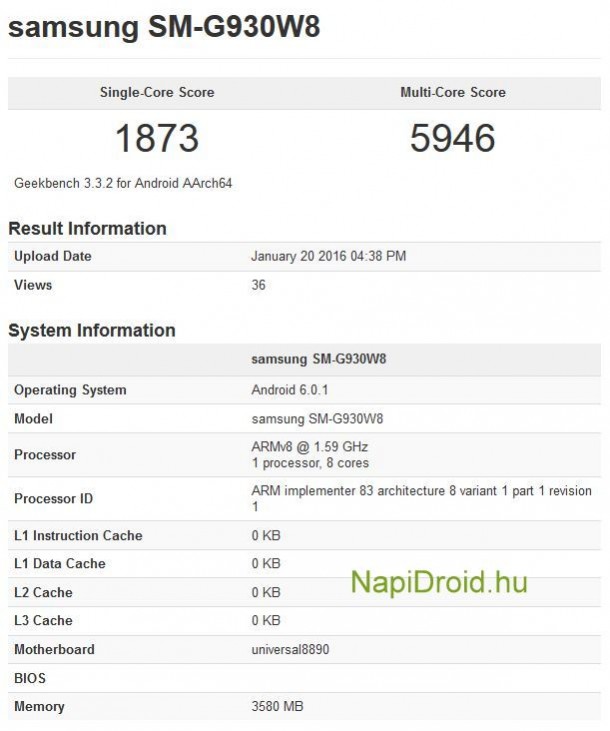 Not so this time. Geekbench results for the SM-G930W8 show off an octa-core processor with clock speed of 1.59GHz. We’re not sure if all eight cores go on that speed or if it’s an average read-out from the two clusters of cores in the Exynos 8890.

The “G930” part of the model name denotes the Galaxy S7 while the “W8” suffix signals that it is a Canadian model, so it seems like at least part of the Great White North will be taking up the in-house chipset.