There’s absolutely no chance Apple will be able to unveil the iPhone X’s sequel(s) later today at the WWDC 2018-opening keynote, and the iPhone SE 2 reportedly needs a little more time as well, while that “so-called budget 6.1-inch iPhone 2018” variant may end up only seeing daylight around November.

But that doesn’t mean we don’t already have a good idea of how all these next-gen handsets will probably look. The top-of-the-line 6.5-incher, for instance, basically enlarges the usable screen real estate of the original iPhone X, retaining every other main design element, at least according to freshly leaked renders.

These are purportedly based on factory CAD imagery, which means they should be around 99 percent accurate. That being said, you can never be 100 percent certain about the reliability of this type of leak, so you may still want to tread carefully.

If Steve H.’s inside information, exclusively shared with MySmartPrice, does pan out, the as-yet unnamed 2018 iPhone giant (iPhone X Plus?) is set to measure 157.5 x 77.4 x 7.7mm overall.

That would obviously make this 6.5-incher significantly taller and wider than the iPhone X, but amazingly, the “iPhablet” would also be ever so slightly shorter and narrower than the 5.5-inch iPhone 8 Plus. 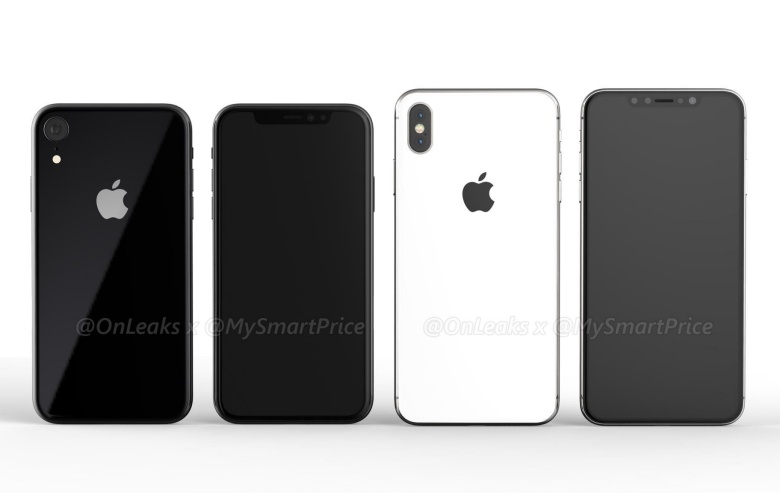 That’s some serious notch-enabled bezel-killing magic, with a sharp OLED screen no doubt in tow, alongside Face ID functionality, dual rear-facing cameras with LED flash, the same old ports and buttons in the same old positions, and a glass-and-metal (mostly glass) “sandwich” construction.

The update is rolling out in waves.