Read why Android 4.4 has the potential to be so big at the lower end, and bring forth a wave of great, yet budget KitKat phones.
Published 05 November 2013, 10:23 EST

I can’t quite say when it started, but for the past couple years or so, I’ve been hearing the same sentiment repeated over and over: developing markets are key to where smartphones are going next. Budget devices are where the money’s at. The next smartphone giant will be the one to dominate low-to-mid-end sales.

As often as the idea’s come up, it doesn’t really feel like anyone’s truly taken advantage of it. Sure, we’ve been seeing more and more devices from a number of manufacturers that attempt to tackle these markets, but no one OEM has really emerged as the king of the budget space; in many ways, it feels like business as usual.

Throughout all of this, it’s not like there’s been a shortage of affordable smartphones, but the options just haven’t been much to write home about. By and large, we’ve been looking at some really sub-par Android models, either from less than desirable manufacturers, or simply with shockingly underpowered specs. The problem is, these are the phones the budget market got simply because no one else wanted them. What we’ve needed, in order to really turn this market into a gold mine, have been phones that are both affordable AND desirable.

This year, I think there’s really been progress towards this goal, even if we aren’t quite there yet. There were all those rumors about Apple delivering a really affordable iPhone option, and while we got the 5C, that handset was ultimately less about Apple getting into developing markets, and more about just making some higher margins on sales that would have otherwise gone to last year’s iPhone 5. 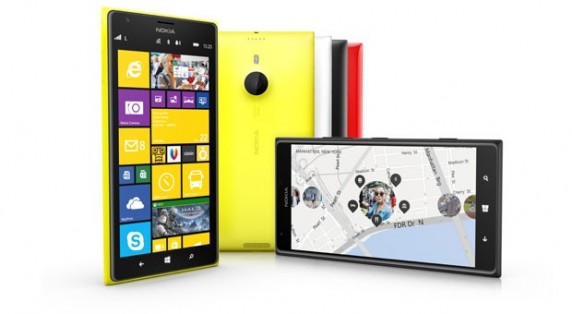 Instead, the most promising action has been over on Windows Phone, where Nokia’s been doing its best to hit all the price points it can, including the lower-end. That’s led to models like the Lumia 520, a phone that’s capable, eminently affordable, and running the latest software. As a result, it quickly became the best-selling WP8 phone around.

Everything else left to its own devices, and I think that Windows Phone really could grow to fulfill the needs of developing markets, but I’m not so sure that’s going to happen. Instead, we saw the launch of Android 4.4 last week, and got confirmation of enhancements specifically designed to improve the user experience on lower-end hardware.

Now, there’s no telling if a manufacturer will successfully take advantage of those tweaks, and deliver a KitKat-running Android that puts all other budget-focused smartphones to shame, but there’s a heck of a lot of potential here. 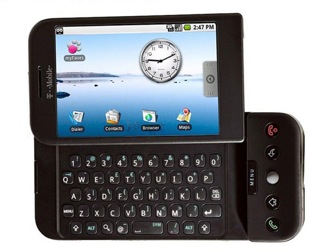 As you’ve probably heard, Android 4.4 is designed to give a quality user experience even on handsets that have just 512MB of RAM. I wouldn’t be surprised if you found one with even less after looking hard enough (or digging all the way back to the G1), but 512MB is already pretty much scraping the bottom of the barrel with how little RAM an Android can get away with. As a result, there’s a lot of potential waiting to be tapped into.

Google just didn’t flip some switch and say “OK, now we’ll stop wasting so much RAM;” the improvements in KitKat are numerous and system-wide, including smarter process management, tunable out-of-memory settings, and optimizations to simply demand less RAM to get the same job done. There’s even a new API that helps apps detect memory shortages and alter their behavior accordingly.

Our first experiences with Android 4.4 have been on high-memory Nexus devices, so we really haven’t seen just how far this system can be pushed, but the potential is enormous: what if Google’s able to deliver an Android build that – much like Microsoft’s been able to accomplish with Windows Phone – still feels perfectly usable on low-end hardware?

Sure, we’re not expecting some performance miracle here, but if Google can deliver a UI that minimizes lag, that doesn’t noticeably stutter on less powerful devices, and multitasks without choking, it could find itself set up to really conquer the budget market.

After all, that’s just what a budget-priced smartphone needs to do. We’re not expecting it to run the latest 3D games with silky smooth frame rates; we just want the general day-to-day user experience to not suck. This is why I’m so optimistic about these Android 4.4 changes, since the things they tackle sound exactly like the sort of hang-ups that would otherwise make using a low-RAM Android a real pain.

None of this is hurt by the fact that even on the low end, hardware’s getting better and better, and a 512MB device in early 2014 is going to be a heck of a lot better equipped than one that arrived just a year ago, this KitKat business notwithstanding.

Truth be told, there’s still a lot of work to be done to develop a great budget phone. Even with the hardware and software worked out, you still need to get the handset out there for sale at a low enough price, and make it available alongside a wireless service option that’s similarly affordable. Android 4.4 makes things easier, but an OEM still needs to plan accordingly, and act intentionally. I don’t know if any are fully up to that task, but if what I’ve been hearing about Samsung and its own ambitions for low-to-mid-range sales is accurate, it could definitely be one of the top players to watch.

Should Microsoft be worried? I’d be. If we saw an Android handset that performed like the 520, was priced as affordably, and was readily available, I’m not sure we’d have had quite the impressive Nokia growth as transpired. Make no mistake: these developing markets have the potential to be huge, and Android 4.4 just gave the platform a very valuable tool for conquering it.