Have you ever broken a phone? (Poll)

Have you ever broken a phone? Several of us here at Pocketnow have, and some of us have not. Take part in our poll and tell us if you have, too!
Published 17 February 2014, 18:16 EST

Being that smartphones very rarely leave our sides, even the most ruggedized ones can incur a small amount of damage over time.

Sometimes, that damage can be much, much worse.

While contact with the elements – especially water – can be fatal to your handset, every smartphone still has an Achilles’ heel: glass. Whether you paid $30 for a Lumia 520 on sale to upwards of $1,000 for your smartphone, no phone is entirely shatter-proof. I’ve seen Mil-Spec phones get shattered, as well as a Nexus 4 drop a few inches onto a tabletop to spider webbing on the back glass.

That hasn’t stopped some glass manufacturers from trying to improve the situation, though. Last month, I wrote a piece detailing the future of smartphone screens, sapphire vs Gorilla Glass. 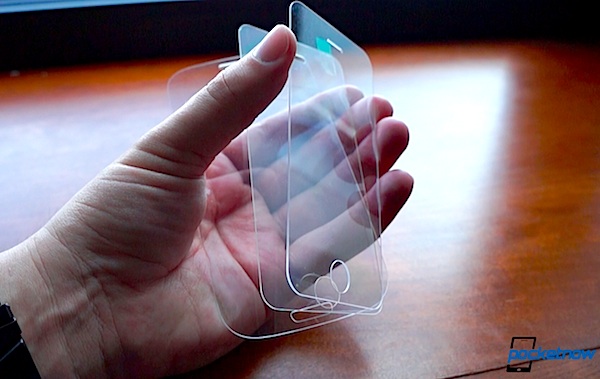 Sapphire, now that the price per screen is inching downward, is becoming a viable option for consumers, since it answers the one problem still present with Gorilla Glass 3. Scratches. Gorilla Glass, though it’s less susceptible to shattering, isn’t perfect. And it can be scratched by any material stronger than its outer coating. Sapphire, on the other hand, can only be scratches by another piece of sapphire or diamond, since it’s the second-hardest material on Earth.

Sapphire’s defining hardness, however, also makes it brittle. This means, while it’s incredibly difficult to scratch a sapphire screen, it’s notably easier to shatter than Gorilla Glass, since Gorilla Glass has a distinct flexibility.

For the record, Corning and an engineer from Alfred University disagree on which is more resistant to shattering. But that isn’t the point. We’re not here to debate something we won’t really know the answer to until we get some real world testing.

My point stems from the comments and my own statement, which I made towards the end of that editorial:

“I have a clean track record of never having shattered a display.”

In the last durability report with the Moto X, I explained that, unlike Brandon Miniman, I neither baby my smartphones or toss them around carelessly. I simply use them and try to do as little damage as possible to any given phone, without going out of my way to protect it from every bump or scratch.

I don’t typically use cases on my phones, and I can’t remember the last time I used a screen protector of any sort. Yet, in the triple-digit number of phones and tablets I’ve ever owned, I’ve never damaged one beyond repair.

I’ve accidentally soaked one in water, dropped some from various heights, and I even slammed my current iPhone 5 in my car door just three weeks after I bought it. I’ve launched an iPhone across an asphalt parking lot after swinging my hand to catch it. (I actually just batted it away.) And I dropped my Curve 8330 from shoulder-height; the phone’s entire chassis was noticeably crooked after that. I also tossed my Galaxy Note II over 12 feet in the air while walking my dog. I had the leash wrapped around my wrist and was holding the phone in the leash-hand when he took off after a squirrel. My grip failed and the Note II went flying, only to land on asphalt … inexplicably unscathed.

I understand each and every incident to date has been complete and total luck.

However, I have intentionally snapped a flip phone in half, and I’ve come far closer to destroying a phone beyond repair by tinkering with software I don’t understand – but never through physical damage.

When I was working in retail, my customers never seemed to be so lucky. The problem I had to help customers with most, by far, was a shattered screen. In fact, it was more common for customers to come in and file a protection plan claim than not.

It seems like I see someone nearly every day using an iPhone or some other smartphone with a busted display. And several times per year, I have friends on Facebook asking me if I have any phones for sale, because they’ve “broken” their phone in some awful, cringe-inducing way. 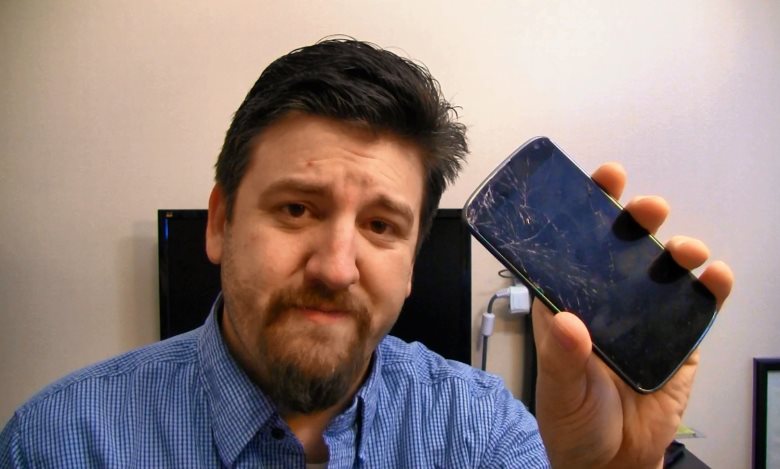 And how can we forget Joe “Butterfingers” Levi and his poor Nexus 4? Or Michael Fisher and his water-proof Z1S that committed suicide?

So here’s the question folks: have you ever destroyed a phone? Have you ever shattered your phone’s glass or sent it swimming? Take part in our poll below to let us know!

Oh, and if you’re the (weirdo) type who gets your jollies off phone abuse, check out Michael’s cringe-worthy video with the self-healing LG G Flex, which he so innocently disguises as a “self-healing test.”