This is our BlueParrot Reveal review. We took a look at this earpiece and put it through its paces. Does the Reveal live up to the price?
Published 28 January 2016, 18:30 EST

Bluetooth earpieces get a bad rap these days. But the fact of the matter is that they are very neat and very useful things to have – under a certain set of circumstances. Of course, those circumstances require a few key points that a headset must hit in order for it to be a success. The VXi BlueParrot Reveal headset meets many of those key points. 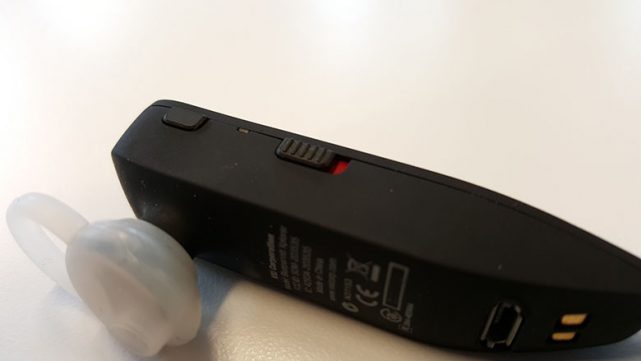 In general, a Bluetooth earpiece needs to have a few things going for it. It must be comfortable to wear, it must have a place to go when you’re not wearing it, and the controls should be easily discernable by touch. It must also work seamlessly with your phone in a way you don’t really have to think about.

The Reveal is not the smallest earpiece in the world, but it doesn’t really shout Borg implant either. The face of the earpiece has a long, extendable silver boom mic with “VXi” branding at the rear. Everything else is flat black. One side has a volume rocker and the other has a power switch and Multifunction button.

From a functionality standpoint, it’s all there. The volume rocker is easy to distinguish by feel from the buttons on the other side, which is good. But there are buttons on the other side which is not so good. Because as you push the volume buttons, you have to be very careful not to also be pushing the action button, lest you hang up on the person you are trying to hear. Don’t mistake – there is room to press the volume key, but not the Multifunction button, so that last statement is more an observation on earpiece design in general. Be careful, and you’ll be fine.

The Multifunction button is a nice feature though. Activating Google Voice search with the earpiece is nice. The interaction between Google Voice and the earpiece are quite nice as well. You can ask, “When is the next Blackhawks Game” and it tells you they are playing the Avalanche on Tuesday at 8pm. You can ask to text your wife, and it reads the message back before sending. All while the phone rests in your pocket. Sure, this is as much a function of Google Now as it is the Reveal, but the functionality itself is what makes an earpiece like this so attractive. 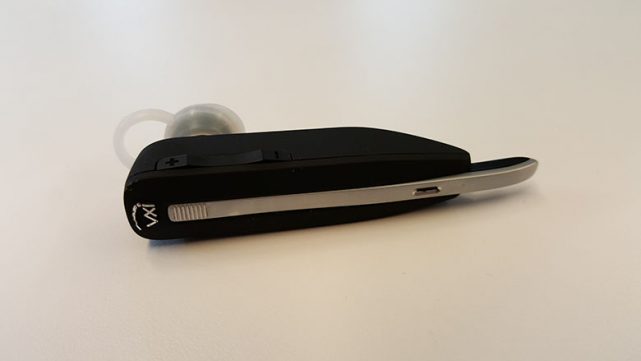 The volume of the Reveal is loud, and goes up to very loud. You will probably never need to have this puppy at full volume, so no worries there. The earpiece also has built in noise reduction, so making a phone call with the car window open at 40mph, sounds on the other end like you’re walking through a parking lot. You also can hear your party despite the background noise, so that’s a very nice feature to have.

The earpiece is also comfortable to wear. We wore ours for several days at work, while commuting, and at home and never felt uncomfortable, even after hours of wear. The Reveal is also remarkably secure in the ear. Even running, jumping, and shaking our head did not dislodge the earpiece despite our best efforts. That being said, it didn’t feel like it was all that secure, so there was a certain amount of trust that it would stay in. We’re going to call this a good thing, because feeling like it was secure may have made the earpiece uncomfortable to wear. Trusting that it wouldn’t fall out is a preferable because of the added comfort. It also should be mentioned that the Reveal comes with optional ear hooks as well, so if you get too nervous, have at it.

The Reveal comes with a carrying case that slips easily into a pocket which allows you to do what society dictates you must when it comes to using an earpiece – put it away when you’re not using it nor imminently expecting a phone call. As far as we’ve come in the world at adopting technology in every facet of our lives, this is one aspect which still carries with it some amount of scorn from friends and colleagues. People keep looking at it, like it doesn’t belong hanging off your face, so put it away folks. Or be “that guy”. Your call.

But one of the focuses of VXi’s business is earpieces and headsets in the office and on the road. In that context, the Reveal makes perfect sense, even if the 7 hours of talk time is a bit on the lean side. Some other bonus features you get with this earpiece include NFC pairing, music streaming, and multiple-device pairing – pair two phones at once. 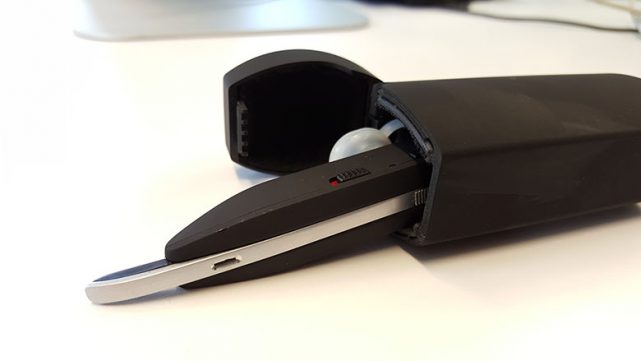 Overall, the Reveal is a solid Bluetooth earpiece that is light and comfortable and easy to use. The design is well laid out and the audio is crisp and clear. There’s not much more you can ask for in a Bluetooth earpiece. It’s available via VXi’s website for $100.  That might honestly be a little steep for a Bluetooth earpiece, but there are a lot of bells and whistles that help justify the cost. Then you just have to decide if you want to be “that” guy.

It delivers on the promises and does the job with consistency and an extremely long battery life. This is our HUAWEI Watch GT 2e review.