The Caseco Blu-toque review: more than just a clever name?

If you live in the northern hemisphere, it’s still pretty cold in March, unless you live in Chicago where the weather is crazy as a gerbil on a mocha latte. Still, we’re not putting the winter gear away just yet as Mother Winter can easily come back for an encore or three. And if she does, we’ll be ready to keep warm and keep up with our favorite podcast, the Pocketnow Weekly, just as we have been for the past three weeks. The Blu-toque by Caseco has been keeping our head warm through the harshest Chicago temperatures of late. The Blu-toque is a cleverly named winter accessory which brings warmth and Bluetooth connectivity to your outdoor fun. 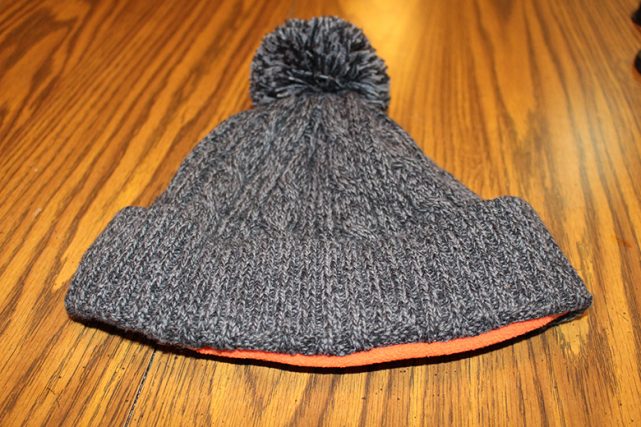 Let’s be clear about one thing – this is not a fashion website. As such, we’re not particularly qualified to comment on the stitching, material, or overall look of the Classic Blu-toque with Pom. Do people still wear beanies with poms at the top? We really have no idea. We wore one for several weeks, so maybe the answer is yes. All we know is it looks like a normal winter hat. Plus it is warm. During testing, the temperature in Chicago dropped as low as to 20 degrees Fahrenheit on several occasions. This hat kept our head warm, with no issues. And if that’s all this hat had to offer, this would be a really boring review. So wait, there’s more.

The Blu-toque comes by its name honestly, because this hat also boasts connectivity to your smartphone in the form of its Bluetooth speakers attached to the inside of the hat. These Bluetooth speakers have controls on the left side and a wire that runs between it and a speaker on the other side. The controls are accessed through a faux leather cover that also holds the branding and control labels.

The controls have a bit of a learning curve. It took us a trip to the user’s manual to figure out that a single press on the plus or minus advanced the track while a press/hold adjusted the volume. The power control and pause button behaved as expected with clear audio instruction letting you know that the power has been turned on/off and the hat has been connected. Speaking of connections, the hat establishes connections quickly with your phone – we tested both iOS and Android.

Volume on the headset is adequately loud to hear phone conversations, music, and spoken podcasts – even for our damaged ears (from a misspent youth). The sound quality is more treble, and not-so-much-bass – Meghan Trainor would be very disappointed – so if you’re looking for some deep booms, look elsewhere. Call quality is clear and once a Bluetooth connection is established, it’s a solid connection with very few breaks or disruptions. On the other end, callers reported that our voice was clear. 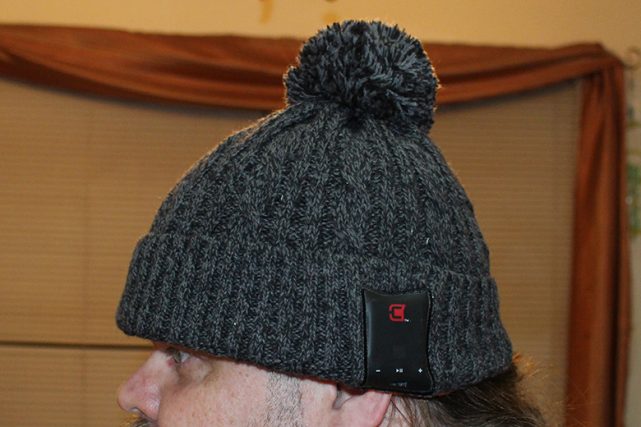 Everything a hat should be

The battery life on the Blu-toque is listed at six hours, which is easy to believe. We went several days of normal usage in between charges. When the power gets low, a persistent beep lets you know it’s time for some juice. Also, the Bluetooth speakers are removable, so when it’s time to wash the head sweat out of the hat, it is machine washable.

One problem with the Blu-toque is the wire that connects the two speakers in the hat. If one is not careful, that wire tends to creep out of the fold in the hat so it’s exposed. This isn’t necessarily a problem except for a lack of aesthetics. It just seems that a couple of Velcro loops might have solved this particular problem, but they were left out. It’s not the worst thing in the world, but it detracts from the experience.

Overall, the battery is long-lasting, the audio quality is fine, and the hat is physically warm; it meets all the criteria of a Bluetooth-enabled hat. So, here’s the question that’s at the very heart of the matter – who is this hat for?

Who is the Blu-toque for?

Right off the bat, the Blu-toque solves a very real problem – Bluetooth audio versus warmth. Some hats don’t sit well with headphones – especially beanies with poms on top – and not everyone is a fan of earbuds. This hat solves that problem. By having the audio embedded directly in the hat, you can have your cake and eat it too. Be warm; listen to podcasts. Easy answer. But then, the real question is – what happens when you go inside?

And this is where the concept of the Blu-toque starts to get rather shaky. The Blu-toque is great as long as you’re listening to audio and need to stay warm. But when the need to stay warm is gone, what then? The speakers won’t work very well outside of the hat, and they’re not loud enough to set the hat on a table and continue to play. So if you’re riding in a train or you’ve arrived at work and the hat has to come off, so too must the headphones. This basically creates another problem – you need a second set of headphones if the audio is to continue. 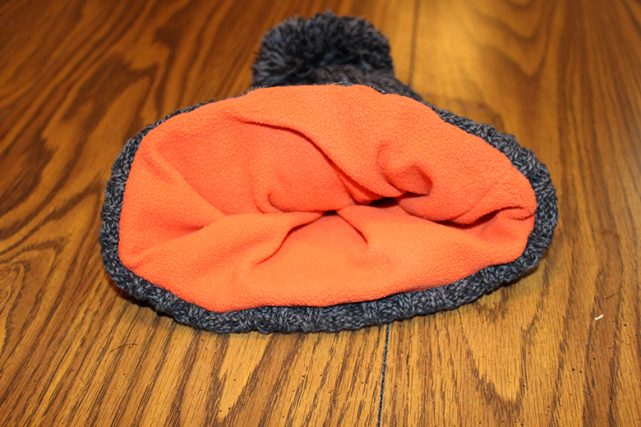 If you are the outdoorsy sort and find yourself outside more often than inside, this is going to be a great hat for you. If you find yourself only listening to audio while you’re outside, like shoveling the driveway three times during a Chicago snowstorm, this is a great hat for you. But if you’re a commuter, who is only going to wear this hat while you go to and from work, and you’d like to continue listening to audio while you’re at home or at work, then you’re going to run into this problem. Perhaps, you could just leave the hat on in the train.

Caseco is solving a real problem here, but in this case doing so only creates a new problem to be dealt with later. There is a minor flaw in the design of the hat that could be corrected with just a little bit of extra fabric or Velcro, so overall we can only rate this hat a good buy if you fall into a couple of niche categories. At just under $50 from Caseco’s website, it’s not the most expensive Bluetooth headset you’ll buy, but it might cost a little more than you’re willing to spend to fit a very specific use case.