Get the 2:1 BLU Pure View with dual front cameras at a $70 introductory markdown

Listed on Amazon since January, the 5.7-inch BLU Pure View is only today formally unveiled and commercially released, fetching $130 instead of its $200 MSRP for a limited time.
Published 31 May 2018, 07:06 EDT

The self-proclaimed “market leader in unlocked devices in the United States” has recently managed to make all its privacy troubles go away, also debuting in the stagnant smartwatch market with an unbelievably affordable X Link.

Unsurprisingly, BLU Products is today going back to doing what it does best, launching an almost absurdly cheap unlocked smartphone with a few modern features in tow, as well as plenty of outdated stuff.

The 5.7-inch BLU Pure View actually showed up on Amazon first way back in January, but sales seem to only be starting now. Technically listed at a $199.99 MSRP, the trendy 2:1 handset can be purchased for $70 less for a limited time as part of an “introductory offer.”

At $129.99, it’s pretty hard to argue with this thing’s value proposition, even though you’re provided ancient Android 7.0 Nougat software out the box, and it’s probably a good idea to think twice before installing any update BLU may someday send your way. 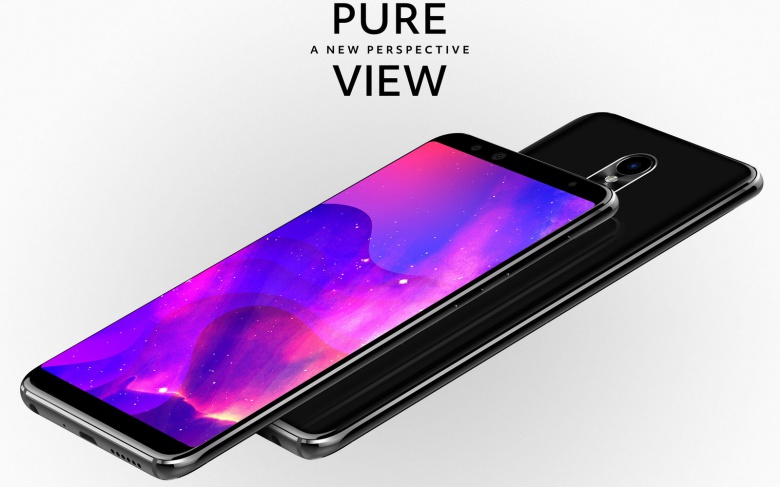 The HD+ resolution (1440 x 720 pixels) of the extra-wide display and the octa-core MediaTek 6753 processor are nothing to write home about either, but the Pure View does come with dual front-facing cameras, and as BLU so eloquently puts it, “two is better than one.”

The goal of the primary 8MP f/2.2 selfie shooter and secondary 8MP wide-angle lens is to “fit everything into one shot”, while the single 13MP rear cam only boasts real-time HDR and Phase Detection Autofocus with Laser Focus tricks.

By no means an eyesore, the BLU Pure View combines curved glass with an “electrolyzed mirror finish” on its rear metal housing, also packing a decent 3GB RAM, 32GB expandable internal storage, and 3000mAh battery. And yes, you get both fingerprint and facial unlocking capabilities too. Not bad for 130 bucks, perhaps not great for $200.