Our BlackBerry Z10 review is months old at this point, but before we give it the After The Buzz treatment, we want to hear from the early adopters!

Yesterday, I made the unconventional decision to compensate for a sedentary workweek by walking nine miles from my home northwest of Boston to Newton, Massachusetts. The resulting hunger, thirst, and mild exhaustion drove me into a delicatessen upon my return to civilization – but before I could walk in the door, something caught my eye: a black van, with the legend “Z10” painted in blue on the back door and the admonition “keep moving” spelled out in smaller letters on the sides.

Now, not even moderate dehydration keeps me from satisfying my curiosity when it comes to street-level marketing efforts, which are at best fun and at worst hilarious. That explains why I own a Palm-branded T-shirt from 2010, why I wrote about Samsung’s Galaxy Note advertising in 2012, and why, though desperately hungry, I stopped at the BlackBerry van outside Zaftig’s Delicatessen to see what the company was peddling on the sidewalks of Brookline.

Turns out it wasn’t much more than a public-awareness campaign: just a handful of BlackBerry Z10 demo units, along with a friendly and informative rep to show them off. There was no Q10 in sight (a condition that persists in Pocketnow’s review labs, I feel compelled to point out). Incidentally, there also wasn’t much in the way of customer interest when I stopped by.

Anyway, the rolling of this BlackBerry van into my life got me thinking about the world’s leading contender for the fourth platform. I recently popped my personal SIM back into our BlackBerry Z10 review unit, and my return to the world of Active Frames, the BlackBerry Hub, and ported Android apps got me thinking about you early adopters: those of you who jumped on BlackBerry’s latest device right at or shortly after the Z10’s release. Before we give the Z10 the After The Buzz treatment, then, we want to ask you: how’s the new BlackBerry been treating you?

But. You’re not getting off that easy, and neither am I; after all, a 300-word series of non sequiturs does not an editorial make. So, I’m gonna prime your brain a bit. I’m gonna tell you the most compelling parts of the Z10’s story so far, from my own early-adopter perspective. 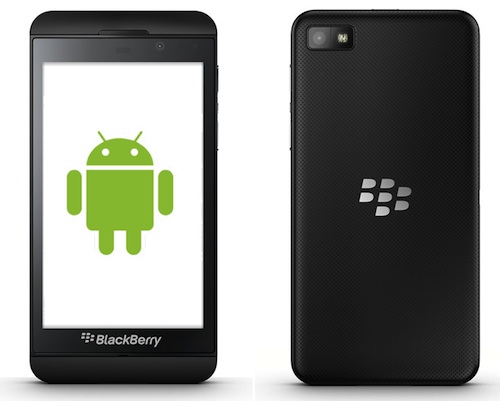 The app situation on the Z10 -and the BlackBerry 10 platform as a whole- is striking: over 100,000 apps in a half-year is quite an accomplishment. This staggering growth wouldn’t have been possible, though, without the company embracing unconventional thinking; namely, reliance on Android apps via BlackBerry Runtime. There are disadvantages to this approach, of course: it ruins the cohesive look of the BB10 UI and performance of some titles is inconsistent. But the tradeoff is worth it. In exchange for the shortcomings, the BlackBerry 10 platform has enjoyed added cachet through increased app count and increased developer and customer interest due to the ability to sideload. In itself, the simple fact that BlackBerry was bold enough to embrace the concept of running Android apps on its platform is worthy of respect. And, for better or worse, it’s added much to the early-adopter experience. Especially if you can manage to sideload Instagram. 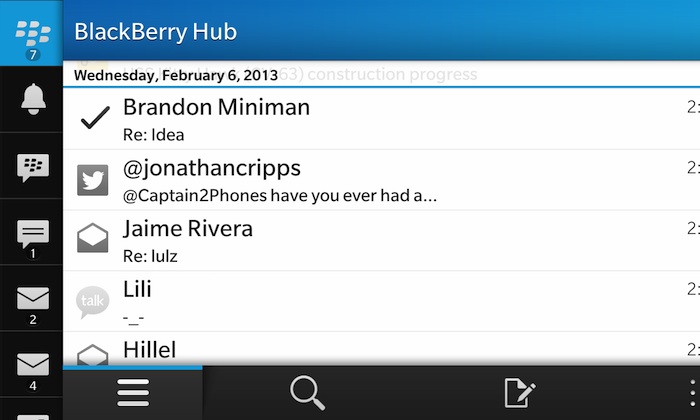 Whenever I return to my Z10, I’m re-captivated by the concept of BlackBerry Hub. The integrated inbox is sometimes less convenient than Android’s notification shade, but it’s always the number-one feature I miss when returning to a Google-powered device. Something about the Hub’s blending of yesterday’s BlackBerry Inbox, with all the memories of messaging competence that brings, with modern flairs like the “Peek” functionality, makes checking my notifications on the Z10 a much more pleasant experience than on other devices. It’s not without its flaws; some actions, like selecting multiple messages, are cumbersome, and I still can’t find an option to a Mark All As Read, but it’s still my favorite part about using the Z10 as my personal device. 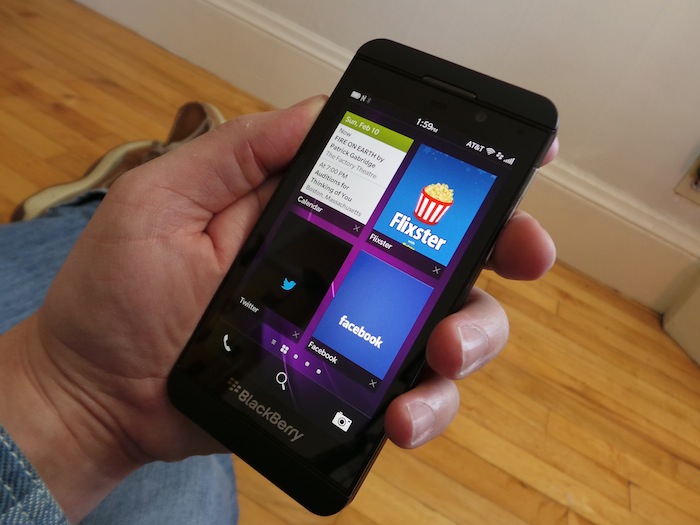 Sit down at any social gathering in middle-class America and set your Z10 down on the table in front of you. The reactions are guaranteed to run the gamut from intrigue to mockery, but there won’t be as much apathy as there would with an iPhone, “Droid,” or “Galaxy.” That’s because the name “BlackBerry” carries a certain notoriety; prominently stamped on the face of the Z10, the brand evokes memories of the glory days of RIM, when the company’s products were at the forefront of the smartphone revolution … but it also prompts more modern observations like “I didn’t know they were still in business.” In brief, the Z10 is a curiosity, and attention-getter. And regardless of your personal feelings about the relevance of the smartphone as a status symbol, in the eyes of many it’s a Big Effing Deal.

But I’ve been through a strange and inconsistent ringer with the Z10; my time with the BlackBerry has been interrupted more often than Taylor Martin interrupts my segues on the Pocketnow Weekly podcast. So I -no, we, the Pocketnow team and Pocketnow audience- need your help. Z10 early adopters, I call on you to sound off in the comments below. Let us know the high and low points of your time with the new BlackBerry. Tell us whether you’re still soldiering on with the Z10 or have jumped ship to greener pastures. And, heck, let’s not confine this to the Z10: if you picked up the QWERTY-packing Q10, let us know how that’s been serving you, too. We welcome your BlackBerry 10 story, keyboard or no.

OnePlus is reportedly looking to revive the OnePlus X line, and will use the rumoured OnePlus 8 Lite to accomplish that goal by launching it as OnePlus Z.
YouTube 1.8M
Facebook 572K
Twitter 196K
Instagram 134K
RSS