Get an up-close look at BlackBerry Venice pics in this newly leaked gallery, showing off both phone hardware and software.

BlackBerry’s first foray into the world of Android-driven smartphones has leaked six ways from Sunday by now, giving us no shortage of previews of this slider codenamed Venice. Earlier this week we got a brief look at one of the phone’s most recent appearances, and now Venice is back with a nice selection of new imagery, including a rare shot of the phone’s rear.

As you can just barely make out in the text surrounding the lens (below), that’s an 18MP camera on there, a significant bump up from the 13MP Passport. Beyond this up-close look at the phone’s hardware, we also get to see some of the work BlackBerry’s been doing to add its own spin to the familiar Android interface, with quick access to communication shortcuts, as well as additions to the swipe-up Google Now menu. And while it’s not pictured here, the phone’s boot sequence is supposed to feature an Android armed with a shield, emphasizing the handset’s security features.

Things are looking pretty polished, but this leak doesn’t bring with it any new info about possible launch and release plans. As far as anyone seems to know, last month’s rumor about a November release is still sounding like our best bet. With any luck, more specific launch info should be turning up soon. 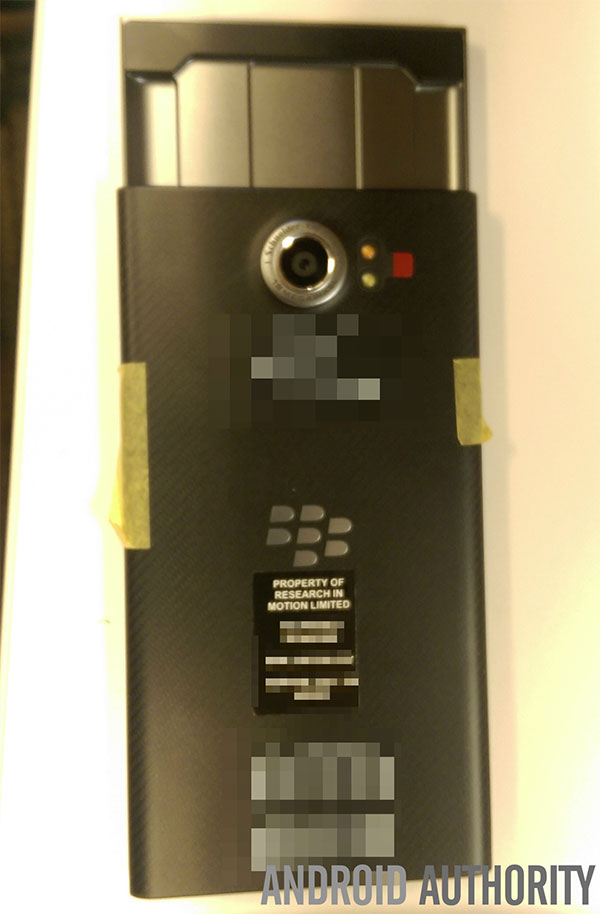