Looking to the past won’t save BlackBerry

It’s a phone that recalls the very best of RIM’s glory days, and one I might buy myself – but the BlackBerry Q20 banks on nostalgia that no longer exists.

Last week, BlackBerry broke into the fast-and-furious MWC news cycle with a few announcements of its own: not only would the company be keeping the door open for another tablet in the coming years, but it would also be releasing new smartphone hardware in the form of the Z3 and Q20. The former device was less than interesting, destined as it was for Indonesia, but the Q20 seemed like a BlackBerry fan’s NSFW fantasy. As Stephen Schenck described in a follow-up piece:

“The Q20 will be the company’s latest model to feature a hardware keyboard, and notably, it has the largest display of any such BB10 device to date; while the Q10 and Q5 had 3.1-inch screens, the Q20′s grows to 3.5 inches. It also revisits some of BlackBerry’s roots, bringing back the menu, back, send, and end buttons along with a trackpad …”

In short, the Q20 seems like everything a BlackBerry fan could ask for in 2010.

The problem, of course, is that it’s 2014 – and no one, save a few die-hards, is asking for a classic BlackBerry anymore. But that’s apparently not stopping the company from building one. 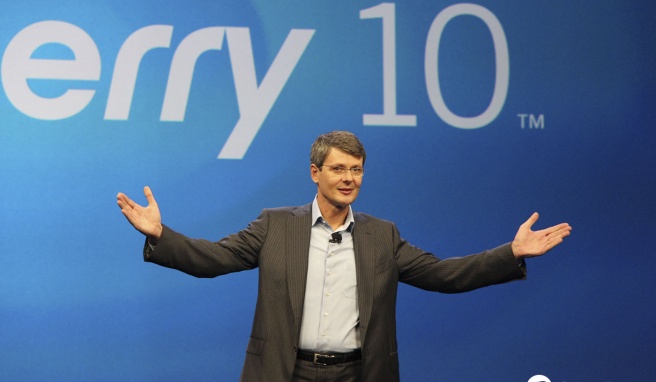 This is frustrating, because it undoes much of the progress made by the company’s new platform. When I attended the BlackBerry 10 unveiling in Toronto, the energy around me was palpable. Much of that was Canadian nationalism, but it was an earned pride: BlackBerry 10 promised to do what generations of iterations hadn’t. Its modernized UI was incredibly refreshing; its multitasking approach was familiar, but it worked well; and underlying it all were the best parts of the “old” BlackBerry: the messaging hub, enterprise support, and best-in-class keyboards that had catapulted the company to the top over the past decade.

It was this combination of features, plus the promise of gap-filling Android apps, that put BlackBerry firmly in the running for the then-contested “third platform” spot. It would have been a stretch, but as I noted in my full review of the platform, BlackBerry victory over Windows Phone wasn’t a total impossibility.

Of course, what ended up happening was … not that. Unit sales failed to impress, the company nearly imploded and tried selling itself, only to return a few months later with another promise (there’s that word again) of new devices and a bright future – promises which didn’t stop some carriers from halting retail sales of BB10 devices. Meanwhile Microsoft slowly but surely gained ground to establish a firm, if not fantastic, hold as the third-place alternative to Android and iOS. 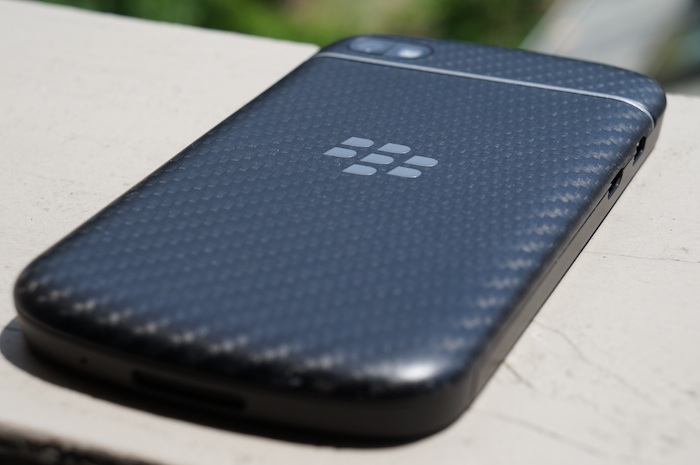 In my view, the reasons for BlackBerry 10’s failure to thrive all come down to a harsh but inescapable failing: there’s no longer a compelling reason to recommend a BlackBerry over one of its more-established competitors. That’s a realization I came to as recently as this weekend, while test-driving a new version of BB10 on the Q10.

To be sure, the BlackBerry platform has much to offer the mobile geek and the interface nerd. I genuinely loved much of the time spent with the device. Five years after the debut of the webOS platform that inspired it, BB10’s gesture-driven interface still feels futuristic and effortless; the Hub is still the best way I’ve ever seen to manage notifications; and the keyboard shortcuts paired with the satisfying tactility of the keys delivers an experience unlike anything else. In these respects, the Q10 is possibly the best fusion of old and new in the mobile world.

But the ecosystem challenges that plagued BlackBerry 10 at launch continue to haunt the company, and this tired old handicap represents the biggest obstacle to the brand’s adoption. Major apps written specifically for the platform are (still) few and far between. Placeholder titles written by BlackBerry like Twitter and Facebook are (still) molasses-slow and lacking all but the most basic functionality. Core-level applications like Maps are (still) almost comically devoid of features. And while the new BB OS 10.2.1 -awaiting carrier approval on many US operators- finally offers expanded support for more advanced Android titles, that’s little more than a Band-Aid. Convincing geeks to sideload some APKs onto their devices is no sweat -and Adam Zeis over at CrackBerry has some great tips if you’re one of those folks- but the vast majority of the world’s phone buyers have no interest in such adventures.

But rather than devote more resources to fixing these longstanding shortcomings, BlackBerry has instead decided to focus on designing a throwback smartphone. A sequel that seems all but guaranteed to sacrifice the natural flow of its predecessor’s UX in order to include … more buttons. Because apparently all this chat about “ecosystems” and “robust core features” is total bunk: what people really want are their menu/back/send/end keys.

BlackBerry isn’t alone in this focus problem. We’ve seen similar moves by Microsoft with Windows Phone: the company has made WP8 users wait over a year for base-level functionality like a notification center while its partners have added frivolous features like app folders and allowed carriers to overstep their bounds by meddling with hardware features. But Microsoft has the time and money to burn in its quest to push its platform -BlackBerry doesn’t. 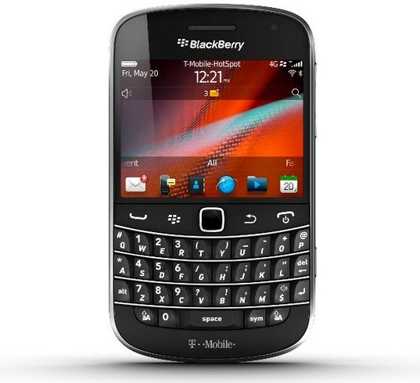 As a nostalgia buff, I understand the spirit behind the Q20. Had the company released this device three or even two years ago, I’d be singing another tune. And to be fair, this is but one portion of a multi-prong strategy. But the Q20 banks on nostalgia that no longer exists – at least, not in great enough quantity to justify the distraction it represents to the company (and the dilution of the Q line, which has potential despite its low sales). At best, it’s a vanity project that will earn the company some wistful reviews and reinforce the devotion of its already-passionate user base. At worst, it’s a resource-hogging distraction and an unfortunate sign that, in some ways, BlackBerry’s new leadership still doesn’t get it.

Itching for more on BlackBerry? Check out our full review of the Q10 and our love/hate video reviewing the Z30, then read an alternate perspective on the place a trackpad might rightfully have on the Q10. Finally, stay tuned later in the week for another editorial on how the world’s third- and fourth-largest platforms compare!

Even though Apple may want to delay the launch of the iPhone 12, its suppliers, including the TSMC seem to be ready to start mass production of its components
YouTube 1.8M
Facebook 572K
Twitter 196K
Instagram 134K
RSS