With the release of some official BlackBerry Priv renders, this smartphone may as well be as good as launched.

Late last week, BlackBerry didn’t launch its Android-running Priv smartphone, but it may as well have. First the company formally spelled out its intentions for the Priv – confirming the handset’s name – in its latest quarterly financial report. Then we even got to see CEO John Chen give a hands-on demo of a working Priv model. For a smartphone that had yet to make its official debut, BlackBerry sure was being pretty cavalier about showing the Priv off. As we wait to get full details on the phone, BlackBerry’s continuing that streak with the release of a few Priv renders.

Up top we’ve got the best shot from this new group, highlighting the Priv’s slide-out QWERTY keyboard. Armed with an array of capacitive sensors, the phone lets users slide their fingers over the keys as a sort of trackpad, allowing for device control while keeping the screen unobscured and smudge-free.

Below, that’s joined by a couple side-views of the Priv, emphasizing how relatively thin the phone should be, despite its comparatively complicated construction. Just make sure you’re not too rough on the handset, as that curved glass display is really out there, almost asking to take a scratch.

All neat to see, but what about a real launch? BlackBerry promises “more images, videos and details about PRIV’s specs” soon, not to mention details on when and how the phone can be purchased, but for now these new renders are all we’ve got. 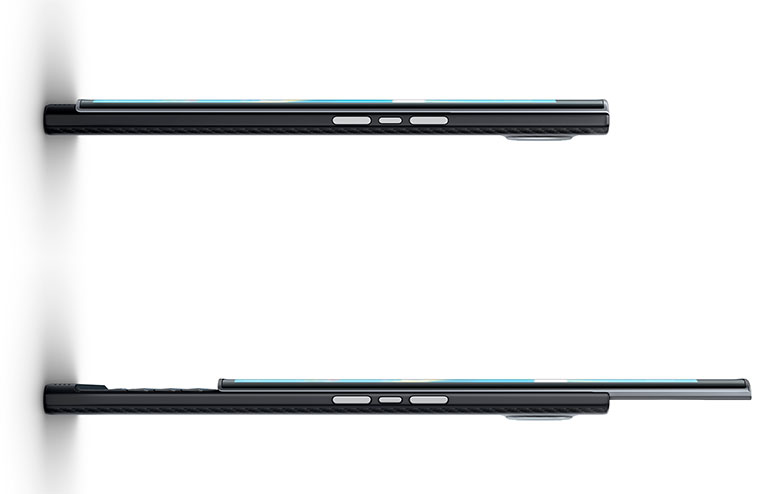