Michael Fisher just moved in to his BlackBerry Priv review device, and the honeymoon phase has him wondering if he’ll ever move on.
Published 10 November 2015, 17:41 ESTUpdated 12 November 2015, 15:09 EST

As I write this, I have known the BlackBerry Priv for three hours. It’s sitting beside me, plugged into the wall, only about halfway through downloading the mess of apps I asked it to sync when I typed in my Google account info. My hands-on time with the phone amounts to a total of perhaps four minutes, one of which was spent positioning the phone for a mildly amusing tweet that more people than usual seemed to like.

All this is to say: this is not a BlackBerry Priv review. This isn’t even a hands-on. This is more like the editorial equivalent of an unboxing video, a setup for the coming review period and an opportunity to relay some early first impressions.

It’s also my chance to gush. Because as listeners of the Pocketnow Weekly podcast will already know, I’m pretty stoked about this phone. 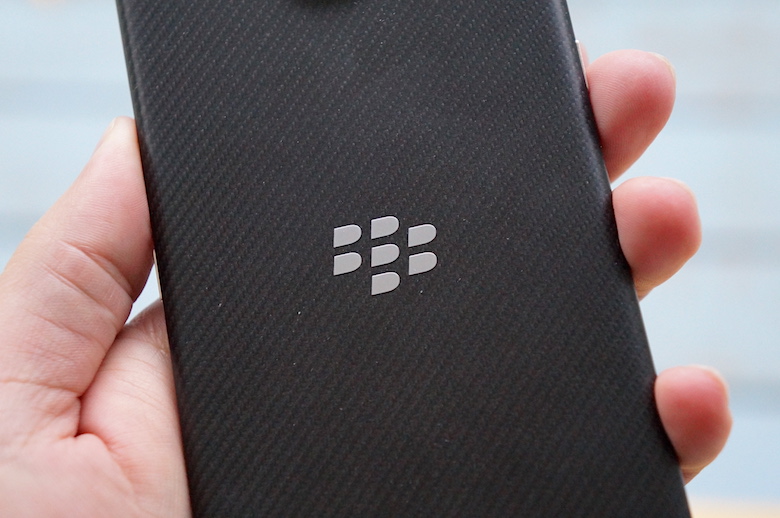 Reviewing smartphones is a ridiculously fun job, but taking the wraps off Android phone after Android phone gets tiresome in the way that the same delicious lasagne every night gets tiresome: no matter how much you like lasagne, sooner or later the routine starts to wear on you. You get tired of seeing variations on the same static slabs, differentiated only by their material choices and slight deviations in industrial design. You start wanting something new. (In retrospect this reads like a slightly-modified version of the opening spiel a sex therapist might use, but I’m leaving it in because it’s true.)

The BlackBerry Priv is the ultimate manifestation of “something new.” Pulling it out of the box, the first thing you notice is its grippy, almost tacky battery cover, a glass-weave material treated with a coating that almost sticks to your fingers. Not gonna lie: it’s a little icky, and if I hadn’t seen the box seals myself I’d think maybe I got a hand-me-down review device from someone with an affinity for finger foods and an aversion to wetnaps. But it’s meant to be this way, and it’s easy to see why: despite being huge, the BlackBerry Priv feels damn near impossible to drop.

The second thing you notice is that if you apply some pressure to the curved display with your thumb, the phone splits in half. That is, the screen slides up and a physical keyboard pops out. The keyboard itself is crazy enough (see below) but it’s the slider that’s actually the more compelling attraction to me. It’s been so long since I’ve handled a mainstream smartphone with moving parts that I spent probably a full minute just working the phone’s slider back and forth. The tired old objection from  practical people still remains, of course –the more moving parts, the more likely something is to break– and it’s a valid point. But I grew up with handhelds that flipped, spun and slid and I miss all of that. I’m glad to have it back. 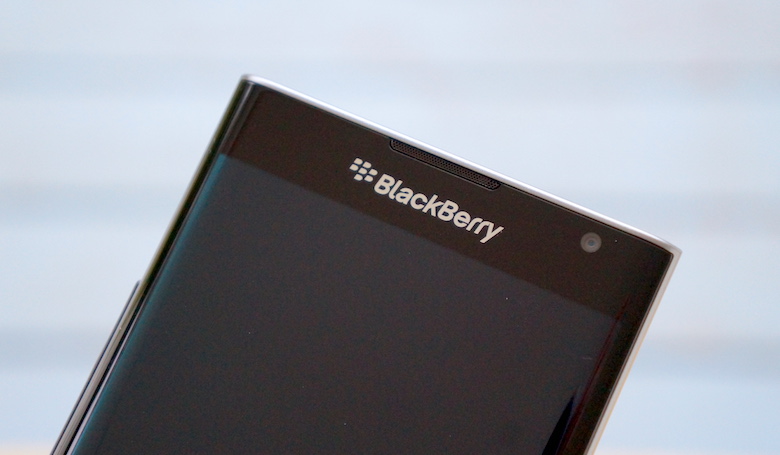 Were there an award for Most Nostalgic Tech Blogger, I’d take it home before anyone else knew what was happening. I spend an unhealthy amount of my time thinking about the past, and that extends to my techno-life as well (which is probably why we do so many Pocketnow Throwback videos in the off-season). My first smartphone, which I bought in 2005, was a BlackBerry, and my desire to revisit those days probably plays a big part in my willingness to cover every BlackBerry ever.

The Priv is better though, because like the best-ever episode of Star Trek: The Next Generation, it offers the best of both worlds. With older devices running BlackBerry’s BB10 operating system, trips down memory lane were costly in that they required me to forfeit nearly all the benefits of the Google ecosystem I’d grown accustomed to. As you probably already know, the Priv runs Android, so I don’t need to screw around with any sideloading. I can just fire up the trusty old Play Store and load it up with my Instagrams and Snapchats and Ingress and all the other crutches I’m using to make me feel like I’m 22 again, then pop out my keyboard and be on my merry way. Speaking of … 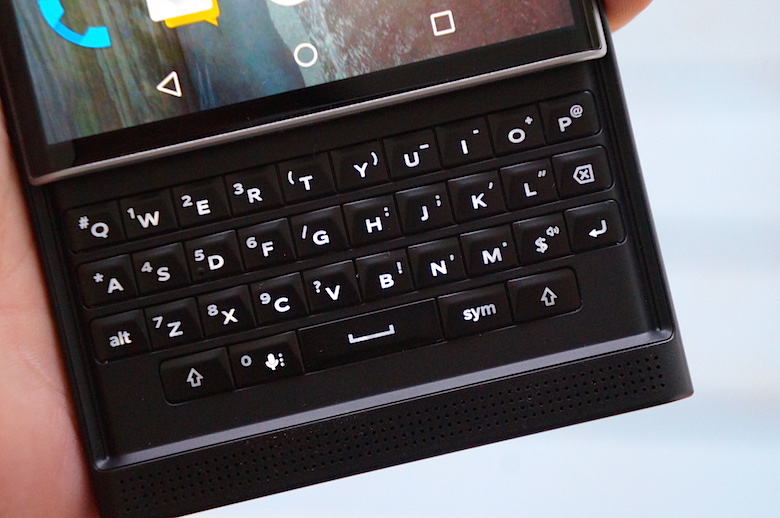 One of the first editorials I ever wrote for Pocketnow was a 2012 piece asking whether physical keyboards were dead. (You can tell it’s old by all the broken image links. Isn’t the internet fun?) The answer turned out to be yes: today, physical keyboards are a holdover from a bygone era, at best an accessibility enhancement for those with specialized physical needs, at worst a crutch for those unwilling to change. And even at this early stage, I see what some of my colleagues at other publications were talking about in their criticisms: button-wise, this isn’t BlackBerry’s finest effort.

But the honeymoon phase is a magical thing, folks. Being new to the Priv lets me look past my initial disappointment at the thumbboard’s lack of depth and key travel to see the up sides, and they’re more compelling than just a re-hash of my earlier nostalgia (though thumb typing on a physical keyboard is indeed a wistful experience). As it did on last year’s Passport, BlackBerry has modernized the Priv’s keyboard, upgrading it from a dumb array of plastic buttons to a full-width capacitive trackpad. That means I can swipe across my homescreens without even touching the display, or scroll a webpage in Chrome without my thumb getting in the way of what I’m reading. Even better than the trackpad, for a former webOS devotee like me, is the universal search function: I can just start typing from the Android home screen to initiate a device-wide search for an app, contact or document – or I can upgrade it to a Google search with a single added keystroke.

But don’t break out the trophies yet 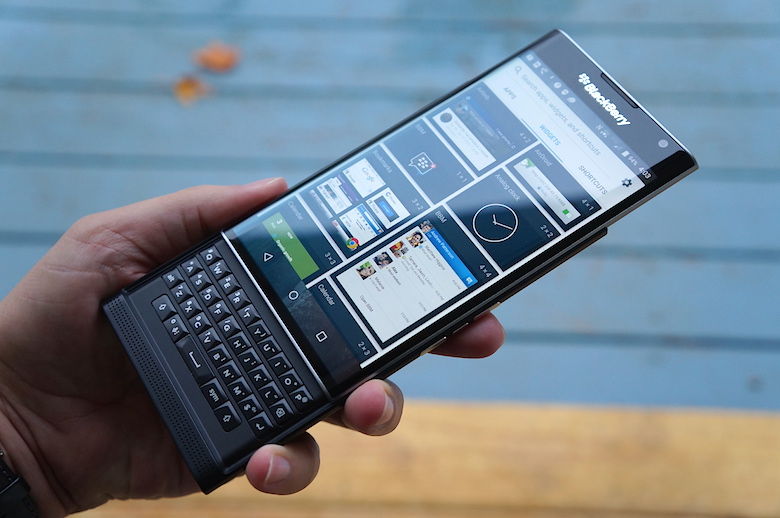 If this all sounds a bit like a commercial for the BlackBerry Priv, that’s no surprise. Any gadget geek knows the thrill of unboxing a new device, especially one as significant as the first-ever BlackBerry running a non-BlackBerry operating system. It messes with the mind.

But if you’ve been reading my reviews for long enough, you know I’ve already started a list of things I’m concerned about: things like the flexible back cover that sounds hollow when tapped with a fingernail, or the fact that the Priv ships with Android Lollipop instead of the faster, smarter Marshmallow, or the rather high price BlackBerry is asking for the handset that will make or break its hardware division. So rest assured, Pocketnow’s BlackBerry Priv review will highlight the device’s foul-ups right alongside its standouts – and we’ll no doubt touch on some of those in the next installment of this series as well (assuming enough people read this one to justify a sequel).

For now, though, I’m going to enjoy the strangely exciting sensation of moving into a device that’s looking to the future by begging for the past. Hello again, BlackBerry.

Wondering how the story went after a few days? Check out our BlackBerry Priv second impressions pass to witness the comedown!

Motorola recently launched the Moto Edge S in China, which is the…

If it were up to me to choose only one, I’d pick the Galaxy S21 Ultra over the iPhone 12 Pro Max. Read to find out why!