Known as the Ghost in the leaks, the BlackBerry Evolve and the Evolve X became official in India. Read to find out the specs, pricing and availability.

After being rumored for quite some time, the BlackBerry Ghost if finally official. Launched in India by licensee Optiemus Infracom, the BlackBerry Evolve and BlackBerry Evolve X bring several new features to the table. An 18:9 display aspect ratio, 4,000mAh battery (as predicted) with Quick Charge 3.0 technology, wireless charging support, and face unlock are the main selling points.

The two phones are pretty much identical, with the BlackBerry Evolve and Evolve X sharing almost everything. Gone is the physical keyboard from the KEY2, and instead there’s a full 5.99-inch display with 18:9 aspect ratio, 2160×1080 resolution, and Gorilla Glass 5 protection (which is the previous generation). The Evolve is powered by the Qualcomm Snapdragon 450 SoC with 4GB RAM, while the Evolve X runs on Snapdragon 660 aided by 6GB of RAM.

64GB of storage is present on both devices, a 16MP webcam, 4,000mAh battery, wireless charging, fingerprint scanner (on the back), and Android 8.1 Oreo-based DTEK by BlackBerry powering everything. 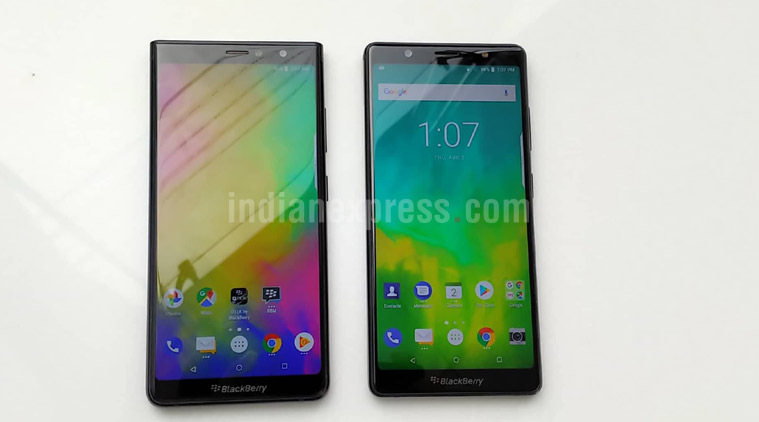