Check out the new BlackBerry Classic, the latest BB10 model that isn’t afraid to take some serious inspiration from older handsets.

It has been entirely too long since we’ve talked BlackBerry with you. There’s a good reason for that, as the platform’s downward slide has continued unabated throughout 2014, with the latest global figures showing BlackBerry sales dipping to below one percent of the total market. But the company isn’t giving up without a fight, and today we once again turn our attention to Waterloo as BlackBerry formally launches its latest smartphone, the BlackBerry Classic.

If the look of the BlackBerry Classic seems familiar, that’s because it’s doing its best Bold 9900 impersonation; BlackBerry borrowed elements of the 9900’s design language (while scaling things up) for this new BB10 model. The Classic has a 3.5-inch 720 x 720 display and runs an old Snapdragon S4 Plus SoC. It’s got 2GB of RAM, 16GB internal storage, and supports microSD expansion. There’s an 8MP main camera, 2MP front-facer, and a 2515mAh battery that BlackBerry says should give the Classic about 22 hours of life, considering average use. And, of course, there’s that iconic hardware keyboard, with an optical trackpad living right above it.

The Classic arrives running BB10 OS 10.3.1, and while that means compatibility with lots of great native software, don’t forget that the platform also supports Android titles; to help users get those on their phones, the Classic comes loaded with the Amazon Appstore.

The unlocked, GSM edition of the BlackBerry Classic is available for order now, shipping by the end of the year. The handset will run you just about $450 off-contract. AT&T has indicated that it also intends to sell the Classic, but on-contract pricing and a release date for the carrier have yet to be revealed. 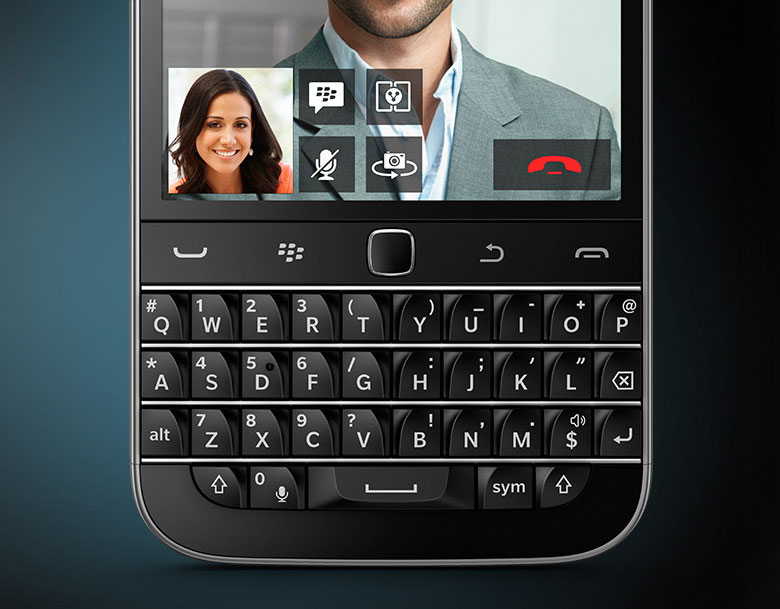