Blackberry vs. Blackphone: which would you buy? (Poll)

2015 is an interesting time in the high-security niche of mobile technology. Blackberry’s making a migration of sorts to Android with not only its services but a device in the works, too. In the meantime, privacy services provider Silent Circle is cranking gears for the second version of its forked Android phone, the Blackphone. The companies pushing out the two platforms and the fanbases following them have shared molotov cocktails with each other on frequent occasion.

Our Joe Levi has previously dissected the basic differences between what Blackphone and Blackberry each do to protect data your device of choice interacts with. Blackberry OS is a closed-source platform. Blackphone’s PrivatOS (rebooted as Silent OS), being based on Android, is essentially open-source software. Another grossly simple comparison: Silent OS encrypts communication from end to end while Blackberry has previously drawn center attention to on-device data security. Both Blackphone and Blackberry, though. are built on very capable infrastructures that protect privacy to some extent.

To what extent? If you are involved in business and enterprise interactions, Blackberry Enterprise Services is a natural extension. With the announcement of BES12 on Android, Blackberry has taken their second strengths in serving up a productivity suite, interconnecting other workspace clients and securing all of them down for the end user while still keeping ease-of-use. 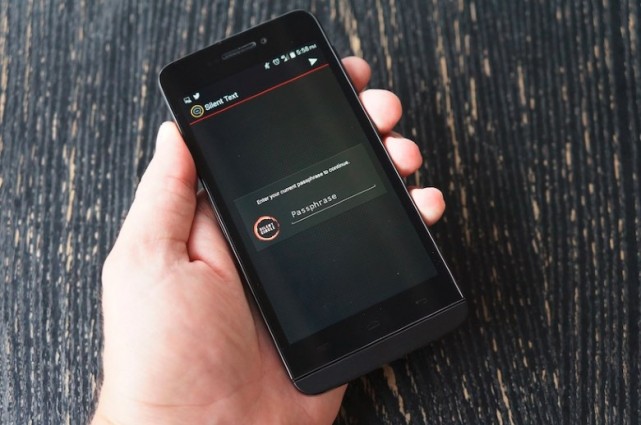 At this point, we’re looking at two smartphones continuing their crusades for rather lucrative, secretive niches coming soon. Blackberry and Silent Circle know how to make a device for a power user — given the need that privacy and security go hand-in-hand with speed and versatility — so, we’re in for a wild ride this season. All they need to do is to execute.

So, which one would you buy? The Blackberry Venice or the Blackphone 2? Leave a vote in the poll below and comment if you like.