Yesterday we learned that RIM’s first BlackBerry 10 L-series phone might make its retail debut as the BlackBerry Z10. Today we get to see what may just be the first confirmation of that rumor, as well as get a look at some N-series hardware in the flesh.

Carphone Warehouse appears to have already added the Z10 to its inventory system, as revealed through a leaked photo. The system has entries for both the white and black versions of the Z10, but we’re a little suspicious of the timing. After all, might the company have heard about the same leak we did and could be basing these entries off the same information? That’s not to say that we doubt the info on the Z10, considering the source, but it’s something worth keeping in mind.

The N-series may end up arriving as the BlackBerry X10, but for now we’re sticking with its old name. Much more so than the Z10, it’s been camera shy, and our best looks at it so far have been through renders or just of individual components. Sadly, we still don’t have a good front-on pic, but this rear view of a RIM phone is supposedly the N-series handset itself. With a little luck, we’ll get to see the front side soon. 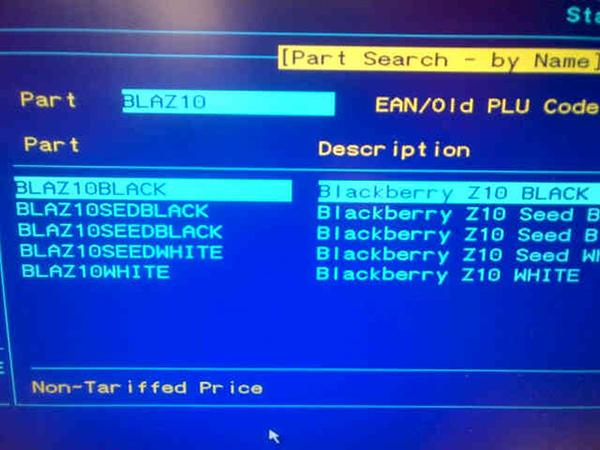