Eager to save money but wary of buying too close to the mainstream? Check out our contrarian’s guide to the best Black Friday smartphone deals of 2013!
Published 28 November 2013, 09:00 EST

So you’ve decided to spring for a special gift this holiday season – either for a romantic partner, a family member, or yourself (you heel). Shunning more mainstream ideas like a quadrocopter or that perennial snooze-fest, the necktie, you’ve opted to give the gift of communication this year. You’re buying a smartphone, despite how many hassles you’re bound to run into when altering a wireless contract that’s not in your name, and dealing with sales reps who may or may not be lying to your face. You’re in for quite a trip.

But that’s not the end of your challenges. Because you, hypothetical buyer, are also buying for the person who wants something unique. You know the type: Seattle’s Best instead of Starbucks, Linux instead of Windows, Futurama instead of Family Guy. Your lucky giftee doesn’t need something culled from yet another “best smartphone you can buy” list (though we do have one of those handy). He or she wants to stand out. To challenge convention. To escape a grayscale destiny of being the billionth person to sport a Galaxy S 4 or an iPhone 5S … and maybe get some added functionality in the process.

Here then, worthy gift-giver, is your buying guide (or at least something to read while you slowly freeze to death in the line outside the Best Buy). Below, you’ll find four examples -one from each major US platform- of a lesser-known or prematurely retired device that still brings something important to the table. Let’s dive in. 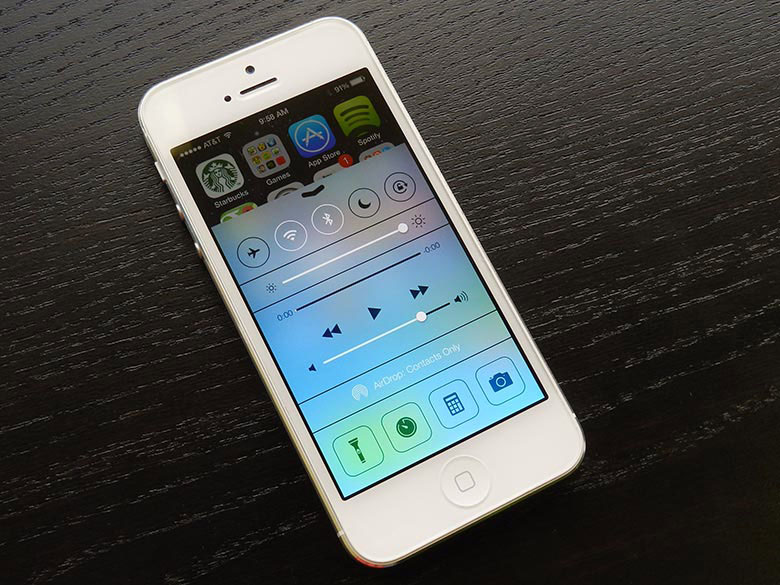 The iPhone 5 instantly impressed us when we reviewed it last September, our own Brandon Miniman saying there’s “no reason you shouldn’t want one.” In the intervening year, the lightweight looker from Cupertino has aged quite well – but that didn’t stop Apple from replacing it with the glossier, plastickier iPhone 5C a few months back. While we like the 5C just fine, it’s tough to escape the fact that it’s essentially an iPhone 5 in a different casing … a design change that doesn’t resonate with everyone. So if the 5C’s Wal Mart pricing of basically free doesn’t go far enough toward overcoming your objection to polycarbonate, there’s little reason you shouldn’t try to snap up an iPhone 5 while retailers are trying to clear stock (assuming any are left).

Wally World already offers last year’s iPhone at a pretty wicked price on a contract, but if you’re not conveniently close to one -or you’d just prefer to shop local this holiday season- third-party wireless dealers might have some stock left. 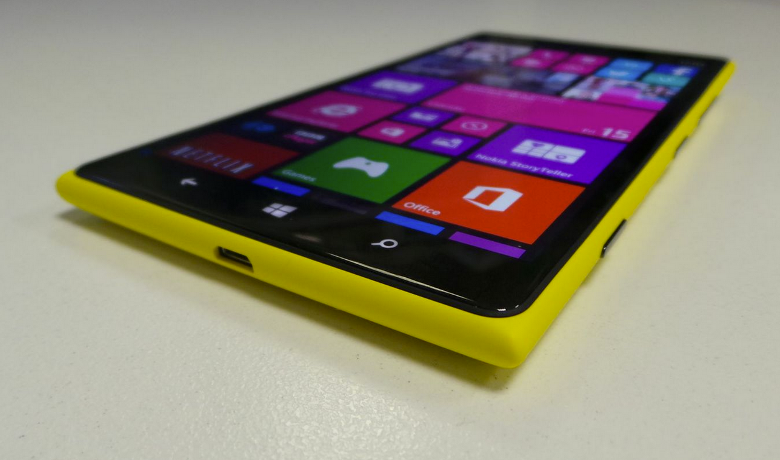 Every other list out there will tell you that the Lumia 1020 is the way to go if you’re looking for a high-end Windows Phone experience – and I agree entirely. The “Warthog” is the way to go if you’re looking for the best mobile camera you’ve ever seen, mated to an excellent Windows smartphone. But it’s not the only option. For about the same price on AT&T, you could go for the newer Lumia 1520 instead. Sure, it’s a mammoth mutant that you’ll have a tough time fitting into most pockets, but its oversized frame allows for a bigger, higher-resolution screen than you’ll find on any other Windows Phone – a canvas that lets the software breathe in a very useful way. And photos and videos from the 1520’s big 20MP PureView camera look pretty good on that screen, too.

At $99.99 on contract, you may have already jogged down to your local AT&T retailer to snap one of these up – but if not, you might be able to squeeze the carrier for an additional “holiday” discount. Considering what we’ve heard about constrained supply, though, we’re not sure how likely that is. Good thing the advertised price is such a relative steal. 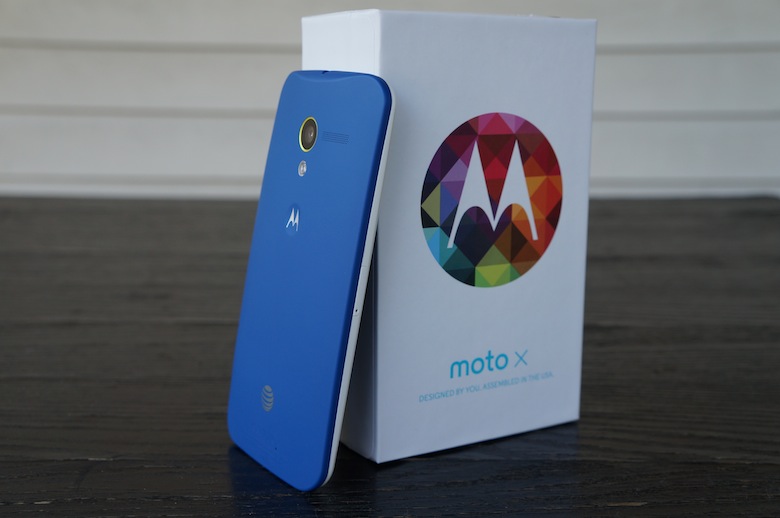 We’d have liked nothing better than to top the Android list with our new favorite weirdo, the LG G Flex. But with the world’s curviest phone still some months from US availability, the honor goes to a device we’ve long lauded for its understated greatness: Google’s Moto X.

The Moto X packs a hardware load that makes it tough for spec geeks to quantify (which should be indication enough that it’s a winner). More than delivering in performance, though, its X8 Mobile Computing System makes possible some wonderfully innovative features, and its vibrant 4.7-inch display is couched in a fuselage so comfortable we wonder why more manufacturers aren’t taking their hardware cues from Motorola. Add in the Moto Maker customization suite, and you’ve got the perfect phone for someone who wants to make a statement without resorting to rhinestones.

Our hipster friends may give us bunk for once again sending you to the evil empire, but Wal Mart is truly killing it here: the Moto X will be selling for $49 on-contract with your choice of Verizon, Sprint, or AT&T service. That’s not even counting the $100 gift card the Waltons are throwing in, either. The only down-side is the probable lack of customizability here, with these deals confined to in-stock inventory … but for those prices, it’s totally worth settling for Motorola’s cool woven Kevlar black. 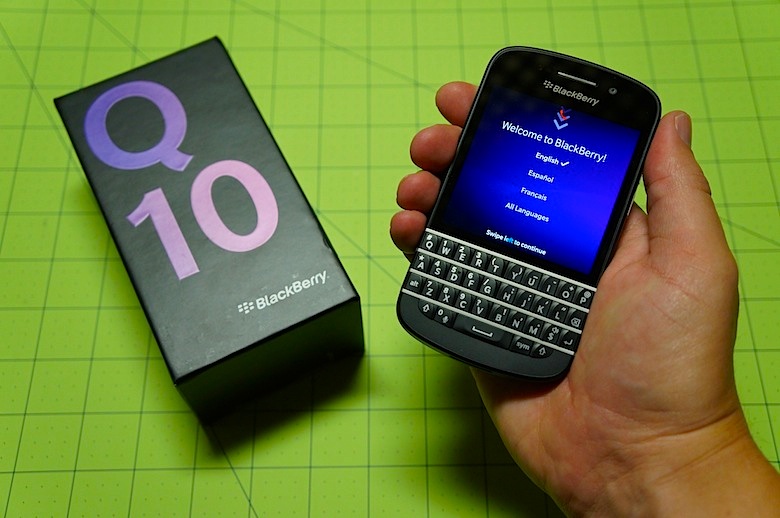 It’s pretty fashionable to beat up on BlackBerry these days (much as it has been for the past four years or so), and we have our share of doubts that the company will ultimately be able to recover from its recent nose dive. In the meantime, though, the company still has smartphones on some shelves – and none are more interesting, to my eye, than the Q10.

Mashing an excellent old-style keyboard with the modern-day touchscreen and futuristic gesture-driven interface, the Q10 is quite a conundrum. We gave it largely favorable marks in our full review, and it’s fair to say the company is in its current situation not because it opted to make a device like this, but because it didn’t do so soon enough. For those who value an excellent physical keyboard and a unique UI more than a robust ecosystem, the Q10 should fit the bill nicely. (It also gets bonus points for its ability to sideload some Android apps, which will put smiles on the faces of do-it-yourself-ers.)

T-Mobile USA is still demanding $99 up front for the Q10, a price point that, together with the device’s retail absence, should tell you something about the carrier’s level of interest in supporting BlackBerry. AT&T is in the same boat for now, but we wouldn’t be surprised to see carriers or resellers use the holiday as an opportunity to lighten up their inventory. Keep an eye on the discount sites and let us know if you see anything, and stay safe out there – your perfect contrarian’s gift isn’t worth anything if it’s trampled underfoot in a shopping-mall stampede.

Have something to add? Disagree with our selections? Drop a line down below, but also be sure to make your voice heard in a bigger forum: vote for your favorite smartphone in this year’s Pocketnow Readers’ Choice Awards!